Fonseka a pawn in game to checkmate Rajapaksa: Lanka media

Source: PTI
May 22, 2012 12:12 IST
While Sri Lanka's state media chose to ignore Sarath Fonseka's release from prison, pro-government newspapers said on Tuesday that the former army chief had become a "political pawn" in the hands of foreign countries against President Mahinda Rajapaksa.

The story of Fonseka's release dominated the local media, with many a speculation about the war hero's future political plans.

The English, Sinhala and even Tamil press leads with Fonseka's comment that he would dedicate himself to serving the people -- a hint that he would continue to lead his Democratic National Alliance. The state media's silence over Fonseka's release, however, was deafening.

Out of the editorial comments, the Sinhala nationalist Divayina was the most hard hitting; "Fonseka earned the wrath overseas for saying that Sri Lanka is the nation of the Sinhalese".

"The former army commander who made many sacrifices during the war needs to realise that politics is a dirty game. He became a political pawn and ended up in prison."

Its sister English paper, the pro-government The Island says the battle was now on to win back his civic rights. Ceylon Today, the paper owned by Tiran Alles, a parliamentarian from Fonseka's DNA who was credited with negotiations to win back freedom for Fonseka, quoted an unnamed attorney general department official as saying that despite being released Fonseka's civic rights had not been restored.

"The constitution does not permit a person who has been sentenced to prison for more than two years to engage in the political process as a contestant for seven years," it said.

Fonseka was sentenced to two separate jail terms, the first a 30 month sentence while the last, a 3-year sentence.

President Rajapaksa's order granting him pardon was in respect of the three-year sentence.

The Sinhalese daily Lakbima argued, based on legal opinions, that the presidential pardon had zeroed the former army chief's conviction and jail terms. Hence, there would be no legal impediments over him re-entering politics. 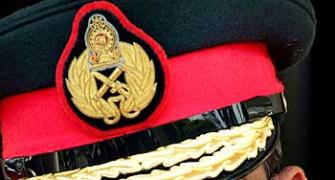 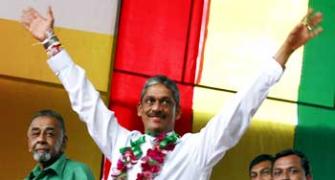 Sri Lankan army chief who crushed LTTE to be released