Focus on double vaccination first: Experts amid calls for booster

India should prioritise double vaccinating its eligible population against Covid over booster shots given the large number of people still to get the base layer of protection against the infection, say scientists. IMAGE: A beneficiary reacts while receiving a dose of the COVID-19 vaccine at a hospital in Prayagraj. Photograph: Nitin Sharma/ANI Photo

Concerns over the Omicron variant and waning vaccine-induced protection against the infection have highlighted the need for boosters to protect the most vulnerable. And while many countries have already started giving booster shots, several experts said the priority in India has to be different given that large-scale immunisation programme began only six-eight months go.

In advocating putting boosters on the back-burner for the moment, the experts' opinion runs counter to the Indian SARS-CoV-2 Genomics Sequencing Consortium (INSACOG) that has recommended a booster dose for those above 40 years in high-risk and high-exposure populations.

The INSACOG is a network of national testing labs set up by the government to monitor genomic variations of COVID-19.

“We have a large proportion of our population in the below 18 age-group. Until that is achieved, a uniform policy for second booster, or a third dose, is not advisable,” immunologist Vineeta Bal told PTI, pointing out that large-scale vaccination in India began only in March 2021.

What we should focus on, she said, is fully vaccinating all the eligible population in India and pushing for vaccination of the under 18 age group on a large scale.

“Consistent finding with breakthrough infections is that these episodes are less in severity as compared to unvaccinated. That still confirms that immunity does exist in vaccinated individuals in India,” Bal, guest faculty at Pune's Indian Institute of Science Education and Research, told PTI.

Satyajit Rath, from New Delhi's National Institute of Immunology, added that it is not clear yet if boosters are needed for any vaccine worldwide yet.

“The duration of immune responses and protection are beginning to show differences, too, in recent studies. So I would be loath to jump the gun and say anything very definitive about boosters based on these data,” he told PTI.

Bal agreed that there is no solid data on waning immunity in India. In principle, of course, immunity will wane with time.

“Antibody levels in serum will be lower six months down the road than soon after vaccination but that is not the only and adequate evidence of significant lowering of protective immunity which is based on immunological memory,” she added.

Vasant Nagvekar, a consultant on infectious diseases at a Mumbai-based hospital and a member of the Maharashtra government's COVID-19 task force on Thursday, said a booster dose of vaccine, even if it works, is just a temporary fix and the emphasis should instead be on mask use.

"Scientific data has proven that masks can reduce COVID-91 transmission by 53 per cent...A booster dose of vaccine, even if it works, is just a temporary fix. We can't keep on taking boosters every six months and for every variant of concern that emerges. Masking is the need of the hour and there is no Alternative for vaccination," he said in a statement.

“What we should have been doing, and maybe should still be doing, is providing better and better masks, reusable and biodegradable, freely and widely accessible on a large scale, and to build a community-driven programme and campaign for cultural adoption of Covid-appropriate behaviour.”

“That will quite likely be reasonably effective against future variants too,” the scientist added.

Pune-based Serum Institute of India, which manufactures Covishield, on Thursday sought approval from India's drug regulator for a booster dose, citing adequate stock of the vaccine in the country and a demand for a third shot due to the emergence of new coronavirus variants.

The government in a press briefing has said scientific reasoning for booster vaccine doses for COVID-19 is under examination but the priority is to ensure complete vaccination of the eligible population with both doses.

Kerala, Rajasthan, Karnataka and Chhattisgarh have urged the Centre to decide on allowing booster doses of the Covid vaccine diseased amid Omicron concerns.

In Bal's view, fully vaccinated individuals still show protection and nobody knows whether the Omicron variant will spread as rapidly as Delta did earlier and whether it will be more or less transmissible than Delta.

"At individual levels, booster doses would result in boosting pre-existing response further, and this will certainly be useful, in principle,” she said.

“However, current vaccines will still use the old reference strain-based vaccine, hence neither Delta-specific nor Omicron-specific boosting can be achieved by a booster dose,” Bal added.

Bal said the virus will continue to mutate, more so since a huge number of individuals in lower-middle-income countries and also in developed countries remain unvaccinated.

“Concentrating efforts on newer and newer variants for vaccine development does not appear practical,” she added.

Rath said while booster doses may provide some increase in antibody levels, how long that extra protection lasts is not known.

“Will that increase, as long as it lasts, contribute to some better protection against virus spread? Yes, but it will quite likely not be a very large effect. Will boosters of the current vaccines protect against future variants? The answer is, who knows?” the scientist added.

At least 36 countries are administering booster doses of the Covid vaccine, according to Our World in Data.

However, the WHO wants the most vulnerable people worldwide to be fully vaccinated first.

According to a study in The Lancet, six different COVID-19 boosters are safe and provoke a strong immune response in people who have previously received a two-dose course of AstraZeneca or Pfizer vaccines.

"However, vaccinating people from the global south is very critical at this point. We have seen how rapidly Omicron crossed national and continental barriers to reach different parts of the globe.

“Unless pretty much everybody is vaccinated globally there is no way of sitting back, the immunologist added. 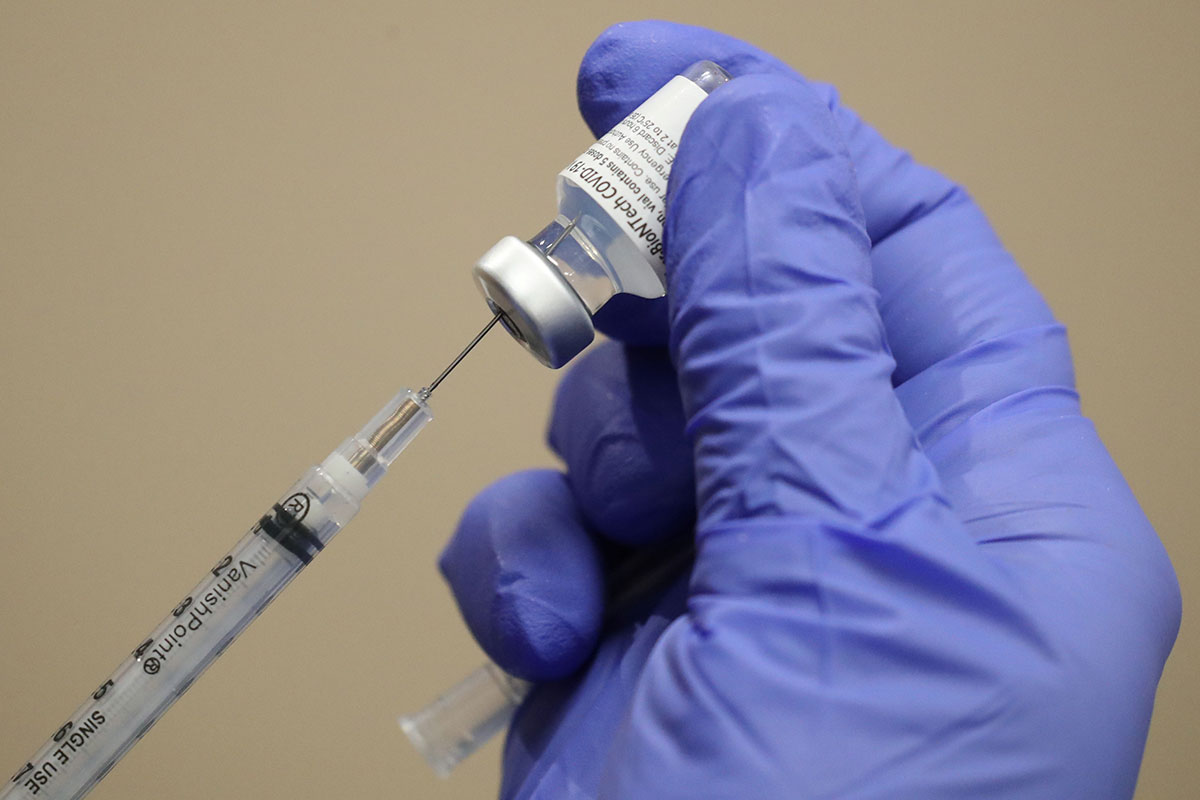