The Assam Police on Saturday registered an first information report under an anti-terror law against activist Sharjil Imam, who came to limelight during the ongoing protests against the Citizenship Amendment Act in Delhi's Shaheen Bagh, for his alleged remarks threatening to 'cut-off' the state from rest of India.

Additional Director General of Assam Police G P Singh said the FIR was registered against Imam under the Unlawful Activities (Prevention) Act at the crime branch police station in Guwahati.

'An FIR has been lodged against Sharjil Imam for his speech and inter alia commission of offence u/s 13 (1)/18 of the UA(P)ACT read with section 153 A, 153 B and 124 A IPC at Guwahati Crime Branch Police Station,' Singh tweeted along with the purported video of Imam's speech.

Imam was heard telling in the audio clip that Assam should be cut-off from the rest of India as Bengalis -- both Hindus and Muslims -- are being killed or put into detention centres.

Earlier, Assam Minister Himanta Biswa Sarma said the Assam government would register a case against Imam his 'seditious' comment 'aimed' at disrupting law and order in the state.

"Assam government has taken cognisance of this very seditious statement and we will register a case against this individual," Sarma said. 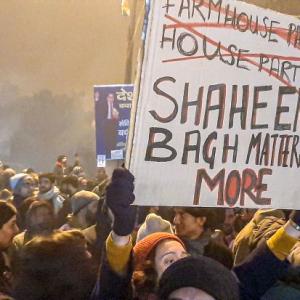