An American citizen was detained at the Indira Gandhi International airport in New Delhi after a knife was found in his hand baggage and a FBI team joined Indian investigators to probe if he had any terror link like LeT operative David Headley.

Investigators were also conducting a chemical examination of the herbal plant "Shilajit" in which 61-year-old Winston Marshall Carmichael had allegedly concealed a knife. He remained in detention for the second day today.

The FBI officials were also questioning him and verifying his activities back in the US, official sources said.

Carmichael, a convert from Christianity to Islam, had a tourist visa to India, Pakistan and Bangladesh and came here from Bangladesh. He was detained minutes before he was to board a Qatar-bound flight last night.

He arrived in India in January last week and travelled to Pakistan in Samjauta Express where he had attended religious congregations of Tabliq-e-Islam and went up to Karachi before flying to Dhaka in a Pakistan International Air flight.

Carmichael later entered India through West Bengal and took a train to the national capital where he was staying in a hotel at Nizamuddin.

The knife concealed in a herbal plant 'Shilajit' and recovered by CISF from the hand baggage of Carmichael was 4.3 by 1.5 inches which is too small to be considered in the category of a weapon, the sources said.

The Shilajit plant, as claimed by the detained US national, had been sent for a chemical examination and a report was awaited.

In the meantime, the Delhi Police and security agencies were verifying his places of stay in the national capital and travel from West Bengal. 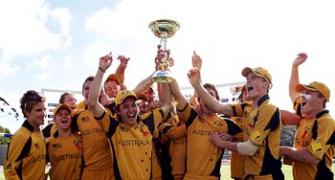 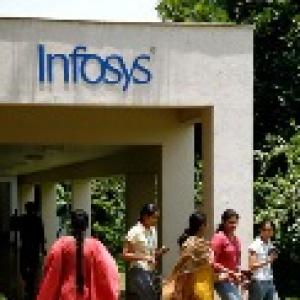 Infosys Mysore to get CISF security too