The National Conference (NC) on Friday claimed that authorities in Jammu and Kashmir prevented its president Farooq Abdullah from leaving his residence to offer prayers at the Hazratbal shrine in Srinagar on the occasion of Milad-un-Nabi. 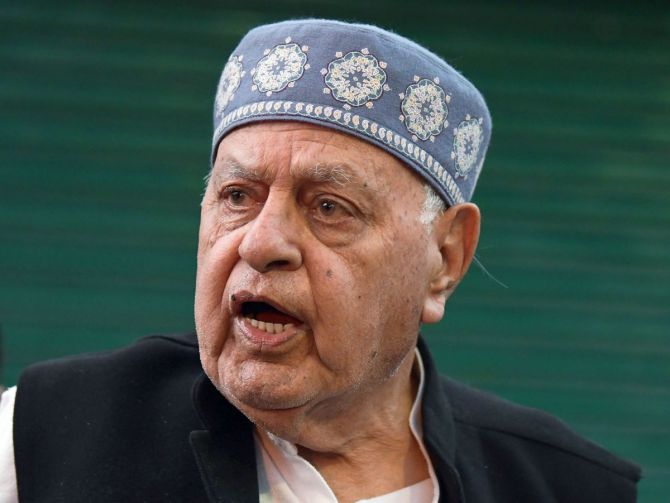 No official from the administration was available for comments on the issue.

'J&K administration has blocked the residence of Party President Dr Farooq Abdullah and stopped him from offering prayers at Dargah Hazratbal.

'JKNC condemns this infringement of fundamental right to pray, especially on the auspicious occasion of Milad Un Nabi SAW,' the NC said on its Twitter handle.

Farooq Abdullah, who represents Srinagar in the Lok Sabha, was supposed to visit the Hazratbal shrine, on the banks of the Dal Lake, to pray there on the occasion.

Milad-un-Nabi marks the birth anniversary of Prophet Muhammad and it is observed in the month of Rabi' al-awwal, the third month in the Islamic calendar. 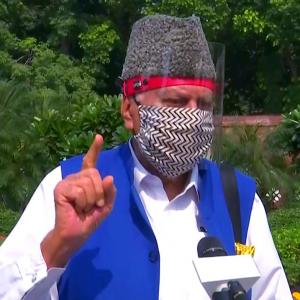 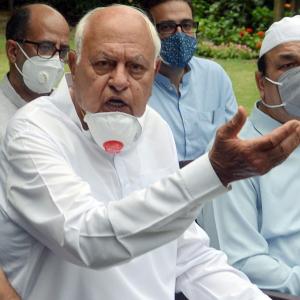