The Republic Day tractor parade by agitating farmers will feature a number of tableaux from across states depicting village life, the protest against the Centre's contentious farm laws, and hailing their courage, according to organisers. 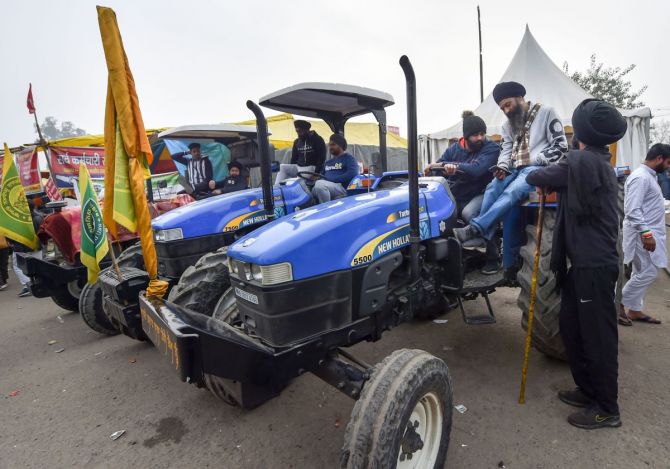 A farmer leader told PTI that directions were issued to all organisations participating in the protest to prepare tableaux for the parade.

"Around one lakh tractor-trolleys from across the country will participate in the parade. Around 30 per cent of these will have tableaux on different themes, including the history of the farmers' movement in India, the role of women farmers and farming practices followed in different states," he said.

A few children from Maharashtra's Vidarbha region have also planned a tableau on farmer suicides.

"Children of farmers who committed suicide are expected to participate in the parade. Their tableau will depict the hardships faced by farmers of the region that faces water scarcity," a member of Swaraj India said.

Tableaux from states like Himachal Pradesh, Jammu and Kashmir and Uttarakhand will show how fruits and vegetables are cultivated in the hilly regions.

Participants from Punjab and Haryana will showcase traditional and modern farming technology and statues of women milking cows and farmers driving bullock carts.

A member of the Samyukta Kisan Morcha (SKM), a joint front of the protesting farmer unions, said the parade is likely to start from the five border points of Delhi -- Singhu, Tikri, Ghazipur, Palwal and Shahjahanpur -- where farmers have been camping since November 28 last year.

The tractor parade will start after the official Republic Day parade concludes at Rajpath and cover a distance of more than 100 kilometers before culminating around 6 pm, he said.

A war room has been set up at each protest site to ensure effective coordination during the parade.

There will 40 members, including doctors, security personnel and social media managers, in each of these rooms, the SKM member said.

Farmer leaders said only five people will be allowed on a tractor and strict vigil is being maintained to thwart any criminal activity.

A team of mechanics has also been formed to carry out any repair work in case the need arises.

Farmer leaders asked all participants to carry jackets and blankets to shield themselves against the cold.

"Everyone has to return to the starting point after the parade," one of the leaders said.

The Delhi Police has agreed to remove the barricades at Singhu and Tikri to let farmers enter the national capital.

Farmer leaders said the tractor parade will remain peaceful will not affect the official Republic Day parade in any way.

However, the protesting farmers have expressed their apprehension that the new laws would pave the way for eliminating the safety cushion of minimum support price and do away with the mandi (wholesale market) system, leaving them at the mercy of big corporates. 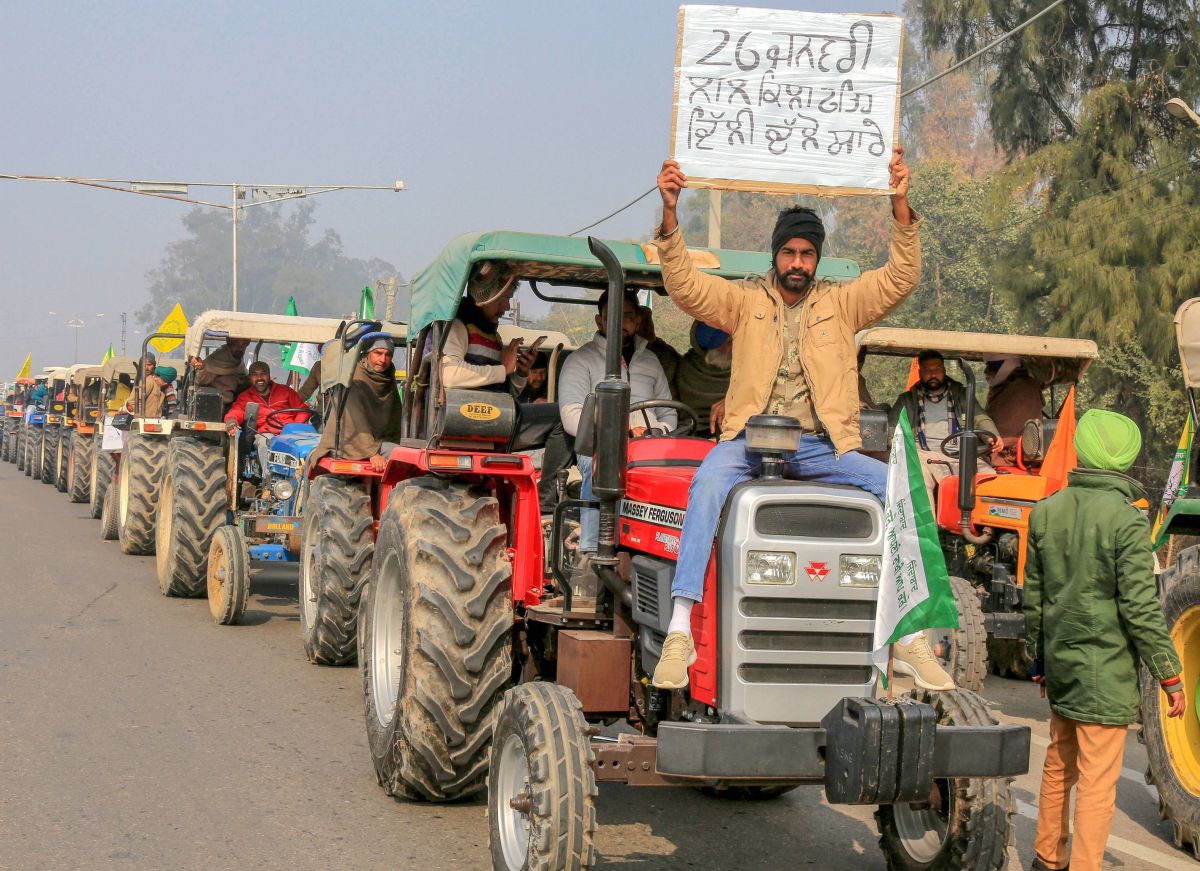