Maharashtra Deputy Chief Minister Devendra Fadnavis on Tuesday said he had proposed to Bharatiya Janata Party leadership to make Eknath Shinde, who had rebelled against Shiv Sena leadership, the new chief minister after the collapse of the Maha Vikas Aghadi government last week. 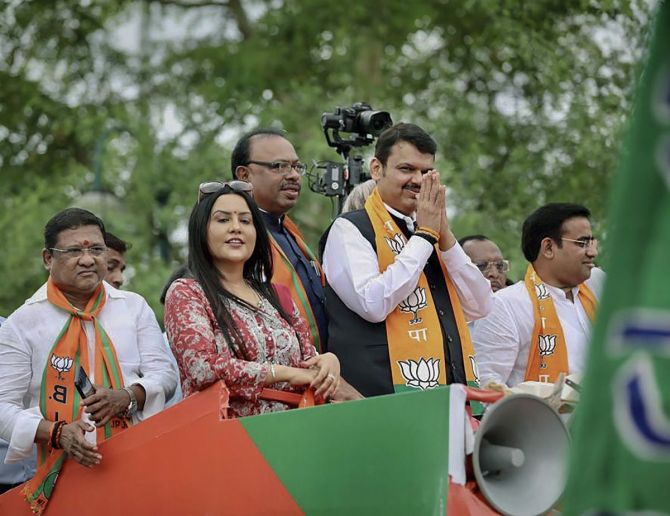 Fadnavis also admitted that he was not mentally prepared to assume the post of deputy CM, but changed his decision after a discussion was held with Prime Minister Narendra Modi and intervention by BJP president J P Nadda and Union home minister Amit Shah.

Fadnavis said BJP leadership believed that he should be part of the government as it was not right to run the government through an 'extra-constitutional authority'.

He was given a rousing welcome by BJP cadres as he arrived in his hometown Nagpur on his first visit after assuming the charge of his new office.

Talking to reporters in Nagpur, Fadnavis said the BJP-Shiv Sena alliance had won the 2019 elections, but the mandate was 'stolen'.

So his party and the Shinde-led Shiv Sena faction came together for a 'common ideology and not for power'.

"Our leaders Narendra Modi ji, Amit Shah and J P Nadda ji and with my approval (the decision to make Shinde the CM was taken).... It will not be wrong if it is said that I took this proposal (to the BJP leadership) that Shinde is made the chief minister and they (the leadership) accepted it," Fadnavis said.

Shinde was sworn in as the chief minister on June 30 with Fadnavis as his deputy, a day after Uddhav Thackeray resigned as the CM ahead of the floor test.

"It was also decided that I will stay out of the government. But BJP president J P Nadda called me and said the party has decided (to make me the deputy chief minister). Even Union Home Minister Amit Shah also spoke to me," Fadnavis said.

Fadnavis said he was not mentally prepared to accept the deputy CM's post and had made up his mind that he will help the Eknath Shinde government from outside.

"But I changed my decision obeying the orders of my leaders," he added.

Fadnavis said Eknath Shinde is the 'torch bearer' of Shiv Sena's ideological legacy while the family legacy is with Uddhav Thackeray.

He, however, refused to reply to a query on which of these two factions, one led by Shinde and another by Thackeray, is the real Shiv Sena and which group should get the party's election symbol.

Fadnavis said the BJP had decided to 'help' after Shiv Sena legislators complained to them that the powers opposed to Hindutva (read Nationalist Congress Party and Congress) are getting stronger at the Sena's expense.

"Shiv Sena legislators during discussions with us used to say that they were in two minds on how to face people in the next elections and on what ground ask people for votes.

"The party which stood on the principle of Hindutva is now standing with those powers which are opposed to Hindutva. These powers are becoming stronger using our shoulders and our party is becoming weaker. This is what they used to say. So we decided to help and support them," Fadnavis said, a day after the Eknath Shinde-led government comfortably won the trust vote in the Legislative Assembly against MVA.

Fadnavis thanked Amit Shah, saying the latter stood like a mountain behind them during all these happenings.

He also said the Shinde government will complete the remaining term of two-and-a-half years and return to power with an absolute mandate.

Fadnavis praised MNS chief Raj Thackeray over a letter written by him.

"His letter is very inspiring. I don't know how to reply. I will meet Raj soon," the BJP leader said.

When asked about his role, if any, in the recent revolt by Eknath Shinde and the planning involved, Fadnavis quipped 'all things are not to be told'.

Shinde's rebellion with a bulk of Sena MLAs led to the collapse of the Uddhav Thackeray-led MVA government last month.

"This is like a suspense film (in which) everything becomes clear for all soon. But, I will tell you one thing this unrest (in Shiv Sena) came to my notice in the first two months (probably after the formation of the MVA government) itself and I kept an eye on it. Taking the right steps at right time is called politics," said Fadnavis.

He said a report on (restoring) the OBC reservation will be submitted to the legislature and the court.

"I will speak with OBC leaders on this matter," he added. 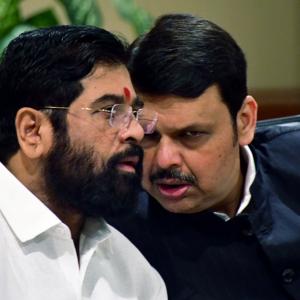