Preliminary investigations into the Delhi high court bomb blast have indicated that a nitrate-based explosive was used.

"A small crater has been created where the explosive was placed. Examination of the blast site indicates that a nitrate based explosive with traces of PETN or Pentaerythritol Trinitrate was used," said U K Bansal, special secretary home department. Bansal also added that PETN is an "explosive of choice".

Apparently, PETN is used for heart ailments to smoothen the blood flow. The chemical which was discovered by German forces in World War-I has become a favourite terror toy in the hands of organisations like Lashker-e-Tayiba, Hizbul Mujahideen and Al-Qaeda which have used it globally to cause mayhem.

However, traces of PETN in the explosive used has come as a huge surprise to forensic experts. "There are very few cases in the country where the use of PETN has been detected. This explosive is not very easily available," said a former director of forensic laboratory in Maharashtra.

"It is an RDX category of explosive and is not normally available. It is used in the making of hand grenades. It is also used in detonators which are used in the explosion of explosives," said Dr Vyas, director of state forensic science laboratory, Gujarat.

Also read: Delhi blast: How much explosive was used?

According to forensic experts, no standard bomb can be made using PETN. The explosive is used only to make highly sophisticated bombs or explosives, or detonators. It's an explosive that is comparable to RDX and usually used for military exercises or operations.

"PETN is usually used along with TNT and pellets in the making of hand grenades, but it has never really been reported as a common component of any IED," said Dr Rukmini Krishnamoorthy.

While the explosive is considered an equivalent of RDX, it is not common and not easily available. Pentaerythritol Trinitrate or PETN is a major ingredient of Semtex and belongs to the same chemical family as nitroglycerin. It is one of the most powerful explosives made today and is a favourite among terrorists because its colourless crystals are hard to detect in a sealed container.

PETN is relatively stable and is detonated either by heat or a shockwave. A little more than 100 gm of PETN could destroy a car, say experts.

PETN, which has become popular over the years because it does not get easily detected, is not used in isolation but is laced with more volatile explosives like Ammonium Nitrate or Potassium Nitrate to increase the intensity of the blast. The chemical normally used as vasodilator in the medical field gained notoriety in India between 2003-05 when militants in Jammu and Kashmir used it in many of their attacks with most deadly being a car bombing in Pattan, North Kashmir in 2003. In last year's blast in Varanasi also the use of PETN was suspected by investigative agencies.

It may be recalled that the same explosive was used by the "shoe bomber", who tried to set off a PETN device  on an American Airlines jet to Miami in 2001, in 2009 Christmas Day bomb plot in the Philippines, and in the 2010 cargo plane bomb plot in London and Dubai.

"A forensic team of Central Forensic Science Laboratory, Delhi, has collected forensic evidence from the spot which is being examined for clues. The National Security Guard post blast investigation team has also collected relevant traces residue from the spot and is conducting its own forensic examination. The reports of this scientific examination will be available to the National Investigation Agency shortly," he said. Bansal said the Delhi police has been put on high alert and vigorous investigations are in progress including checking of guest houses, hotels, bus stands, railway stations and airports. 'I was fine, but the man next to me lost his legs'
Why many blast cases remain unsolved 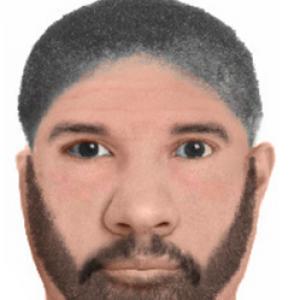