Mulayam Singh joining the Cabinet will be good news for many who increasingly worried about the stability of the United Progressive Alliance government. Sheela Bhatt reports

Yadav's readiness will be good news for many, including the industry and players in the stock market, who are increasingly worried about the stability of the government.

Although talks between the SP and Congress has not reached the final stage due to budget session and other preoccupations, it is certain that when Mulayam Singh joins the Cabinet it will be a shot in the arm for the United Progressive Alliance government led by Prime Minister Manmohan Singh.

In view of the newly-earned power by his party in Lucknow and the fact that his son Akhilesh is inexperienced to run
the government, Mulayam Singh seems to be taking the long-term view.

The source claimed that Yadav, one of the most pragmatic political leaders in the league of Nationalist Congress Party chief Sharad Pawar, does not want to dilute focus from issues of his state. His son needs a lot of funds from the Centre and the state is in need of new dynamic planning for fast-paced development.

One of the factors behind Yadav's move to join Dr Singh's Cabinet is because in the new assembly of Uttar Pradesh, out of 403 members, 68 MLAs are Muslims.

SP had fielded 78 Muslim candidates and 43 of them have won. It's an unprecedented political situation that would require SP to satisfy minority aspirations. The dominant presence of elected representatives of Muslim minority
within SP rules out SP's any trick with the Bharatiya Janata Party.

Yadav has also come closer, once again, to his old buddies in the Communist Party of India-Marxist. Trinamool Congress chief Mamata Banerjee's ambition to advance Lok Sabha poll and her stubborn ways to not yield any ground to the United Progressive Alliance, particularly to the Congress suggests that Congress party would like to bind the SP with UPA and would like covert linkages with the CPI-M. 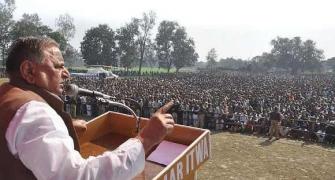 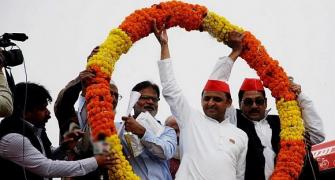 Thrown at the deep end, Akhilesh will HAVE to survive 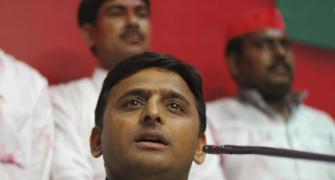 Akhilesh Yadav is UP's next CM; swearing-in on March 15 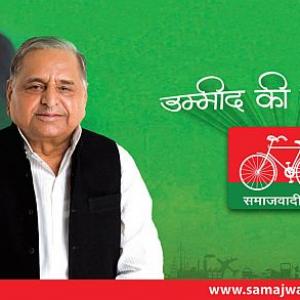 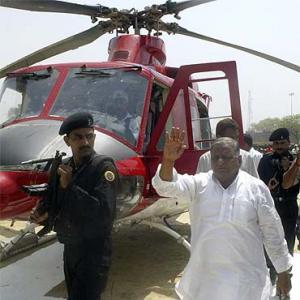 'Mayawati only believes in the policy of minting money'