Former chief minister of Goa and Congress veteran Luizinho Faleiro, resigned as an MLA and a primary member of the party on Monday claiming the state party unit is run by a 'coterie' of leaders even as he praised Trinamool Congress chief Mamata Banerjee saying the country needs a leader like her to take on Prime Minister Narendra Modi. 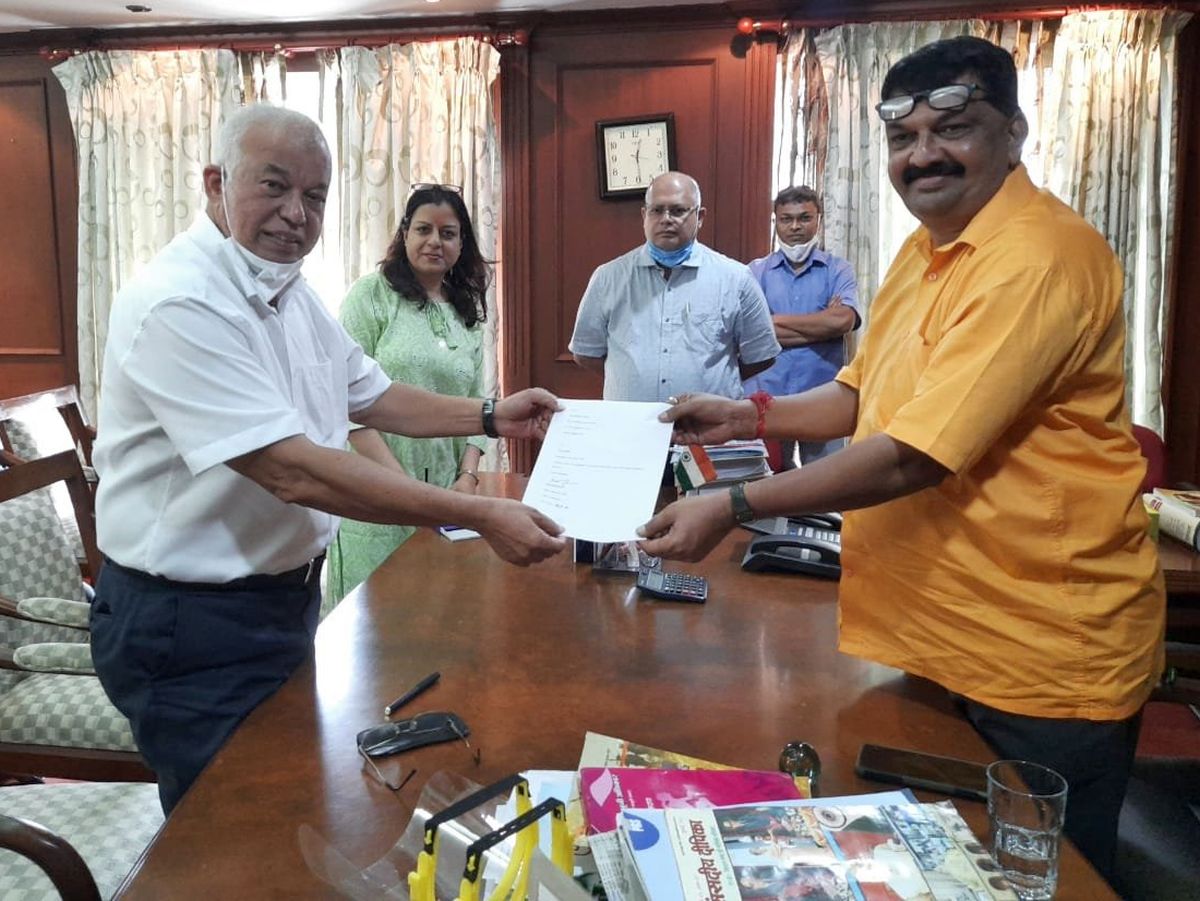 Faleiro, however, didn't reveal his plans amid speculations that he might join the TMC.

Addressing his resignation letter to All India Congress Committee president Sonia Gandhi, Faleiro, who represented Navelim seat, described the Goa Congress unit as 'a cruel parody of what the Congress stands for'.

In his resignation letter, Faleiro also accused former AICC Goa Desk in-charge Digvijaya Singh, without naming him, of stopping him to stake claim to form the government in 2017 despite the Congress having the required number of MLAs on its side.

'I was prevented from going to the governor by the AICC desk in-charge and was asked to wait till we had 24 MLAs, a decision that eventually cost us the government and allowed the Bharatiya Janata Party to steal the mandate through manipulations and inducements,' he alleged.

He repeated the allegation in the press conference also without taking any name.

Reacting to Faleiro's exit, Goa Congress termed it as a 'blessing in disguise' saying he had lost touch with the people in his constituency.

Taking a swipe at the TMC's announcement to contest the Goa Assembly polls, due early next year, the Congress said the TMC in Goa doesn't look like a 'Mamata model' but seems a 'Modi-Shah model'.

Faleiro, an MLA and the current chief of the Goa Congress's campaign committee, submitted his resignation to Assembly Speaker Rajesh Patnekar.

With his resignation, Congress's strength in the 40-member House has been reduced to four.

"I met certain leaders, they said yes, you are a Congressman, I am a Congressman for last 40 years, I will continue to be a Congressman and part of Congress family...," Faleiro told reporters at his private residence in Margao, about 30 km from Panaji, earlier in the day.

"This family has to come together to fight Modi. Mamata is the one who has given a fight to Narendra Modi and his juggernaut," he said.

He further said the 'Mamata formula' has won in West Bengal.

"She has been able to stand up...she is a street-fighter," the 70-year-old leader said.

"We need such fighters who have the same wavelength, ideology, principles and programmes. The country needs a leader like Mamata," he said.

"I am a Congressman, I would like a larger picture of all the Congress parties (which have split from the Congress) to come together and fight the next parliamentary election. I would do everything to achieve this dream. It is my dream," he said.

In his resignation letter, Faleiro stated the (Goa Congress unit is) 'led by a coterie of leaders who prioritize personal gains over the responsibility we owe to our people. We have utterly failed to even be an effective opposition'.

The two-page resignation letter also mentions that 'the Congress party in Goa is not the same party for which we had sacrificed and fought'.

'It is functioning contrary to every ideal and principle of its founding fathers upheld by Indiraji, Rajivji and you (Sonia Gandhi),' it said.

'Shri Rahul Gandhiji too has been uncompromising in his fight against the forces that seek to destroy the fabric of our nation.

'However, the Goa unit of the party has become a cruel parody of what the Congress stands for,' he added.

Faleiro, who tendered his resignation as an MLA to Goa Assembly speaker, said, 'till now, none is being held accountable for the loss of our 13 MLAs while sidelining of true Congress workers continues'.

'I see absolutely no hope or even the will to prevent the collapse of the party and the change for the better,' he said.

Faleiro was referring to the 13 MLAs crossing over to the BJP over the last five years, reducing Congress to a single-digit entity in the 40-member House.

Praising Mamata Benerjee and calling for the unification of the fragmented Congress, Faleiro told reporters that he wanted to bring a new dawn to Goa.

"Goa needs a credible alternative and my resignation is a call for unification," he added.

Faleiro was credited with devising strategies and stitching alliances that led to the formation of governments in Mizoram, Meghalaya, Arunachal Pradesh and Manipur. In 2013, he was chairman of the Karnataka Pradesh Assembly Elections Screening Committee.

AICC Goa Desk in-charge Dinesh Gundu Rao told reporters that the resignation of Faleiro is a 'blessing in disguise' as the senior leader had lost the connection with the people in his constituency (Navelim).

'The party was reassessing the situation in the constituency (Navelim). There are so many aspirants in that constituency who can contest and win on the Congress ticket,' he said.

Speaking on the TMC's announcement to contest upcoming polls, he said the real intention of the TMC in entering Goa raises a lot of questions that need to be answered.

"What are they (TMC) going to do? Whom are they helping? Nobody comes 3-4 months before elections (in a poll-bound state). TMC leader (and West Bengal CM) Mamata Banerjee behaves responsibly but his model of TMC does not look like a Mamata Model, rather it looks like a Modi-Amit Shah model," Rao, flanked by Goa Pradesh Congress Committee president Girish Chodankar, Leader of Opposition Digambar Kamat and others, told reporters in Panaji.

Chodankar said Faleiro's resignation, at a time when the Congress is emerging as a main opposition against the BJP, shows that he has ditched the Goan people.

"Goans will never forgive Luizinho Faleiro," he said, adding that Faleiro was never on the forefront of any agitations launched by Congress.

"Faleiro now speaks of starting a movement in Goa. Where was he when Congress was raising various issues," Chodankar questioned.

TMC leader Derek O'Brien told PTI on Saturday in Goa that the party will be contesting the upcoming Assembly polls and they were in touch with several local leaders.

He had said that the TMC will announce its chief ministerial candidate soon.

In the 2017 Assembly elections in Goa, Congress won the highest 17 seats in the 40-member House restricting the BJP to 13.

However, surprising the Congress, the saffron party allied with regional parties and formed government under the leadership of senior leader Manohar Parrikar.

The Aam Aadmi Party has already thrown its hat in the ring ahead of the polls, with the party's national convener and Delhi Chief Minister Arvind Kejriwal announcing free power up to 300 units per month and 80 per cent jobs for locals if his party is voted to power during his recent visit to Panaji.