Will evacuate all Indians: Govt at all-party meet on Afghanistan

The government is committed to "full evacuation" of Indians from Afghanistan, where the situation is "critical", external affairs minister S Jaishankar said on Thursday after briefing the leaders at an all-party meet on the Afghan situation. During the meeting, which lasted for about three and a half hours, Jaishankar said the government has adopted a "wait and watch" approach in dealing with the Taliban, depending on the evolving situation, and later told reporters in an answer to a similar question that let the situation settle down there.

"Let the situation settle...You will have to keep patience on the question of our future policy," he said when asked about the government's approach towards the Taliban.

Later in a tweet, Jaishankar said, "our immediate concern and task is evacuation and long term interest is the friendship for the Afghan people".

Besides Jaishankar, Union minister and Leader of the House in Rajya Sabha Piyush Goyal and parliamentary affairs minister Pralhad Joshi were also present during the briefing on the latest situation in Afghanistan after the Taliban captured power there last week. Senior officials of the external affairs ministry, including foreign secretary Harsh Shringla also participated in the meeting.

As per the evacuation data shared among the participants at the meet, the government has evacuated --175 embassy personnel, 263 other Indian nationals, 112 Afghan nationals including Hindus and Sikhs, 15 third country nationals and the total figure stood at 565.

The document further said the government also facilitated the evacuation of Indians by other agencies.

"We have a strong national position on Afghanistan. The friendship with the Afghan people is something which matters to all of us. So we (all parties) approached this situation very much in a spirit of national unity," he told reporters.

Under Operation 'Devi Shakti', the government has undertaken six flights and brought back most of the Indians but not all of them, he said, noting that a few Indians are still there.

"Some of them could not make the flight yesterday. But definitely we will try and bring everybody. We have also brought out some Afghan citizens who wanted to come to india at this point of time. We have tried to address many of the other issues by instituting an E-visa policy. So the overall sense was that the government is very very strongly committed to ensuring the full evacuation as soon as possible," he said.

With the situation in Afghanistan fluid, he said there will be a lot of activity on this front but at the moment India's "focus is on evacuation and the government is doing every thing to ensure that we bring back our people".

On the all-party meet, he tweeted "briefed the floor leaders of all political parties today on Afghanistan and 37 leaders from 31 parties attended. Thank them all."

He said India's strong friendship with the people of Afghanistan is reflected in the more than 500 projects it has there and that the friendship will continue to guide New Delhi.

"We have undertaken evacuation operations in extremely difficult conditions especially at the airport. Our immediate concern and task is evacuation and long term interest is the friendship for the Afghan people," he said.

Sources said Jaishankar apprised the floor leaders about the pre-emptive measures taken by India including the temporary withdrawal of Indian personnel from its consulates in Herat and Jalalabad in April last year, scaling down of the strength of the embassy in Kabul in June this year.

Last year in February, Taliban leaders and the US inked a pact in Doha in February 2020 which envisaged religious freedom and democracy, with a government in Kabul that represented all sections of Afghan society after the withdrawal of American troops.

Jaishankar also cited the evacuation of Indian staff from the Indian consulates in Kandahar on July 10-11 and from Mazar-e-Sharif on August 10-11, besides mentioning series of security advisories issued between June 29 and August 12, urging Indian nationals to leave the country immediately.

The external affairs minister said India's priorities following the recent developments included the evacuation of Indian nationals, ensuring the safety of its diplomatic staff, extending assistance to Afghan nationals in distress and providing some leadership as part of the 'Neighbourhood-First' policy, the sources said.

He said India's other priorities in view of the situation in Afghanistan included international coordination and humanitarian efforts.

India's diplomacy and interests are recognised by other countries and the government is in touch with many partners, Jaishankar told reporters.

The external affairs minister referred to Prime Minister Narendra Modi's recent conversations with Russian President Vladimir Putin and German Chancellor Angela Merkel, and said there will be many more communication in the coming days.

He also referred to India chairing the UN Security Council special Session on Afghanistan and the UN Human Rights Commission in Geneva.

Referring to challenges faced while evacuating people from Kabul, Jaishankar cited frequent incidents of firing near the airport and inside Kabul, putting up multiple checkpoints by various groups and certain issues at the airport, sources said.

Delays in landing permissions for aircraft, overflight clearances from relevant countries and coordination on the ground were some other challenges flagged by the external affairs minister, they said.

Listing immediate measures, Jaishankar said a 24X7 special Afghanistan Cell was established in the Ministry of External Affairs to coordinate repatriation and other requests from that country in a streamlined manner, the sources said.

According to sources, manned by more than 20 MEA officials, the Afghanistan evacuation cell has received 3,014 phone calls, responded to 7,826 Whatsapp messages and answered 3,101 emails. May You Find What You Seek 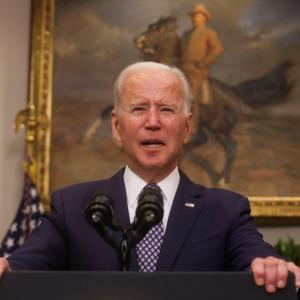 US Influence in Afghanistan has touched Ground Zero