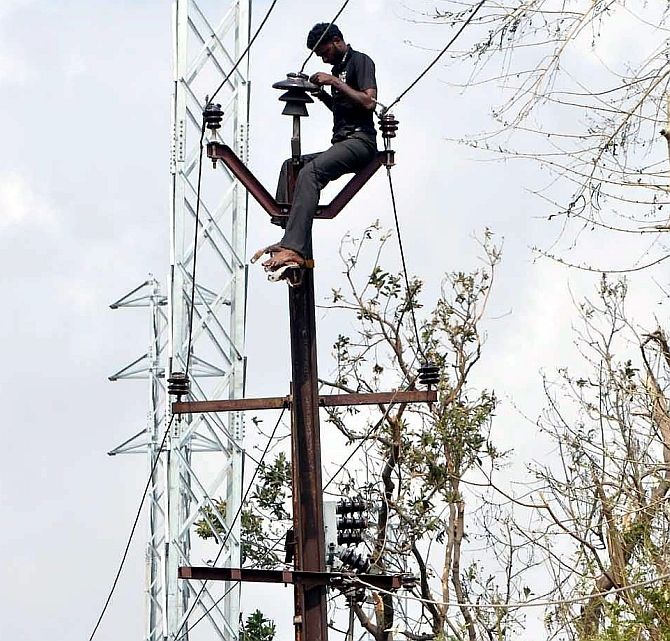 "Visakhapatnam and Srikakulam districts are ready to be provided with power supply. We are waiting for the transmission towers to be set right. The ERS (emergency restore system) has been brought in from Chhattisgarh. By (Thursday) evening, power can be resumed to most parts of these two districts," the official said.

Power has been restored in 10 per cent of urban areas of Visakhapatnam district, Collector N Yuvaraj said.

A senior official of Indus Towers, a three-way joint venture between Airtel, Idea and Vodafone, said power supply has been provided to all strategic and important towers in East Godavari, Visakhapatnam, Vizianagaram and Srikakulam.        Indus provides infrastructure facilities like towers and power supply to the three telecom service providers. 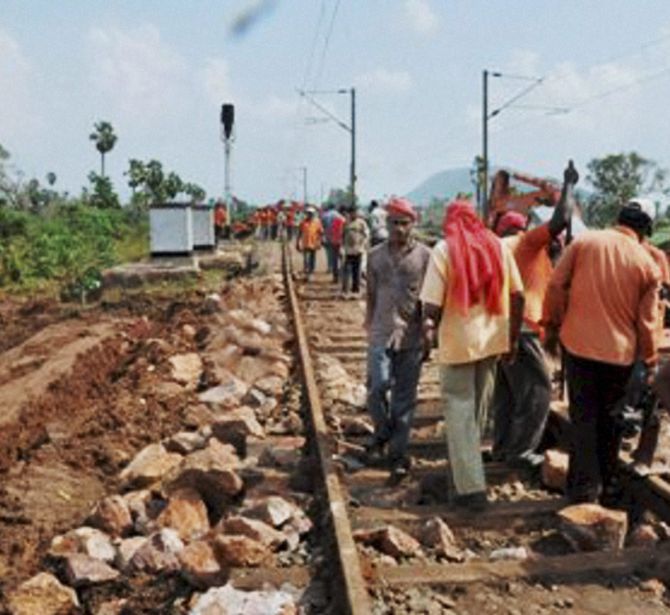 The towers are now running with diesel generator supplied power, he said.

Chief Minister N Chandrababu Naidu, who has been camping in Visakhapatnam and other cyclone-hit districts to oversee relief operations, has said that essential commodities will be given free at all fair price shops in these districts.

The government is transporting vegetables from other districts in the state to Visakhapatnam to ensure that there is no shortage of supply. Water was being supplied to the residents of Visakhapatnam by tankers and efforts were on to resume supply by pipelines, officials said.

Rail and bus services have already been restored to Visakhapatnam. The state disaster management department said in a statement that 35 people were reported killed in different rain-related incidents till Wednesday evening.

Naidu had earlier put the rough estimate of losses at about Rs 70,000 crore because of the cyclone. 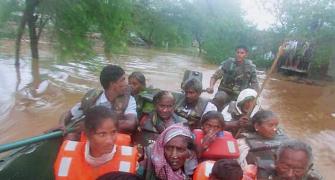 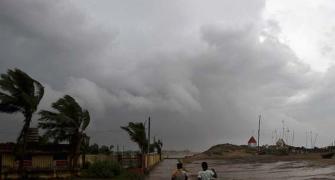 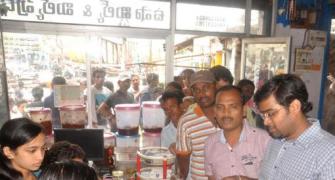 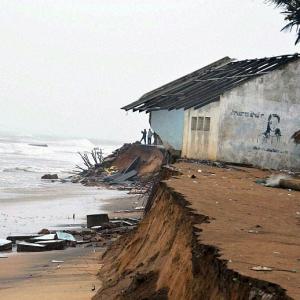 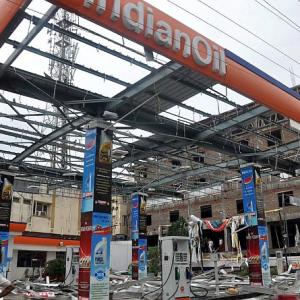