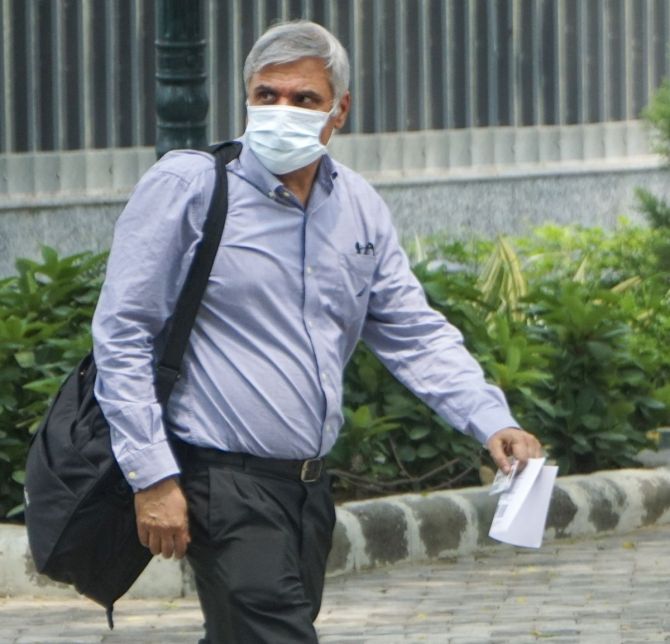 The agency recorded his statement under criminal sections of the Prevention of Money Laundering Act (PMLA), officials said.

The 1986-batch Indian Police Service (IPS) officer retired from service on June 30. Before his four-month stint as Mumbai commissioner of police, he served as acting Maharashtra director general of police (DGP).

Pandey's questioning by the ED is related to the functioning and activities of a company called iSec Securities Pvt. Ltd, one firm amongst a few others that conducted a security audit of NSE around the time the co-location irregularities are alleged to have taken place.

The company was incorporated by Pandey in March 2001 and he quit as its director in May 2006.

His son and mother later took charge of the company.

The police officer, who studied at IIT-Kanpur and Harvard University, is understood to have established the company after he resigned from service.

His resignation was not accepted by the state government and he rejoined but was not immediately given a posting.

The ED wants to understand the mandate, operations and results achieved by the company while it worked with the NSE, officials said.

A response sought by PTI from Pandey on the ED action is awaited.

Ramkrishna is lodged in Tihar jail. She and former group operating officer Anand Subramanian were arrested by the Central Bureau of Investigation (CBI) in March in the NSE co-location scam case. The ED took cognisance of this CBI complaint to press money laundering charges against them.

The Income Tax Department is the third agency probing these charges of irregularities at the NSE.

The ED, like the CBI, widened its net to probe alleged governance lapses in the appointment of Subramanian as chief strategic advisor and his re-designation as group operating officer and advisor to the then MD (Ramkrishna).

It also conducted raids in this case, including at the premises of the brokers involved in the co-location case.

The Securities and Exchange Board of India (SEBI) had launched its probe into the co-location matter in early 2015 after it was brought to light by a 'whistle-blower'.

The 'whistle-blower' alleged that some brokers were getting preferential access through co-location facility, early login and 'dark fiber' which can allow a trader split-second faster access to data feed of an exchange.

As part of this facility, brokers could place their servers within the stock exchange premises giving them faster access to the markets.

It is alleged that some brokers in connivance with insiders abused the algorithm and the co-location facility to make windfall profits.

It was during this period that NSE started co-location, the CBI has alleged.

The action by the central agencies against Ramkrishna, Subramanian and others was renewed after a report of market regulator Sebi came on February 11.

It charged Ramkrishna and others with alleged governance lapses in the appointment of Subramanian as chief strategic advisor and his re-designation as group operating officer and advisor to MD.

Subramanian's controversial appointment and subsequent elevation, besides crucial decisions, were guided by an unidentified person who Ramkrishna claimed was a formless mysterious yogi dwelling in the Himalayas, a probe into her email exchanges during the Sebi-ordered audit had stated.

The ED and other agencies have widened their probe to include the mysterious 'yogi' angle in their probes. 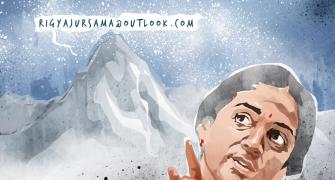 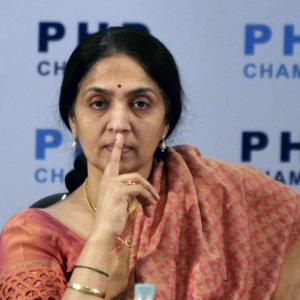