News
Business
Movies
Sports
Cricket
Get Ahead
Money Tips
Shopping
Sign in  |  Create a Rediffmail account
Rediff.com  » Business » Who Is RESPONSIBLE For The NSE Mess?

In all this, the political establishment -- and especially the finance ministry -- appears the weakest link, and worse still, the possible reason for the political backing to Narain and Ramkrishna that emboldened them to defy all the sentinels -- the independent board, the auditors, top management persons like the chief compliance officer, the company secretary, and unbelievably the super-regulator Sebi, observes V Ranganathan. 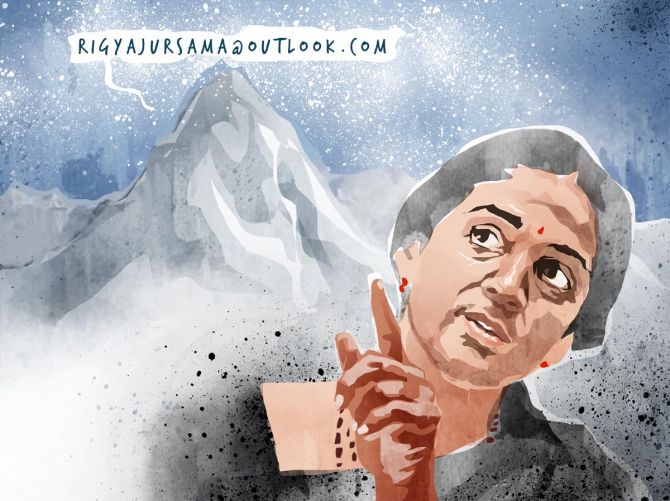 The unfolding drama, thanks to the super securities regulator Sebi opening a can of worms last week, that can easily send all the best-known crime thrillers of the past into oblivion, is not a case of brash banditry of burgling a bank after choking the security guard to death and using a welding torch to burst open the safes in the dead of night, but a group of highly respected C-suite officials committing a breach of trust at the universe's biggest financial hub, with all the persons vested with the oversight found snoring at the wheel!

The picture of a solemn-looking, sari-clad south Indian woman that has entered the drawing rooms of most Indian homes, and many overseas as well, is of one of the most well-recognised faces in the world of commerce, a cynosure, which by virtue of a series of indiscretions, has since turned an eyesore!

The National Stock Exchange, which was midwifed in 1992 during Dr Manmohan Singh's tenure as finance minister, had a very strange parent in ad-hoc prime minister Chandra Shekar setting up a committee under M J Pherwani, a financial expert whose death in 1992 caused many an eyebrow to raise.

The NSE was recommended by the Pherwani c=Committee as an antidote to the then premier Bombay Stock Exchange, riddled with many an allegation of conflict of interest and questionable practices.

The NSE was configured to rival the best anywhere in the world in terms of technology, vision, and oversight structure that completely separated the operations and management from the users.

The growth and clout that the NSE has amassed in less than three decades of its setting up is reflected in the fact that its income from transactions (FY2021) of about $575 million is about 31 times greater than the equivalent earnings of its rival which is but three years shy of its 150th birthday.

Fate spares none and the darling of the liberalisation era had its soft underbelly exposed when in June 2015 a very reputed financial journalist blew the whistle on what later came to be known as the 'co location' scam.

NSE's management had allegedly colluded with some privileged brokers to provide the latter faster access to the trading system to help beat the others who were trading on the NSE platform.

The micro-second difference in money terms can be mind-boggling and still no one has a grip on who benefited and how much! IMAGE: Former NSE MD Chitra Ramkrishna, who is in the eye of the storm. Photograph: Yuri Gripas/Reuters

However, on April 1, 2013, in a so-called management change the MD since inception, Ravi Narain (Ravi), ceded his executive role and became the vice chairman, and gave way to his protege, Chitra Ramakrishna (Chitra), who held the post of deputy MD under him.

Chitra's coronation as MD brought in its wake Anand Subramanian (Anand) as a consultant whose appointment had been confirmed by a letter dated January 18, 2013, a few months earlier.

Anand was positioned and compensated in a palpably disproportionate manner to his antecedents of experience and educational qualification.

However, it is portrayed that the decision was not passed through the board of directors nor informed to them.

The NSE board of directors was constructed to bring the best of the brains in the world of commerce to oversee the management and was chaired most of the time by retired persons who had held the highest position in the bureaucracy.

After a gap of over two years, it appears the board at its meeting held on August 11, 2015, delegated substantial power of management (akin to the powers granted to the MD at the NSE board meeting dated February 23, 2005) to Subramanian, but they did not raise any concern regarding delegation of substantial power to someone who, on the record, was merely a consultant.

Thereafter, having been vested with substantial power akin to MD & CEO, Subramanian started attending all the NSE board meetings from August 11, 2015, onwards.

In October 2015, the secretarial auditor raised the question of impropriety in Anand Subramanian's appointment with substantial managerial powers, bypassing the NRC (a sub-committee of the board) and the board approval process.

While it is difficult to believe that the board was not made aware of the auditor's objections, the role of the senior functionaries charged with compliance and accountability to the board comes into question over the propriety of suppressing such a query from the auditor.

Subramanian was redesignated as GOO (group operating officer) and advisor to Ramkrishna.

Despite the overt act of recognising Subramanian as a virtual No 2 to Ramkrishna, the board never enquired why the case was not brought to the NRC for approval nor the person designated a KMP (key managerial person).

At the board meeting held on October 21, 2016, the issue of the irregularity in Subramanian's appointment had again been discussed, but in the name of confidentiality and sensitivity of the information, no minutes were recorded of these proceedings. Presumably, Subramanian's contract was terminated at that time.

At a meeting held on November 29, 2016, the board became aware of the exchange of confidential information by Chitra Ramkrishna with an unknown person having the e-mail id rigyajursama@outlook.com

It would appear that the minutes were not recorded and the board had taken a conscious decision to not report the matter to Sebi, but keep it under wraps.

While it is not explicit, the board should have heard the story of Chitra Ramkrishna consulting a yogi in the Himalayas who has no physical existence but just an email ID to contact! A revelation that has since riled intelligentsia all across the globe.

The palpable impropriety in the functioning of the board, which consisted of some of the most eminent public personalities, must shock anyone with a nodding acquaintance with corporate functioning.

At the board meeting held on December 2, 2016, Ramkrisha was allowed to resign with no reasons recorded for such an abrupt exit, with no successor in place, and the resignation was without any notice period which would be unimaginable for such top-level positions.

As a coping stone to the wrongdoings, the board looked the other way when the laptops used by Ramkrishna and Subramanian were discarded as scrap in a move to obliterate all incriminating evidence that could have established more criminality of all the dramatis personae. Sebi's order plaintively records the disobedience of the board and the company to respond to its queries at various points in time and has in an ineffective but clear words held the board as responsible for grave and grotesque gaps in adherence to basic tenets of governance.

Having recorded the above sordid saga of an eminent board which threw all propriety to the winds and acted in a way that may bring blushes to the cheeks of a coquette, it is essential to train the searchlight on the all-powerful regulator, Sebi, for its monumental failure to effectively play its role as a protector of investors' interest.

Its demeanour to assume a role after all hell breaks loose and play the reluctant reformer of the recalcitrant corporate community baffles every individual who has lost money due to the shenanigans in the corporate world.

Its failure was evident in cases like the collapse of a few schemes of the Franklin Templeton mutual fund and repeated corporate scandals exposing the shortcomings of credit rating agencies and other functionaries mandated to protect investors' interest.

An agency like a stock exchange is unarguably the lifeline of the country's financial markets and deserves a system of scrutiny that ensures zero errors and not a stand-offish style of 'let the problem arise and we shall deal with it' approach.

While there is no atonement or attenuation for the gross misconduct of all the internal functionaries of NSE in this episode, Sebi's indifference to step out of its crease to play an active and aggressive oversight role of engaging with the company's top management and the board to sense the culture and commitment of the organisation to uphold the best principles of management demonstrating ethics and values, that the organisation seeks from companies listed on its board for trading, is, unfortunately, most evident.

Sebi should have questioned the elevation of the retiring MD, Ravi Narain, as vice chairman in 2013.

It is a basic rule of corporate functioning that in sensitive organisations the top layer should act as a check on each other and not be allowed to become accomplices, as the NSE scam has exposed.

Also, Sebi was tardy and bureaucratic in the way it chased the NSE board and officials for responses when it became aware of the brewing scandal.

More than three years were lost in the waiting game and allowing the board a long rope.

There is unconfirmed news circulating in social media of a subservient relationship between Sebi and NSE with the latter, the regulated entity, holding the upper hand, and the regulator begging it for information and clarifications at various times.

In all this, the political establishment and especially the finance ministry at all points in time appears the weakest link, and worse still, the possible reason for the political backing to Narain and Ramkrishna that emboldened them to defy all the sentinels -- the independent board, the auditors, top management persons like the chief compliance officer, the company secretary, and unbelievably the super-regulator Sebi!

Yet another wake-up call to the powers that be that have shown themselves to be a Kumbhakarna over the years!!

With about 45 years in corporate positions, V Ranganathan is currently an independent director in various publicly-listed companies and a keen commentator on corporate governance matters. 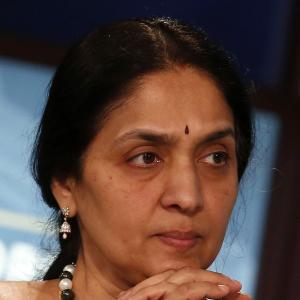 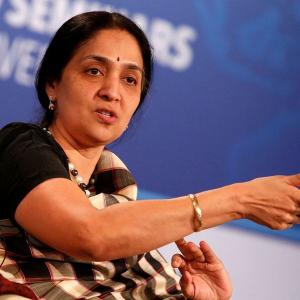