'EC suffering from crisis of credibility'

Sixty-six former bureaucrats in a letter to President Ram Nath Kovind said that the 'polling body's independence, fairness, impartiality and efficiency are perceived to be  compromised today'. 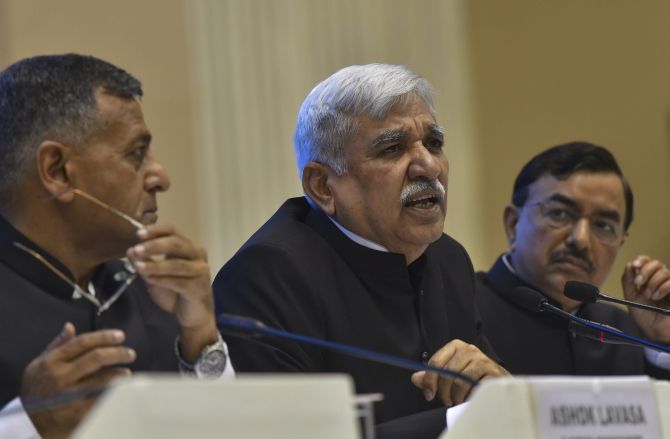 Sixty-six former bureaucrats have written to President Ram Nath Kovind, expressing concern over the credibility and functioning of the Election Commission for failing to deal with alleged cases of poll violations, particularly those involving the ruling party.

A senior functionary of the EC said the poll panel will respond to the letter most likely on April 12 to put forth it's views on the issue.

"At the moment, the commission is caught up with the first phase of polling on April 11. Moreover, it is also dealing with the aftermath of the Naxal attack in Chhattisgarh," the functionary said.

The instances cited by the former bureaucrats include Prime Minister Narendra Modi's address to the nation about the successful launch of India's first anti-satellite weapon, the release of the web-series "Modi: A Common Man's Journey" and the "lethargy" in respect of the poll commission's action on the launch of NaMo TV channel.

Referring to the instance of Uttar Pradesh Chief Minister Yogi Adityanath dubbing the Indian Army "Modi's Army", the bureaucrats said strongest action was required from the EC to "nip such cavalier statements in the bud", but it "contented itself in the present case with a mild reprimand to the UP CM".

"We write to express our deep anguish that the Election Commission of India, which has had a long and honourable record of holding free and fair elections despite the enormous challenges of scale and complexity, is suffering from a crisis of credibility today," the letter said.

The EC's independence, fairness, impartiality and efficiency are perceived to be compromised today, thereby endangering the integrity of the electoral process which is the very foundation of the Indian democracy, the letter added.

"Hon'ble Rashtrapatiji, we are deeply concerned about the weak-kneed conduct of the ECI, which has reduced the credibility of this constitutional body to an all-time low. Any erosion in the people's confidence in the fairness of the ECI has very grave consequences for the future of our democracy and we hope that the gravity of the situation will be appreciated by the ECI," the letter said.

With respect to Modi making public announcement of the success of the A-SAT test, the letter said the country was facing no immediate security threat that required the prime minister, who is an election candidate himself, to make a public announcement.

"On purely technical ground that the announcement was not made on the public broadcasting service, the ECI held that there had been no violation of the model code of conduct. We feel, however, that parading the achievements of a government in this manner after the announcement of elections is tantamount to a serious breach of propriety and amounts to giving unfair publicity to the party presently in government and that the ECI's decision does not stand up to the standards of impartiality expected of it," the letter said.

"We find it curious that no such steps have been taken in Tamil Nadu, where the present Director General of Police is reportedly under investigation by the Central Bureau of Investigation in the Gutkha scam case and there have been repeated appeals by the opposition parties in Tamil Nadu seeking his removal from that post," the letter said. 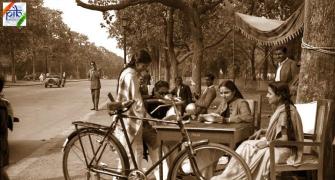 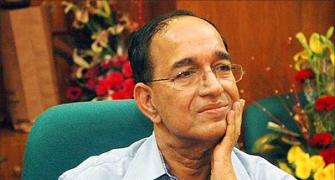 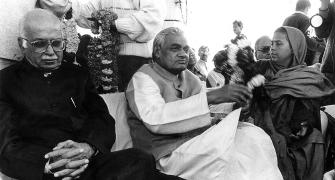