DON'T blindly seek exoneration for a convict: Jethmalani to Katju

The Maharashtra governor lacks the power to pardon Sanjay Dutt, senior lawyer and Bharatiya Janata Party leader Mahesh Jethmalani said on Saturday, while criticising Press Council Chairman Justice Markandey Katju for his "unseemly haste" in seeking relief for the actor, who was sentenced to 5 years jail for possessing arms during the 1993 Mumbai blasts.

He said Katju has written a "wholly misconceived" letter to the governor and others, including Law Minister Ashwani Kumar and Information and Broadcasting Minister Manish Tewary, members of the film fraternity and office bearers of the Congress, Nationalist Congress Party and Samajwadi Party "have jumped on to his ex-Lordship's bandwagon".

He said Dutt has been convicted under the Arms Act and the governor's power of pardon under Article 161 of the Constitution does not extend to conviction under this law.

"His ex-Lordship's (Katju's) letter to the governor of Maharashtra is thus wholly misconceived and his loyal band of followers must seek other avenues, if they exist at all, to secure a reprieve for Dutt. Katju would be well advised to not let his heart rule his head even if he considers its pulls to be justified," Jethmalani said in a statement.

"For their part, Kumar and Tewari, both eminent men of law, would serve the interest of the nation better if they applied their energies to upholding the law, rather than blindly seeking exoneration for a convict who by design or dim-wittedness facilitated the death of so many innocent victims on that fateful day in Mumbai," he said.

Jethmalani said it does not "befit" a retired apex court judge to express his anguish at the verdict of the top court by saying that he (Katju) himself was compelled to file a mercy petition in his personal capacity on actor's behalf.

"It ill befits a retired Judge of the Supreme Court and Chairman of the Press Council of India to display such unseemly haste in seeking complete exoneration for Dutt in the 1993 bomb blast case. Hardly has the ink dried on the Supreme Court's judgment upholding the actor's conviction under the Arms Act that the ex-Judge has lamented the decision, extolled Sanjay Dutt's virtues and regretted his suffering of the last twenty years," he said.

Jethmalani expressed surprise that both Kumar and Tewary have endorsed Justice Katju's view that the governor has the power to pardon Dutt for the offences for which he has been convicted.

"While it is the personal prerogative of any citizen of this country to campaign for a pardon for any convict -- notwithstanding the dubious company the convict might have kept both before and after the cataclysmic events that had shaken Bombay on 12th March 1993 -- citizens are entitled to expect a modicum of elementary homework at least by such distinguished personalities as Messrs Katju, Ashwini Kumar and Manish Tiwari.

"The executive power of the state government does not extend to matters enumerated in the Union list of the 7th Schedule of the Constitution of India. Entry 5 in the Union List consists of arms, firearms, ammunition and explosives. The Arms Act is a statute enacted by Parliament. The governor's power of pardon under Article 161 of the Constitution of India, accordingly, does not extend to the sentence of any person convicted under the Arms Act," he said. 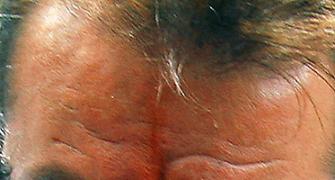 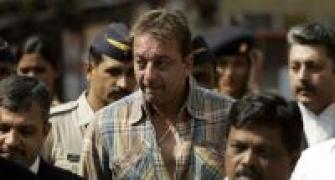 'Sanjay Dutt was very tense over the SC verdict' 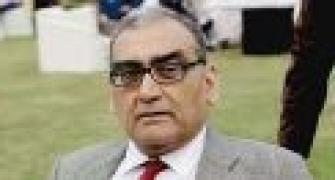 Sanju, it's clear that you got away lightly: RSS

Sanjay has been judged by all for 20 years: Priya Dutt