A 30-year-old doctor is being hailed as a real "COVID warrior" after he drove an ambulance to ferry a critically ill elderly coronavirus patient to a hospital from a care centre in Pune. Dr Ranjeet Nikam said since the driver of the ambulance suddenly fell ill and there was no one to replace him immediately, he decided to step in along with another doctor, Rajendra Rajpurohit, to ensure the patient gets urgent medical attention.

Nikam took control of the wheel and drove the 71-year-old patient in the ambulance to a hospital after his oxygen saturation level dipped at the COVID care centre where he was undergoing treatment.

The patient was under Nikam's watch at the COVID care centre set up in the Marketyard area.

"The incident took place around 2 am on Monday. I was at the COVID care centre when I received a call that an elderly patient's oxygen saturation level has gone down.

"After consultation with senior doctors, it was decided to shift him to a bigger hospital," said Nikam.

He said the centre has its own ambulance van but its driver had fallen sick just a few hours ago and he was under medication and on saline at the facility.

"It was not appropriate to ask him to drive the van in that condition. So we called '108' emergency ambulance service but the call did not get connected.

"We also made calls to another driver but he was also not reachable," Nikam said.

The doctor said since patient's condition was worsening, he decided to drive the ambulance himself.

"I along with one more doctor (Rajpurohit) got into the ambulance van and drove out of the care centre. We went to a couple of hospitals but could not get an ICU bed for the patient.

"Finally, a bed was available at a private hospital where the patient was admitted," he added.

Nikam, a BHMS doctor who has his own clinic in the Parvati area, said the condition of the patient was now stable.

"We have a forum called Metro Medical Foundation through which I along with some other doctors provide service at the COVID care centre in Marketyard," he said.

The elderly patient's son, who was also admitted to the care centre, was all praise for Nikam and Rajpurohit whom he termed as true "COVID warriors".

He said the two doctors did not waste time in attending to his father and taking him to hospital in the ambulance.

"Dr Nikam and Dr Rajpurohit, who was accompanying him, not only drove the ambulance, but also took efforts to find a bed for my father. They finally admitted him to one of the hospitals and saved his life," he said.

He said his father is now stable. 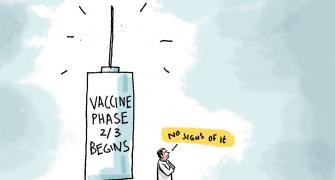 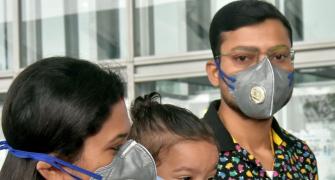 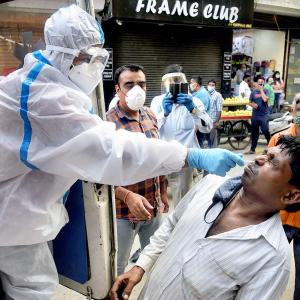 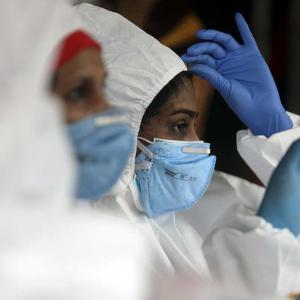