Disha, 2 others created toolkit; sent it to Greta on Telegram: Police

Climate activist Disha Ravi along with Mumbai lawyer Nikita Jacob and Pune-based engineer Shantanu created the 'toolkit' related to the farmers' agitation and shared it with others to tarnish India's image, the Delhi Police said on Monday. 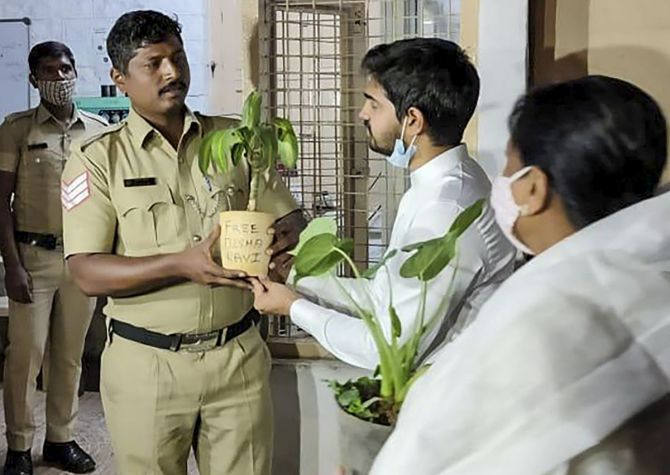 The police claimed that Disha Ravi, who was arrested on Saturday from Bengaluru, sent the 'toolkit' to teen climate activist Greta Thunberg through the Telegram app, and also 'coaxed her to act on it'.

The data was also deleted, police said, adding that Disha's Telegram account shows that many links related to the 'toolkit' were removed.

Non-bailable warrants have been issued against Nikita and Shantanu for allegedly creating the 'toolkit', the Delhi Police said.

Addressing a press conference, Joint Commissioner of Police (Cyber) Prem Nath said 22-year-old Disha also deleted a WhatsApp group she created to spread the 'toolkit' which was a dynamic document with hyperlinks to Google docs, a lot of which are 'pro-Khalistani'.

"The toolkit was aimed at tarnishing the image of India," he said.

Shantanu is a resident of Maharashtra's Beed district and did his engineering from Pune, police said.

Thunberg had shared the 'toolkit' to lend her support to the farmers' agitation against the three farm reform laws.

In the document, various urgent actions, including creating a Twitter storm and protesting outside Indian embassies, were listed which were needed to be taken to support the farmers' protest.

The 'toolkit' has been cited by some critics as a 'proof' of her conspiracy to fuel protests in India.

Earlier this month, the Cyber Cell had lodged an FIR against 'pro-Khalistan' creators of the 'toolkit' for waging a 'social, cultural and economic war against the Government of India'.

The case has been registered on charges of criminal conspiracy, sedition and various other sections of the Indian Penal Code.

"The email account created by Shantanu is the owner of this Google document," Nath said, adding that 'pro-Khalistani group Poetic Justice Foundation (PJF) founder Mo Dhaliwal had contacted them through a Canada-based woman named Punit'.

Before the Republic Day violence, that left 500 police personnel injured and a protestor dead, Nikita and Shantanu had on January 11 attended a Zoom meeting organized by PFJ in which modalities were decided to create the 'toolkit' titled 'Global Farmer Strike' and 'Global Day of Action, 26 January', Nath said.

"Nikita, Shantanu, Disha and others collaborated towards the draft of the toolkit. Based on information gathered from Nikita and her device, several teams were sent to Maharashtra's Beed district and to Bengaluru.

"Shantanu wasn't found at his house in Bheed and we are still searching for him," he said.

Police said Disha, Shantanu and Nikita created and edited the 'toolkit'. Disha, who is also associated with the environmental movement called 'Fridays for Future', 'sent the toolkit to Greta Thunberg through the Telegram app and also coaxed her to act on it'.

Disha Ravi was arrested in the presence of her mother, area station house officer (SHO) in Bengaluru. All due procedures were followed, he said.

During a search of Nikita's house on February 11, two laptops and an iPhone were found along with several 'incriminating documents', police said.

"Keeping in mind that the person whose premises was being searched as per court order was a woman, the investigating team wound up the day's search and requested Nikita to make herself available at her house on the next morning.

"She gave a written undertaking to be present at her house," Nath said.

Nikita is still absconding, he said.

Police said they are also probing the role of a man named Peter Friedrich in connection with the 'toolkit' case.

Police said Friedrich has been on the radars of the Indian security establishments since late 2006 when he was noticed in the company of Bhajan Singh Bhinder alias Iqbal Chaudhary.

"He (Bhinder) has been a very leading proponent of the K2 desk of ISI. Friedrich was associated with him," police said.

"Why his (Friedrich's) name is there on the document or why should he (Friedrich) be followed will be answered by Disha and her associates.

"Did they contact him Friedrich through Mo Dhaliwal or directly contacted him is a matter of investigation," a senior police officer said.

Thousands of farmers protesting the Centre's new agri laws had clashed with the police during their tractor parade on January 26.

Their parade had dissolved into unprecedented scenes of anarchy as protesters fought with police, overturned vehicles and delivered a national insult hoisting a religious flag from the ramparts of the Red Fort, a privilege reserved for India's tricolour. 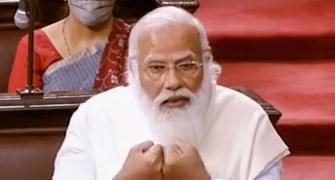 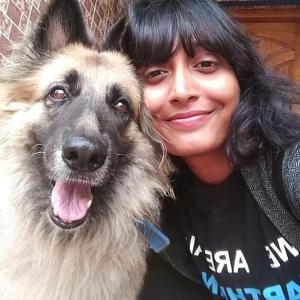 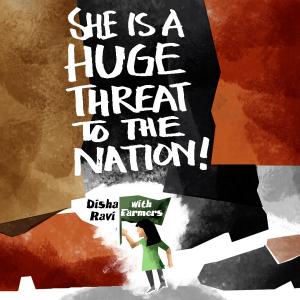