Jawaharlal Nehru University Students' Union president Aishe Ghosh on Friday accused Delhi Police of bias, saying she did not carry out any assault during violence at the campus on January 5 and had evidence that she was attacked.

Ghosh's remarks came after Delhi Police identified nine suspects including her in connection with the vandalism and violence which had broken out in JNU campus.

Addressing a press conference in New Delhi, Ghosh said she has full faith in the law and hoped that the investigation will be fair.

"I will get justice. But why is Delhi Police biased? My complaint has not been filed as an FIR. I have not carried out any assault," she said.

Office bearers of JNUSU had also met Ministry of Human Resources and Development (MHRD) secretary Amit Khare over their demands.

Ghosh said that the ministry has assured that they will have positive intervention in the matter and release a circular on the issue soon.

On January 5, a masked mob entered the JNU campus and attacked the students and teachers with sticks and rods which left several of them injured. 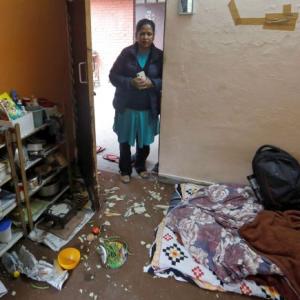