Drawing a cricket analogy, Prime Minister Narendra Modi said on Monday the people of Bengal have hit so many fours and sixes in the first four phases of the assembly polls that the Bharatiya Janata Party has already completed its century and the Trinamool Congress is on course to being wiped out. 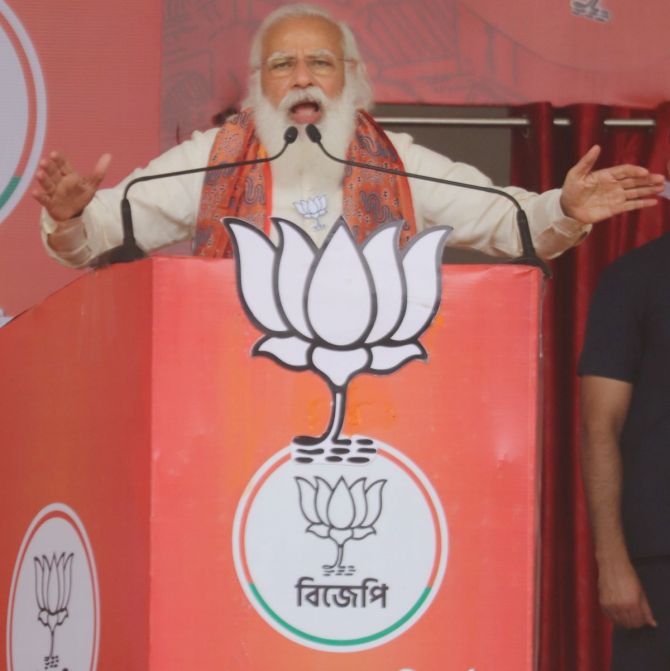 Modi, who is on a whirlwind election tour of the state addressed rallies in Bardhaman and Kalyani, where he came down hard on Chief Minister Mamata Banerjee, accusing her of instigating people against central forces on election duty in the state.

The prime minister also launched a blistering attack on Banerjee, saying she did not care to express regret after a "leader very close to her" called Scheduled Castes "beggars".

"People of Bengal hit so many fours and sixes that BJP has already completed a century (of seats) in the first 4 phases of assembly polls. They have wiped out the TMC in half the match (aadha mein poora saaf).

"People of Bengal have clean bowled Didi in Nandigram and have asked her entire team to leave the field," he told an election rally in Bardhaman.

Alleging that Banerjee incited people against central forces, he referred to the killing of four in the firing by Central Industrial Security Force personnel in Cooch Behar on April 10.

"In the last 10 years Mamata Banerjee conspired to deny the scheduled castes, the poor and the deprived sections their rights through 'chappa vote' (rigging).

"What happened in Cooch Behar was the consequence of this conspiracy. Victory and defeat are part of democracy but you will not be allowed to snatch away people's right to vote," he told another rally in Kalyani in Nadia district.

He said Banerjee's policies have snuffed out the lives of children of countless mothers.

In both the rallies, Modi castigated Banerjee over a TMC leader and candidate's comments against the Scheduled Castes equating them with beggars.

"Didi calls herself a Royal Bengal Tiger. You tell me is it possible for someone to say such things without her permission? Such comments hurt the soul of Babasaheb Bhimrao Ambedkar. Such a seriously objectionable comment has been made but Didi hasn't condemned it or apologised for it.

"You have committed the biggest mistake, the biggest sin by insulting Dalits, Didi," Modi said.

Addressing a rally in Matua dominated Kalyani, Modi said Didi didn't like his visit to Orakandi in Bangladesh where the founder of the Matua sect and social reformer Harichand Thakur was born.

"Didi did not like my going to Orakandi in Bangladesh, she raised questions over my visit... I have come to assure you today that all refugees will get all facilities due to them, they will get justice. For the BJP, providing justice to all refugees, Matua and Namasudra brothers, is also an emotional commitment," he said.

Matuas, originally from Bangladesh, migrated to West Bengal in large numbers after Partition and later during the war for Bangladesh's freedom from Pakistan. Many of them have got Indian citizenship and many not.

The TMC had objected to Modi's visit to Bangladesh in the middle of the election campaign claiming it was designed to influence voters in West Bengal.

The prime minister alleged Banerjee's appeasement politics hurt Matua and Namsudra communities hard and they had to pay commission to "TMC's extortionists" even to obtain scheduled caste certificates.

Mocking Banerjee, Modi said she had forgotten her party's motto 'Maa, Maati, Manush' and is only chanting his name at public meetings.

She only created a mess in the name of governance, the prime minister said.

Referring to the recent incident of lynching of a Bihar police officer in West Bengal and the death of his mother from shock which led to their funeral pyres being lit together, Modi said Mamata Banerjee's government does not respect anyone anymore, "not even mothers".

"Didi, is that officer's mother not a mother for you? No mother in Bengal knew how cruel and ruthless you are," Modi said.

He said Banerjee was getting angrier with each passing day because people of Bengal have decided to show her the exit door.

"In democracy it's the people who begin the game and end it, people of Bengal have decreed your 'khela' (game) is up. Didi wanted to hand over the reins to 'Bhaipo' (nephew). People saw through the 'khela' and decided it should be over," Modi said, adding the countdown for her government's departure has begun.

Top BJP leaders have often said Banerjee wanted to hand over the reins of the party and the TMC government to her nephew and Diamond Harbour MP Abhishek.

He promised to revive the industrial belt in Kalyani and said the BJP has presented a roadmap for it in its election manifesto. 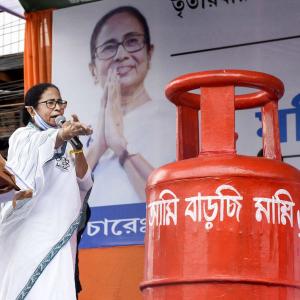 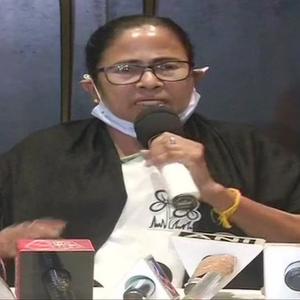