Terming the killing of four Trinamool Congress workers by Central forces in Cooch Behar during the fourth phase of polling on Saturday as 'genocide', West Bengal Chief Minister Mamata Banerjee called the prime minister and home minister of the country 'incompetent'. Addressing the mediapersons, Mamata alleged, "It is genocide. We have decided to observe today as a black day. The forces fired on them directly. The Central Industrial Security Force is trained to provide security to industries and not to control a mob. I could not sleep last night but the prime minister was eating sweets. Such an incompetent government, incompetent prime minister, incompetent home minister."

"I could not meet the families. I will meet them on April 14. I cannot be stopped. I respect the Election Commission. But they are changing the rules. This is now the BJP Code of Conduct. The system cannot be changed with the interest of a party. The institution will continue forever and the system is to be maintained. Everybody wants a free and fair election," added the TMC chief.

The chief minister had said that she will hold a protest rally in Cooch Behar on Sunday against the firing incident and visit the homes of the deceased.

The Election Commission on Saturday gave directions that no political leader from any party should be allowed to enter the geographical boundaries of Cooch Behar district for the next 72 hours where four persons were killed in poll violence on Saturday during the fourth round of polling in West Bengal.

"In Cooch Behar district comprising of 9 ACs where voting shall be over by today, no political leader from any national, state or other party should be allowed to enter the geographical boundaries of the district for the next 72 hours. This comes into force with immediate effect," the poll panel said in its order.

The poll panel said that based on the interim report from the two observers at 12.36 pm "confirming the incident of attack on the polling station by a mob in which CISF opened firing in which four people died and four got injured", it had ordered adjournment of the poll. The incident was reported from polling station number 126 of Sitalkuchi assembly constituency.

Prime Minister Narendra Modi also expressed his sadness over the incident. He urged EC to strongly deal with those responsible for what happened in Cooch Behar.

The next phase of the elections will take place on April 17. 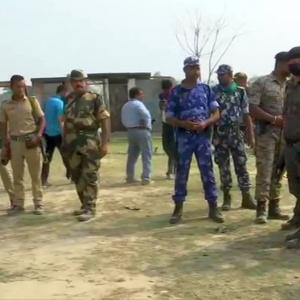 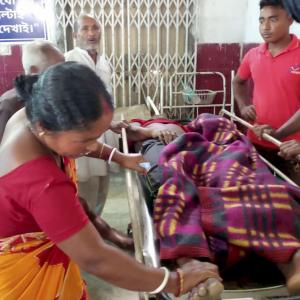