China has warned US President Barack Obama against meeting Tibetan spiritual leader Dalai Lama, saying this would "seriously undermine" Sino-US ties as a row escalated between the two major powers.

"A meeting between Obama and the Dalai Lama would seriously undermine the political foundation of Sino-US relations," said Zhu Weiqun, Chinese executive Vice Minister for relations with Foreign Countries said.

His comments came, as the Tibetan spiritual leader is to undertake a 10-day visit to the US from February 16 during which he is likely to meet Obama.

The fresh objections by Beijing are likely to fuel more differences between the two countries, already at loggerheads over Chinese objections to US arms sale to Taiwan with Beijing threatening sanctions against American companies.

Zhu said China and the representatives of the Dalai lama were "sharply divided", indicating that no progress had been made on the Tibetan issue in the latest round of talks which concluded on Sunday.

He asked the Tibetan spiritual leader to "restrain his words and deeds against the central government," state-run news agency Xinhua quoted him as saying.

Zhu was speaking at a press conference called to give details of the meeting between China and special envoys of the Dalai Lama.

The warning to Obama comes amidst hints from US officials in recent weeks that the president would soon meet the exiled Tibetan leader.

The Dalai Lama's visit will precede the US tour of Chinese President Hu Jintao, possibly in April.

Though Obama officials have not indicated any dates for a meeting with Dalai Lama, but a White House spokesman recently said: "President Obama has made it clear to the Chinese government that we intend to meet with Dalai Lama. It has been his intention".

Making a reference to such a possibility, Zhu said "if the US leader choses to meet the Dalai Lama at this time, it would certainly threaten trust and cooperation between China and the US".

Elaborating on the meetings with the envoys of the Dalai Lama, the first in 15 months, Zhu said, "As in previous rounds of negotiation, the positions of the two sides are sharply divided."

Zhu said China wanted to "give the Dalai Lama a chance to correct his mistakes" by holding talks with his envoys.

He said during earlier negotiation the Dalai Lama's representative Lodi Gyari had presented a memorandum to say that Tibetans wanted to enjoy genuine autonomy. But this has been rejected by China.

However, the Chinese vice minister indicated that the two sides had agreed to continue the talks.

The Chinese minister said the argument that the Dalai Lama was just a religious figure was wrong, and instead dubbed him as head of a "separatist group".
Source: PTI© Copyright 2020 PTI. All rights reserved. Republication or redistribution of PTI content, including by framing or similar means, is expressly prohibited without the prior written consent.
Related News: Dalai Lama, Barack Obama, Zhu Weiqun, China, US
SHARE THIS STORY
Print this article
Brand Dalai Lama: How much is it worth? 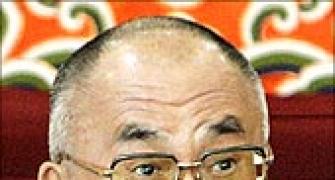 US has no problem with Dalai Lama's visit to Arunachal 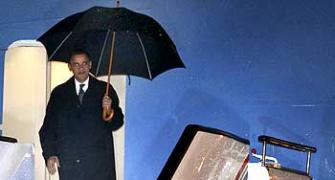 'US does not seek to contain China's rise' 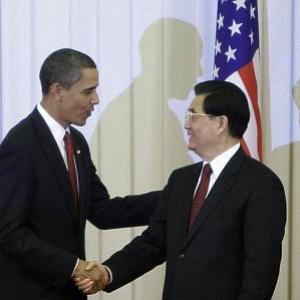