After 29 days, Omar Abdullah gets visit from sister

Former Jammu and Kashmir chief minister Omar Abdullah's sister met him on Monday, the 29th day of his house arrest, officials said, adding that some detained political leaders were now being allowed visits by their families. 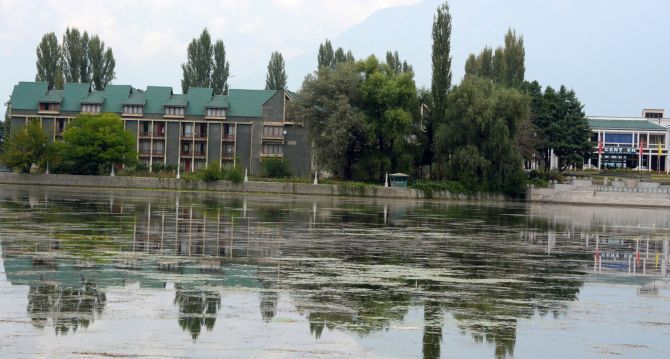 IMAGE: About 60 top-rung politicians belonging to all political parties except the Bharatiya Janata Party are believed to be in detention in guesthouses, their homes and hotels which have been converted into jails and also in prisons both within the state and outside. This is the Centaur Hotel which has been converted into a subsidiary jail. Photograph: Umar Ganie/Rediff.com

Safiya, whose father Farooq Abdullah is also under house arrest, met her brother for the second time since August 5, when Jammu and Kashmir's special status was revoked. Omar Abdullah's aunt Suraya Mattoo has also met him, officials said.

As a host of political leaders continue to remain under detention, Jammu and Kashmir's three former chief ministers Farooq and Omar Abdullah and Mehbooba Mufti as well as others are now allowed brief visits by their relatives in accordance with the jail manual, officials said.

Three-time chief minister Farooq Abdullah is under house arrest at his Gupkar Road residence while his son Omar is confined to Hari Niwas, a state guesthouse-turned into a jail, barely 500 metres away.

Mehbooba is in detention in a hut at Chashmeshahi near the governor's residence Raj Bhavan.

On August 28, Peoples Democratic Party chief Mehbooba's mother and sister met her at Chashmeshahi where she has been in custody since the early hours of August 5, when the Centre announced that Jammu and Kashmir's special status was being abrogated and the state would be divided into two union territories.

Over the last week, the relatives of some of these leaders have been allowed to meet them twice for roughly 15 minutes, officials said.

No details of the meetings were immediately available. 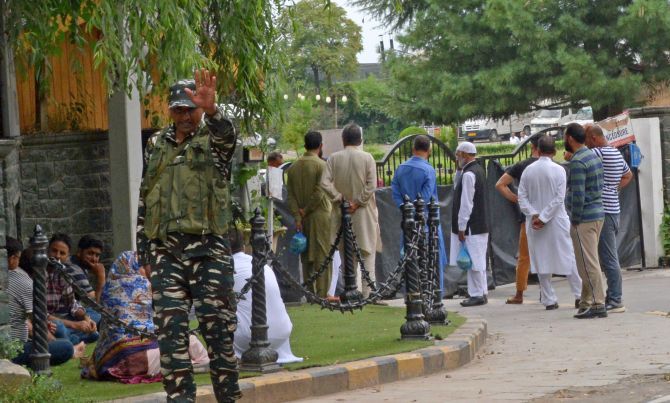 IMAGE: Family members and supporters stand outside the Centaur hotel hoping for a chance to meet the detailed leaders. Photograph: Umar Ganie/Rediff.com

Mehbooba's daughter Iltija said she, too, has no news of how the meetings went.

"My grandmother and aunt were allowed to visit my mother only after I decided to speak to the media. What about the families of those whose members have been jailed in Agra? Who will give them answers? Do they not deserve to know?" she asked.

Since August 5, the government has shifted 140 persons, including rights activists, stone pelters and political activists in various prisons in Uttar Pradesh.

For a month now, eight million people of her state have been punished, Iltija said. She refused to divulge her location.

The state has been cleaved and there is an "unprecedented and oppressive clampdown", she said.

She said Kashmiris deserve answers from the government about "when this siege will end instead of callous radio silence".

"If former chief ministers and elected representatives are being treated in this manner, one shudders to think about the plight of party workers who at the cost of their lives ensured democracy germinated in the valley," Iltija said.

There is no official word about how many politicians have been detained. But about 60 top-rung politicians belonging to all political parties except the Bharatiya Janata Party are believed to be in detention in guesthouses, their homes and hotels which have been converted into jails and also in prisons both within the state and outside. Another 400 political activists are also said to be in preventive detention.

There is a stream of family members and supporters seen outside Centaur hotel where several former MLAs and MLCs have been locked up. 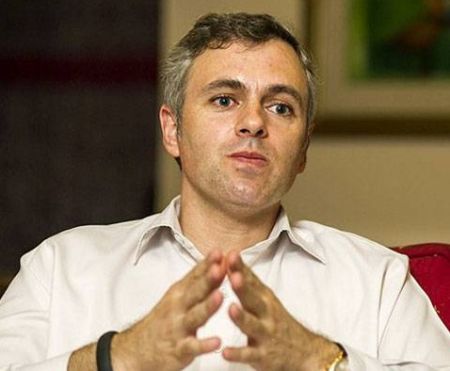 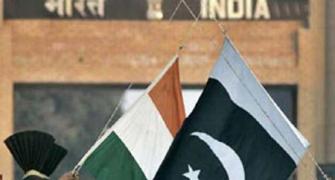 '90 per cent of Kashmir free of day time restrictions'