Trinamool Congress leader Derek O'Brien on Thursday pressed the government to repeal the three controversial farm laws and offered a ''Repealing Bill 2021' drafted by him for the purpose. Participating in a discussion on the motion of thanks on the president's address in the Rajya Sabha, the Trinamool MP also referred to the death of a farmer during the tractor parade in Delhi on Republic Day and said there should be a "proper inquiry" so the truth could come out.

He interrupted his speech to observe a minute's silence in the House along with other Opposition leaders, mainly the Congress, to pay tribute to farmers who had lost their lives during the two month agitation.

Thousands of farmers, mostly from Punjab, Haryana and western Uttar Pradesh, have been protesting at border points into Delhi since November to demand a rollback of the three farm laws. Talks between the government and farmer leaders have yielded no result so far.

"The 'Repealing Bill 2021'... this will repeal all (three controversial farm laws). I have taken the liberty of drafting the Repealing Bill 2021. I will share it with them. You repeal these bills (farm laws). There is a way to do it. Eighteen months' pause you will put on these (laws), but how?" he said in the Rajya Sabha.

The government had made a proposal to suspend the laws for 18 months.

Referring to the events that unfolded on January 26, O'Brien said, "Just imagine that unfortunate tractor incident where a farmer died under mysterious circumstances, just imagine if that happened in Bengal or Maharashtra... All I'm saying is that the truth be told. I'm not coming to any conclusions. Let the truth come out. The home minister of India is in charge. Do a proper inquiry and let the truth come out".

He said the political and administrative responsibility lies with the prime minister and the home minister.

Highlighting the Centre's resolve to double farmer income by 2022, O'Brien said at the current rate this will not happen till 2028. "In Bengal, in TMC government, from 2011 to now, not doubled, farmer income has tripled in West Bengal," he said.

The Trinamool MP said the farms laws were not sent to a select committee for scrutiny and accused the government of failing the sanctity of Parliament.

Sending out a message to the farmers' community, he said, "Yeh aapki roji roti ki baat hai. Hum aapke saath hain (This is about your livelihood, We all stand by you)."

"I cut short my speech for one minute and stand to give tribute to the farmers who lost their lives in this agitation," he added. O'Brien continued his speech after the minute's silence.

Referring to the farmers' agitation, he said, "It is their movement. It is not anybody's movement. "

He also alleged that the government had failed the people of India.

He drew the attention of the House towards the government's divestment policy, rising share of states funding in railways projects, higher mortality rates among infants and mothers, job losses especially during pandemic and frozen spending under MPLADS (till 2021-22).

"The home minister was to come to Bengal for a political rally. He needed to stay back in Delhi. So what was done. Two and a half or one and a half MLAs who were switching sides, they were sent the chartered planes and brought there in four hours," he said, adding that he wished so much love, care and affection was shown towards migrant workers.

According to O'Brien, when it comes to migrant workers, when their data is sought in Parliament, the government truly becomes the NDA - No Data Available.

When the Central government imposes cess, the collected amount is not shared with states, he said. "Out of the gross revenue in 1980, 2 per cent was cess. Now almost 16 per cent is being collected as cess. Every time you collect cess you deprive the states."

The Trinamool MP also said, "They have failed the media. You can intimidate and threaten media barons but not the young media persons (on the ground)." 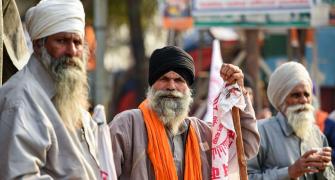 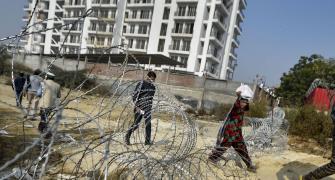 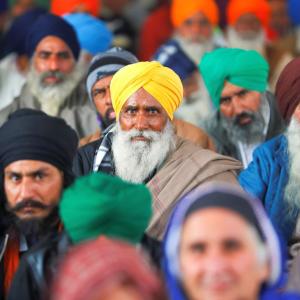 'You only dictate': Oppn to govt over farmers' stir