Delhi logged 24,331 fresh COVID-19 cases and a record single-day jump of 348 deaths on Friday while the positivity rate stood at 32.43 per cent, according to the latest health bulletin. 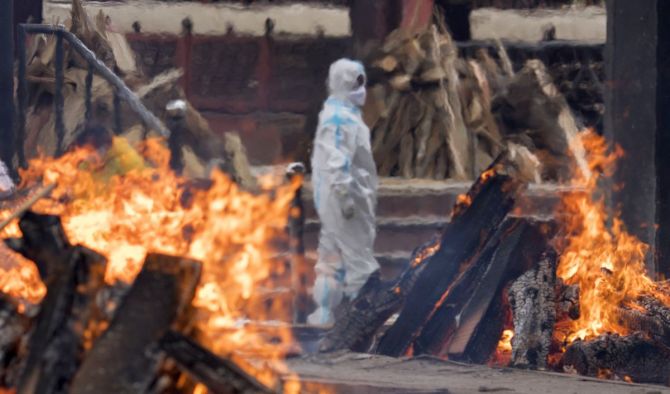 IMAGE: A man wearing PPE performs the last rites to his relative who died of the Covid-19 coronavirus disease at a crematorium in New Delhi, India. Photograph: Anindito Mukherjee/Getty Images

The city has reported around 2,100 deaths due to the deadly virus in the last 11 days.

With the fresh cases, the national capital's cumulative tally climbed to 9,80,679 on Friday. The death toll stands at 13,541, the bulletin stated.

The number of tests is significantly less than the average of around 90,000 tests a day being conducted in the capital. So far, over 8.75 lakh patients have recovered in Delhi, it added.

The number of active cases in the city increased to 92,029 from 91,618 on Thursday, the bulletin stated.

Senior medical experts on Monday said the second wave of coronavirus in Delhi is likely to peak within a week after possibly hitting a positivity rate of 50 per cent before the numbers start to go down. 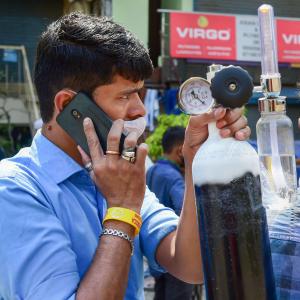