The Delhi high court on Tuesday ordered the trial court to frame charges of waging war against the government of India against Wasim Akram Malik for his role in the September 2011 terror strike in the high court premises.

A bench of justices Sanjiv Khanna and S P Garg allowed National Investigation Agency's plea against the trial court order, which had dropped stringent penal charge of 'waging war against the government' against Malik, who is facing trial in the September 7, 2011 attack case, in which 15 people were killed and 79 others were injured.

"The facts as alleged and material evidence relied upon and mentioned justify framing of charges under the appropriate section of the IPC," the bench said.

Accepting the NIA's argument that the intention of the accused was not to cause injury to a particular person but the public in general, it said, "We allow the present appeal and set aside para 24 of the trial court order discharging the respondent (Malik) and holding that there is no ground or material to frame charges under section 121 of IPC."

"We record and note the contention that the bomb blast was not targeted to cause injury to a particular person but (the bomb) was kept at the reception counter of the Delhi high court, which issued passes that enables litigants and others to enter the main gate of high court building.

"The object, purpose and animus as propounded and alleged has to be given weightage and cannot be discounted or rejected at this stage," the court said.

The bench rejected Malik's argument that unless security forces are specifically targeted section 121 is not attracted.

"The dividing line i.e., terrorist act or waging war in some cases may be there but the present case has its own peculiarities like the location where the bomb exploded, animus which has been attributed, the email, etc.," the bench said.

The special court had framed charges in the case on September 4, but had dropped the stringent charges against Malik saying more evidence was required to frame charges under those provisions.

"These offences (relating to waging war against country) require something more than the one which is available against the accused in this case. Merely because a bomb had exploded outside the Delhi high court and in the e-mail, there was a reference of release of Afzal Guru, it does not mean that these three offences (of waging war against country) are made out," the lower court had said.

In its plea, the NIA had said, "The special court did not appreciate the fact that in the present case an institution like the Delhi high court was a target of the terror act and as per the appellant's respectful submission, it amounts to waging war against government of India and is punishable under Sections 121 and 121A of IPC."

In its plea, the NIA had also referred to the statements of Amir Abbas Dev, who later turned approver and other witnesses, to argue that harsher charges should have been framed.

The terror attack was plotted with an aim to get the death sentence of Parliament attack case convict Afzal Guru commuted to life term, the NIA had said.

The agency had filed a charge sheet against six persons, including three arrested accused Malik, Dev and a minor, besides three others -- Amir Kamal, Junaid Akram Malik and Shakir Hussain Seikh alias Chota Hafiz, who are suspected members of banned terror outfit Hizb-ul Mujahideen and evading arrest. The minor's case is being adjudicated separately 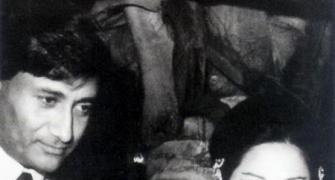 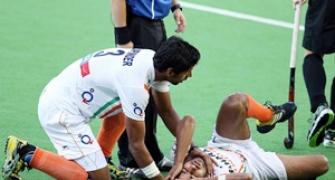 Hafiz Saeed: So near, yet so far for Indian agencies 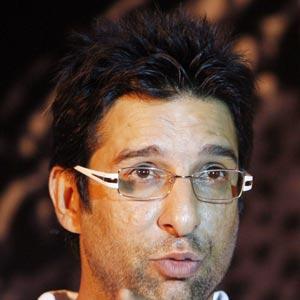 Akram turns down PCB offer to hold camp for pacers