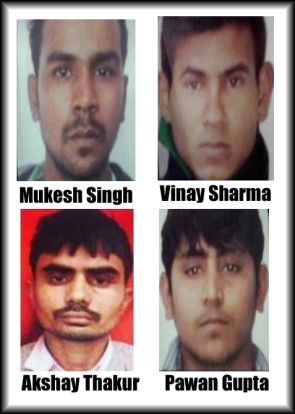 The Delhi high court on Monday issued production warrants for Tuesday to four death row convicts in the December 16 gang rape and murder case on the trial court's reference for confirmation of the capital punishment given to them.

The order came on the submission of Dayan Krishnan, who has been re-appointed as special public prosecutor by the Delhi police in the case, that this court can direct production of the convicts to know whether they are going to file an appeal against the trial court's judgment.

The prosecutor made his submission while answering a query of the bench as to how soon the court can hear the matter at length.

The court also asked the high court registry to prepare paper books for the parties in the matter.

On September 13, while awarding capital punishment to Mukesh, Akshay, Pawan and Vinay, Additional Sessions Judge Yogesh Khanna had referred the case to the high court for confirmation of the sentence.

The trial court has to refer each death penalty case to the high court for confirmation of the punishment.

The trial court had also granted 30 days time to the convicts to file their appeal before the high court.

The four convicts were awarded death sentence in the brutal gang rape case by the sessions court, which said it fell in the rarest of rare category as the crime was committed against a 23-year-old "defenceless" girl in a "beastly" and "hair-raising" manner.

"Accordingly, the convicts be hanged by neck till they are dead," the trial court had said after noting that the inhuman and ghastly acts of the convicts shocked the collective conscience of the nation and deserves exemplary punishment.

Prime accused Ram Singh, 34, was found dead in the cell in Tihar Jail in March and proceedings against him were abated.

On August 31, the juvenile accused was convicted and sentenced to a maximum of three years in a reformation home.

On the night of December 16, last year, the paramedic student was gang raped in a moving bus in south Delhi after the convicts lured her and her 28-year-old male friend, who was also assaulted, on board the vehicle, which was later found to be plying illegally.

The girl succumbed to her injuries on December 29, 2012 in a Singapore hospital.

Source: PTI© Copyright 2022 PTI. All rights reserved. Republication or redistribution of PTI content, including by framing or similar means, is expressly prohibited without the prior written consent.
Related News: Akshay Thakur, Judge Yogesh Khanna, Vinay Sharma, Dayan Krishnan, south Delhi
Print this article
View: Why the Delhi rapists should not be hanged 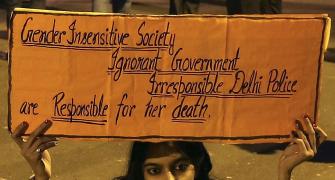 View: Only murderers deserve to be hanged, not gang rapists 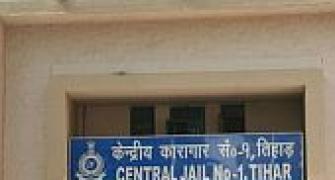 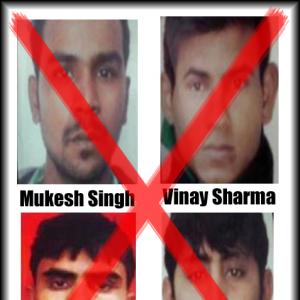 Men who were HANGED for what they did