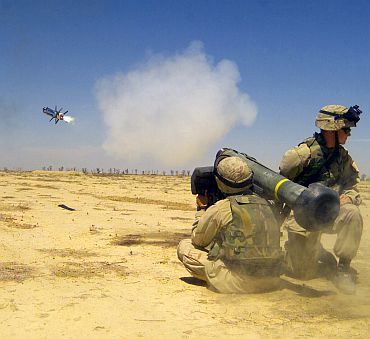 The United States is rising steadily up the list of India's top military suppliers. The defence ministry is finalising a decision to allow the FGM-148 Javelin missile, built by US companies Lockheed Martin and Raytheon, into a contest to supply the Indian Army with anti-tank guided missiles.

This is bad news for Israeli company, Rafael Advanced Defence Systems, whose Spike ATGM was poised to be awarded the contract for 8400 missiles for India's 350-odd infantry battalions, estimated to be worth Rs 9,300 crore ($1.5 billion). When India floated a tender, only Rafael had offered a missile that met the army's requirements. Now the Javelin is on offer and an interested MoD wants it to compete with Spike.

On November 11, the MoD's apex Defence Acquisition Council (DAC) debated whether to buy the Spike. Eventually, it shied away from a single-vendor purchase, though a "global technology scan" that the military carried out earlier this year found no comparable option. Now, with the Javelin on offer, albeit as a latecomer, the game has changed.

The US Department of Defense (the Pentagon) has offered the Javelin in two separate letters to the MoD this year. As Business Standard first reported (September 17, "US offers to co-develop new Javelin missile with India") the Pentagon has sweetened its offer with a proposal to co-manufacture the Javelin in India, and to partner the Defence R&D Organisation (DRDO) in co-developing an advanced version of the missile for the future.

The Pentagon has offered the Javelin under the US Foreign Military Sales (FMS) programme. This implies it would be contracted directly between the Pentagon and the MoD, with the Pentagon negotiating terms with Lockheed Martin and Raytheon, and charging India 3.8 per cent of the contract amount as a fee. The MoD, wary of procurement scams, believes FMS contracts are relatively clean and increasingly favours this route. The C-17 Globemaster III transport aircraft, bought for Rs 25,000 crore ($4.12 billion) was an FMS contract; the on-going purchase of M777 artillery guns is also through the FMS route.

The Javelin offer also benefited from the personal advocacy of the recently retired US defence secretary, Ashton Carter, who lobbied forcefully during his visit to New Delhi on September 17.

"(The Javelin) is being offered to no other country but India", Carter told the media in New Delhi.

MoD has declined to comment on this proposal, but officials privately term the offer "unprecedented". US equipment has always been bought over-the-counter. Now the offer to co-manufacture the third-generation (i.e. "fire-and-forget") Javelin ATGM could bring in US best practices in high-tech manufacture. Meanwhile, the DRDO is evaluating the proposal to co-develop the fourth-generation missile, an offer that the US has not made even to its closest allies.

The Javelin, which has seen extensive combat in Iraq and Afghanistan, is regarded as the world's premier man-portable, anti-tank missile. It allows infantrymen, who are often vulnerable to enemy tanks, a weapon to destroy tanks from four kilometres away.

If the Javelin were superior to the Spike, as US officials claim, it would also be more expensive. The Pentagon's co-manufacture and co-development offer seeks to compensate for that higher cost.

Yet, the army is frustrated at the stalling of the Spike purchase, which was being finalised after extensive trials. The army has now asked the DRDO to co-develop an ATGM with an international partner. Since defence procurement rules require the DRDO to select a development partner through competitive bidding, Lockheed Martin and Raytheon might have to compete with Rafael, and possibly other global vendors as well.

MoD sources welcome the prospect of US companies competing with other vendors to partner India in missile co-development. "The more vendors that compete, the better the deal for India", says an official.

Missile co-development with Israel has been plagued with glitches in the past. The Indo-Israeli Long Range Surface-to-Air Missile (LR-SAM) and Medium Range Surface to Air Missile (MR-SAM) projects are running years behind schedule.

Meanwhile, Washington-based sources tell Business Standard that the Pentagon plans to make the Javelin offer even more attractive. Declining to provide details, they say the MoD will soon hear the specifics.

Washington had not offered India the Javelin when the MoD first floated a global tender for ATGMs. The Pentagon was eager but the State Department argued that equipping India so lavishly would "alter the regional military balance". With the US-India engagement maturing, the State Department is now fully on board. Indian Army missile pilots had fired the Javelin several times during US-India joint exercises and were impressed by its performance. Nevertheless, the Javelin would be comprehensively trial-evaluated, as the Spike has been. That will only begin when an FMS request is processed between Washington and New Delhi.

With over Rs 50,000 crore ($8 billion) worth of orders already on its books, America is closing in on another Rs 30,000 crore ($5 billion) worth of arms sales to India. These include six C-130J Super Hercules tactical transport aircraft; 22 AH-64D Apache attack helicopters; 15 CH-47F Chinook heavy-lift helicopters; and 145 M-777 ultra-light howitzers. The Javelin could now swell that tally. 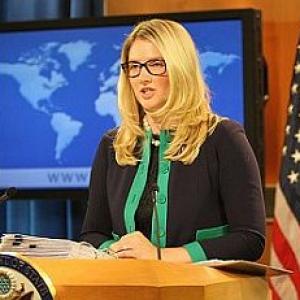 After Indian retaliation, US appeals for diplomats' safety 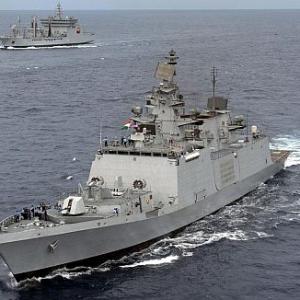 Indian and Japanese navies to train together for the first time