India's doctrinal policy shift in combating terror by carrying out the Balakot air strikes inside Pakistan, appointment of a Chief of Defence Staff and hastening work on military modernisation marked a new beginning in 2019 in dealing with complex security challenges. 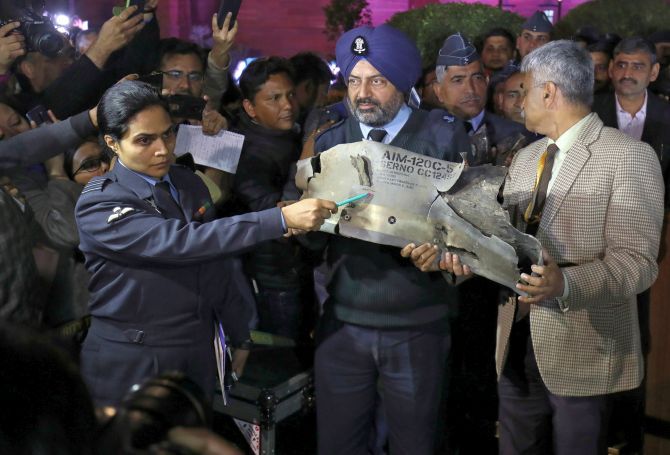 The strike by India's warplanes on a Jaish-e-Mohammed terrorist training camp in Pakistan on February 26 to avenge the killing of 40 paramilitary personnel in Kashmir and the Pakistani air force's subsequent retaliation the next day triggered fears of a war between the two nuclear-armed neighbours.

The most visible face of the confrontation was Wing Commander Abhinandan Varthaman whose capture by Pakistan after downing his MiG-21 fighter triggered the most serious military crisis between the two neighbours in decades.

But diplomatic outreach by major powers and India's stern warning to Islamabad led to his release after two days, averting further escalation of the conflict.

Pounding a terror facility inside Pakistan's hinterland reflected a major shift in India's approach in dealing with cross border terror.

Another key move to bringing in new thinking in strategic planning was the government's landmark decision to appoint India's first Chief of Defence Staff, in the rank of a four-star general, who will act as the principal military adviser to the government on all matters relating to the tri-services.

In a far-reaching decision, the government also created a wing called the Department of Military Affairs under the Defence ministry to deal with tri-services matters, reflecting a more nuanced approach in handling national security issues.

Prime Minister Narendra Modi made the announcement on the CDS in his address to the nation from the Red Fort on August 15. The creation of the CDS was suggested by the Kargil Review Committee in 1999.

"Our entire military power will have to work in unison and move forward. All the three services should move simultaneously at the same pace," the Defence ministry said in its year-end review.

After years of wait and grappling with the swirling controversy relating to the Rafale deal, the Indian Air Force in October received the first of the 36 multi-role Rafale fighter jets.

The aircraft with most advanced weapons package comprising Meteor and Scalp missiles are expected to provide the country unrivalled deep strike capability and air dominance in the region.

In the run-up to the Lok Sabha elections, the defence ministry had to deal with the political firestorm over the Rs 59,000-crore deal, strongly rebutting charges of graft and wrong-doings.

In a significant move following years of deliberations, the Indian Army decided to raise Integrated Battle Groups along the borders with China and Pakistan to help it carry out swift strikes in case of war.

The IBGs, aimed at integrating different components of the Army into the new formation, will include artillery guns, tanks, air defence and logistical elements. The IBGs will be headed by major general-rank officers and each of the units will have around 5,000 troops.

In October, India carried out its biggest ever mountain combat exercise in Arunachal Pradesh ahead of Chinese President Xi Jinping's visit for the second informal summit with Prime Minister Modi.

In 2019, the Indian Army dealt with around 3,200 ceasefire violations along the Line of Control with Pakistan besides adopting a new approach to counter terrorism after the government announced reorganisation of Jammu and Kashmir in August.

In a major retaliation to Pakistan's unprovoked firing, the Indian Army in October resorted to heavy artillery attacks targeting at least four terror camps and several Pakistani military positions opposite the Tangadhar sector along the Line of Control.

The year also saw the army kick-starting far-reaching reforms with an aim to enhance its war-fighting capabilities and make it "leaner and meaner".

Though all the three forces renewed efforts to implement long-pending modernisation, procurement of new platforms and weapons was somehow impacted by shortage of funds.

Speaking out on the issue in public, Navy Chief Admiral Karambir Singh in December flagged concerns over the decline in the navy's share in defence budget from 18 per cent in 2012-13 to 13 per cent in 2019-20 and sought higher allocation for his force.

There were similar concerns in the army as well.

Notwithstanding the shortage, the government went ahead with the procurement process of strategic platforms, including acquiring a fleet of around 110 fighter jets which could be one of the world's biggest military procurement in recent years.

The jets will be produced jointly by a foreign aircraft maker along with an Indian company under the strategic partnership model which aims to bring in high-end defence technologies to India.

Reflecting its robust surveillance system, the navy in September drove away a Chinese naval ship from India's Exclusive Economic Zone in the Andaman sea, warning the neighbouring country that such activities will be dealt with sternly.

In January, the Indian Navy carried out a mega exercise for the first time with the participation of 13 coastal states and union territories along with all maritime stakeholders to check the efficacy of maritime security and surveillance.

Nearly 150 ships, 40 aircraft and a number of other strategic assets of the Navy and Coast Guard were part of the exercise which, according to the Navy, was "unprecedented" in its scale and size.

In June, Rajnath Singh took charge as Defence minister after the Lok Sabha polls. He visited various countries, including the US France, Russia, Ukraine, Japan and South Korea, in a bid to strengthen bilateral and multilateral defence cooperation.

The main focus of the visits was counter-terror cooperation and ways to ensure peace and stability in Indo-Pacific and South China Sea regions.

Manash Pratim Bhuyan
Source: PTI© Copyright 2021 PTI. All rights reserved. Republication or redistribution of PTI content, including by framing or similar means, is expressly prohibited without the prior written consent.
Print this article 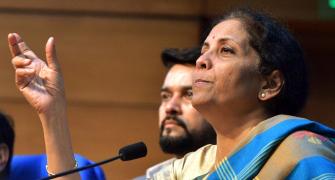 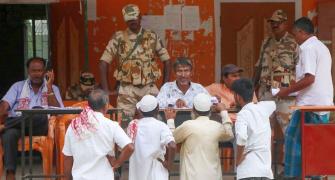 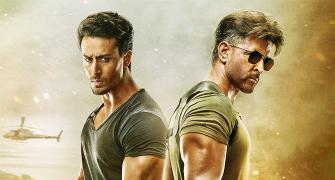 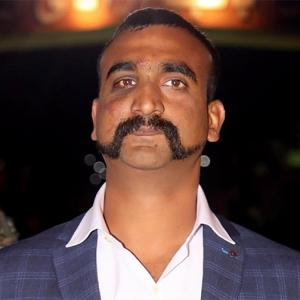 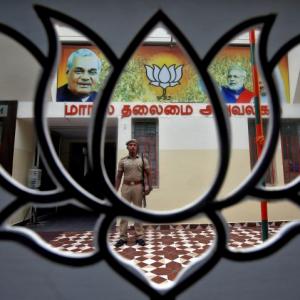