The Bombay high court on Monday dismissed Rashtriya Swayamsevak Sangh functionary Rajesh Kunte's plea seeking that the transcript of Rahul Gandhi's speech made in 2014, in which he allegedly blamed the RSS for Mahatma Gandhi's assassination, be admitted as evidence in a criminal defamation case filed against the Congress leader observing that an accused cannot be compelled to admit or deny any document. 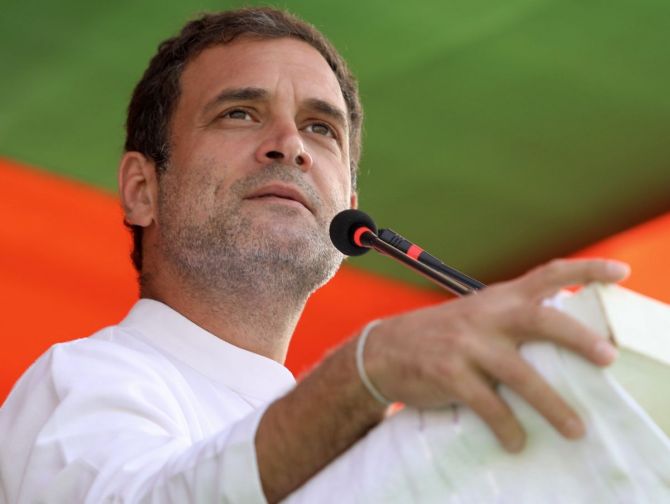 Kunte had approached the HC in 2019, challenging an order of the Bhiwandi magistrate's court passed in September 2018 which dismissed his request to admit the transcript copy in the list of documents under section 294 of the CrPc.

On Monday, a single bench of the Bombay HC presided over by Justice Revati Mohite Dere dismissed Kunte's plea.

Rahul Gandhi is facing trial in a criminal defamation case following an FIR filed against him by Kunte in 2014 after the said speech.

As per Kunte's plea, on March 6, 2014, Rahul Gandhi made a speech in Bhiwandi during an election rally where he allegedly said that 'RSS people' had killed Mahatma Gandhi.

Soon after, Kunte, who is the secretary of the Bhiwandi unit of the RSS, lodged a complaint against Rahul Gandhi.

The Congress leader later said his comments had been quoted out of context.

In December 2014, Rahul Gandhi moved to the Bombay high court, challenging the defamation proceedings initiated against him. He had at that time submitted a transcript of the said speech in the HC.

In his plea in the HC, Rahul Gandhi said among other things, that the 'BJP and the RSS were essentially the same' and while he had meant to speak about the BJP's position on Mahatma Gandhi's assassination, he had said the RSS instead.

He had further said that the 'imputation made against the RSS was true' and therefore, constituted a ground for his defence to the defamation proceedings. His plea was dismissed by the HC in 2015.

Kunte said in his plea before the HC that Rahul Gandhi had nowhere denied having made the speech and merely explained the circumstances surrounding his speech as his defence.

He further said by filing the petition in the HC and listing the above-mentioned grounds, Rahul Gandhi had in a way verified the transcript of such speech. The transcript, therefore, had been 'proved,' Kunte said.

"Reading of the writ petition (Gandhi's) shows that it squarely relies on the transcript of the speech and in fact substantiates the same (transcript) to be genuine," Kunte's plea in the HC read.

As per procedure, when a document is produced before a court by the prosecution, it is first put in a list of documents and then the other side is called upon to either admit or, deny the genuineness of that document.

Once genuineness is admitted by the defence, that document can be read as substantive evidence under 294 of the CrPC.

In the HC, Rahul Gandhi's lawyer Kushal Mor had opposed Kunte's plea saying that in a trial, the prosecution must stand on its legs and that an accused couldn't be forced to admit the genuineness of the document.

The high court agreed with the submissions and said on Monday that the genuineness of the transcript will have to be proven by Kunte or his lawyers before the magistrate's court at the time of trial.

"The submission of the learned counsel for the petitioner that Annexure C (transcript copy) to the writ petition filed by the respondent No. 1 (Rahul Gandhi) in this court ought to have been exhibited under Section 294 Cr.PC, as it was relied upon by respondent No.1, is wholly misconceived," the HC said.

"It is a settled law that the prosecution must stand on its own feet in order to prove its case," it said.

The high court further said that Rahul Gandhi had annexed the transcript copy to his plea to show in the HC that no case of defamation was made against him.

Merely because the said transcript had been annexed by Rahul Gandhi, Kunte couldn't claim to have been absolved of his liability to proving the genuineness of the transcript and its admissibility as evidence during the trial, the bench said.

"The said CD (of the transcript) is a document of the petitioner, which will have to be proved by the petitioner during the course of the trial in accordance with the law. Merely because the petitioner (Kunte) has obtained a certified copy of the petition along with the annexures do not mean that he can compel respondent No. 1 (Rahul Gandhi) to admit/deny Annexure 'C' to the said petition," it said while dismissing Kunte's plea.

"No court can compel or direct an accused to admit/deny any document. It is also not the intent of the legislature under Section 294 Cr.P.C.," the high court said. 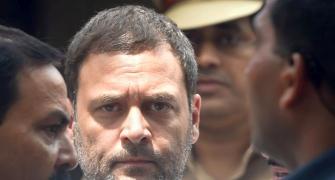 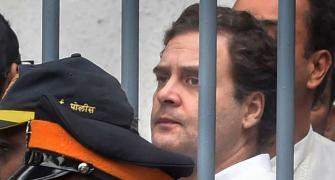 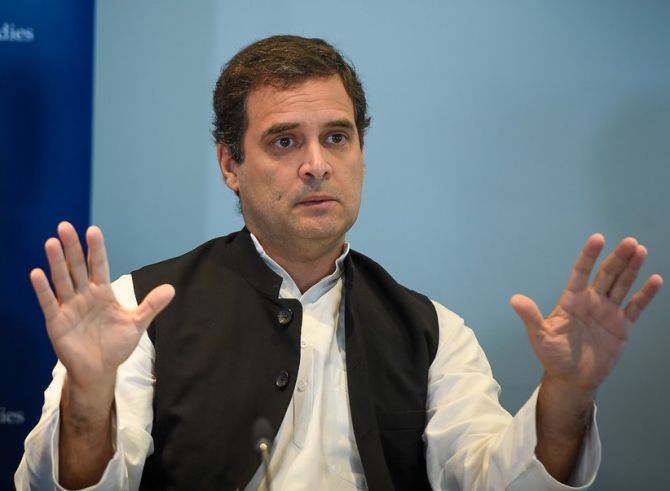 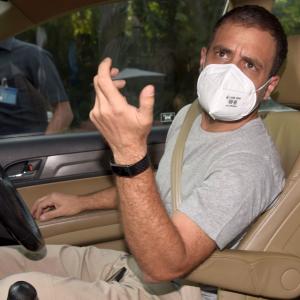