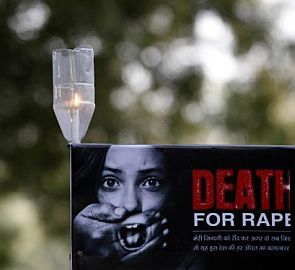 The judgment in the December 16 gang rape case involving a minor was on Monday deferred till August 19 by the Juvenile Justice Board pursuant to a direction of the Supreme Court.

The JJB presided over by Principal Magistrate Geetanjali Goel postponed the verdict for August 19 considering the fact that the Supreme Court has asked it not to pronounce its order till it decides a petition concerning the interpretation of the term "juvenile", police sources said.

They said the board also posted for August 19 its order on sentence against the juvenile in a case in which he was earlier convicted for robbing a carpenter onboard the bus before allegedly assaulting the girl and her friend on the night of December 16, last year.

The JJB's order was put off in the light of the plea of Janata Party president Subramanian Swamy for a fresh interpretation of the term 'juvenile' which he raised in the wake of the December 16 incident in which the 23-year-old was brutally gangraped and assaulted in a moving bus in south Delhi.

She died in a Singapore hospital on December 29 leading to slapping of charge of murder against the juvenile and other co-accused.

The apex court had on July 31 asked Swamy to inform the JJB not to pronounce its verdict on the alleged role of the minor in the December 16 gangrape and murder case, till it decides the PIL.

Swamy's plea will come up for hearing before the apex court on August 14. He has sought that the "mental and intellectual maturity" should be considered instead of age limit of 18 years for such offenders while fixing their culpability and contended that his plea would become infructuous if the JJB went ahead with pronouncement of its verdict.

The inquiry against juvenile in the gangrape and robbery case had concluded on July 5 and the board had reserved its judgement for July 11.

Since then, the Board's verdict has been deferred thrice, once on July 11, then on July 25 and today (August 5).

Besides him, the four adult accused--Mukesh, Pawan Gupta, Vinay Sharma and Akshay Thakur--are being tried by a special fast-track court.

Proceedings against key accused Ram Singh abated after his death on March 11 when he was found hanging in his cell in Tihar Jail in Delhi.

The police has in its charge sheet said the juvenile was the most brutal of all the accused.

However, during the inquiry before the JJB, the juvenile claimed he was innocent.

A native of Uttar Pradesh, the minor had moved to Delhi at the age of 11. He has been convicted for robbing a carpenter, Ramadhar, with the other adult co-accused by luring him into the same bus in which the girl was gangraped and assaulted.

He has been held guilty under section 395 (dacoity), 342 (wrongful confinement) and 412 (dishonestly receiving property stolen in the commission of a dacoity) of the IPC.

The carpenter had identified the juvenile as one of the accused on board the bus.

The minor, however, was acquitted under section 365 (kidnapping or abducting with intent secretly and wrongfully to confine person and 394 (voluntarily causing hurt in committing robbery) of the IPC.