A special court on Friday sentenced to death 38 members of terror outfit Indian Mujahideen in the 2008 Ahmedabad serial blasts which killed 56 people and injured over 200.  It also gave life term to another 11 IM convicts in the case.

It is for the first time in the country that maximum number of death sentences were handed down by a court at one go. In January 1998, all 26 convicts in the assassination of former prime minister Rajiv Gandhi in 1991 were given capital punishment by a TADA court in Tamil Nadu.

The quantum of punishment was pronounced by Special judge A R Patel, ten days after 49 people were convicted and 28 others acquitted.

After the sentencing, Public Prosecutor Sudhir Brahmbhatt told reporters that a charge-sheet filed by the Gujarat police in 2010 had shown that the convicts, who were associated with the IM, had also planned to eliminate the then chief minister Narendra Modi, who is now the prime minister.

"A charge-sheet filed in 2010 in the case contained a statement of an accused which he had given to the magistrate under section 164 of the CrPC. In his statement, the accused (who is among those convicted), had admitted that they had also hatched a plan to kill PM Modi, who was Gujarat's chief minister back then," said Brahmbhatt, who did not give the name of the convict.

Another prosecution lawyer, who claimed he had the opportunity to go through parts of the 7,000-page judgment, said the judge has observed in his verdict that the convicts had tried to "kill the then CM Narendra Modi, the then Home Minister of Gujarat Amit Shah and local MLA Pradipsinh Jadeja. But fortunately, they survived." The lawyer did not want to be named and the judgment has not been made public yet.

The court termed the series of blasts as ”rarest of rare” and ordered that the 38 convicts in the case be hanged till death, while 11 others were given life imprisonment till death, public prosecutor Amit Patel told reporters.

Bombs had exploded at various spots in Ahmedabad, including the state government-run civil hospital, Ahmedabad Municipal Corporation-run LG Hospital, on buses, parked bicycles, in cars and other places, killing 56 people. As many as 29 live bombs were also found in Surat in the next couple of days, though none of them exploded.

All the convicts attended the hearing via video link from eight jails, including Sabarmati central jail in Ahmedabad, Tihar jail in Delhi and jails in Bhopal, Gaya, Bengaluru, Kerala and Mumbai.

Both Safdar Nagori and Zahid Shaikh were accused of collecting funds for acquiring explosives and for other illegal activities of the banned outfit Students Islamic Movement of India (SIMI), while Kapadiya had acquired mobile SIM cards using fake documents and stayed in hotels using fake identity.

The trial began in December 2009 against 78 persons linked to the IM, which was later banned in 2010. One of them turned approver. The court concluded the trial against the 77 accused in September last year.

Four more accused were arrested later, but their trial has not commenced yet, a government lawyer said.

The police had claimed that members of the IM, a radicalised faction of SIMI, were behind the blasts and was planned as a revenge for the 2002 post-Godhra riots in Gujarat that left over 1,000 people, most of them from the Muslim community, dead.

While 38 people were convicted by the court under the Indian Penal Code (IPC) sections 302 (murder) and 120B (criminal conspiracy) and provisions of the Unlawful Activities (Prevention) Act (UAPA), 11 others were held guilty for criminal conspiracy and under various sections of the UAPA, Prosecutor Patel said. The court imposed a fine of Rs 2.85 lakh on 48 convicts and Rs 2.88 lakh on another convict.

The trial was conducted after the court merged 20 FIRs relating to Ahmedabad blasts and 15 FIRs regarding Surat incidents.

The state government had transferred the investigation to the Ahmedabad crime branch, under the supervision of the then JCP Ashish Bhatia, who is now serving as the Gujarat DGP.

Nine judges presided over the case, starting with Bela Trivedi, in whose court charges were framed against the accused on February 15, 2010. Justice Trivedi is now the judge of the Supreme Court. Judge A R Patel started hearing the case from June 14, 2017. 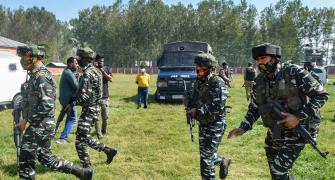 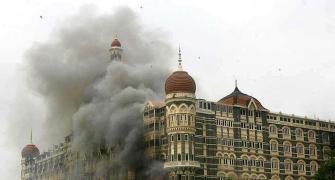 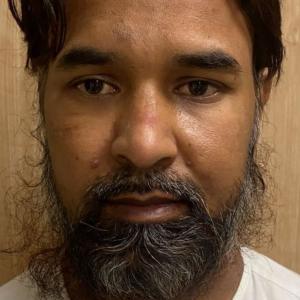 Pak terrorist, living in India for over 10 yrs, held