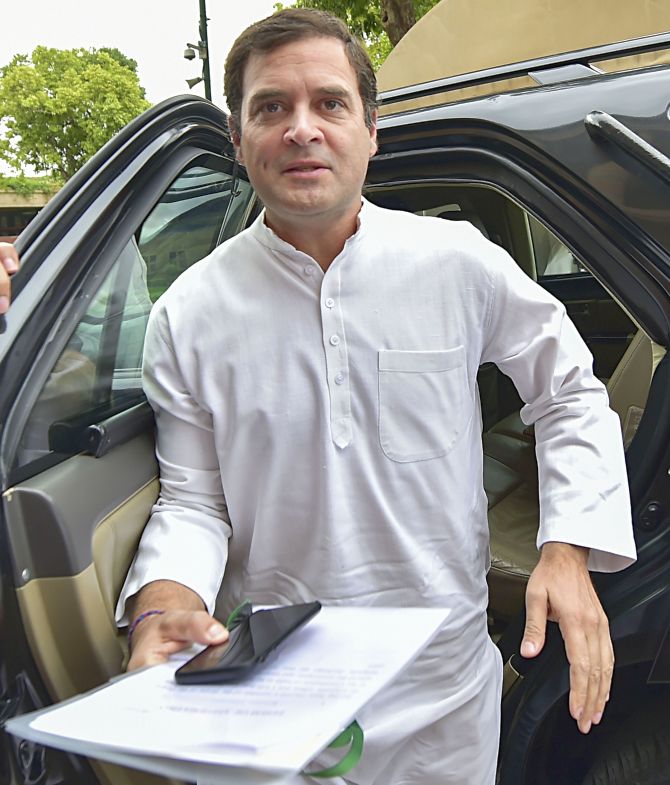 IMAGE: Congress president and MP from Wayanad Rahul Gandhi during the opening day of the first session of the 17th Lok Sabha at Parliament House in New Delhi. Photograph: Arun Sharma/PTI Photo

As the Leader of the House, Modi was the first to take oath as member of the lower house 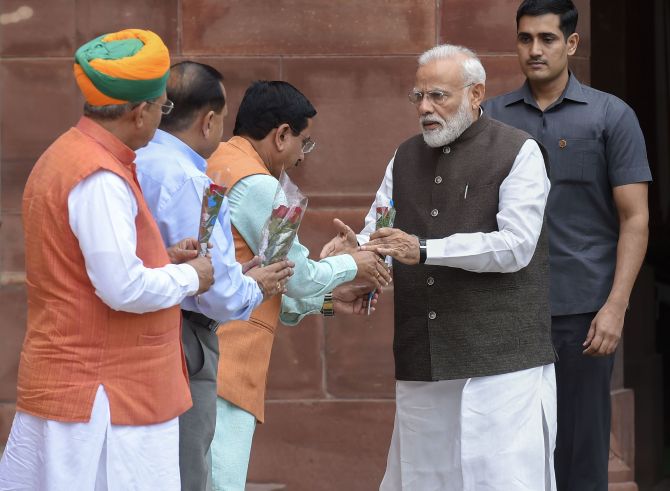 Addressing the media outside parliament before the commencement of Parliament session, Modi reached out to the opposition saying they need not "bother about their numbers" as their every word is "valuable" to the government.

He urged all MPs to be impartial in the House and address issues related to the larger interest of the nation. 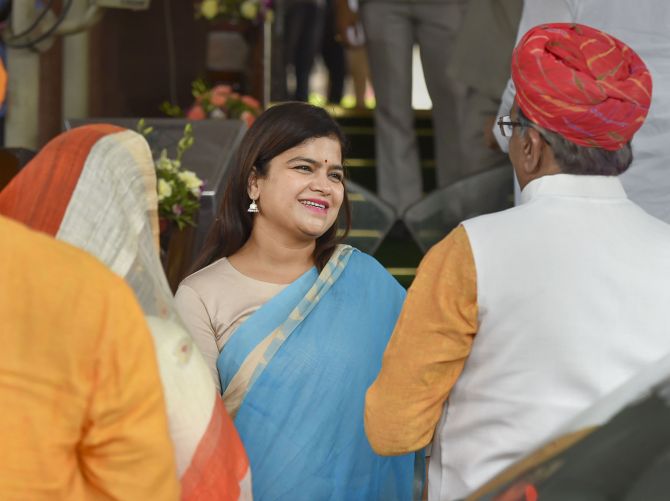 "When we come to Parliament, we should forget 'paksh' (treasury) and 'vipaksh' (opposition). We should think about issues with a 'nishpaksh' (impartial) spirit and work in the larger interest of the nation," he said,

Besides the Union ministers who were elected to the Lok Sabha, members from 23 states and union territories, including Andra Pradesh, Assam, Madhya Pradesh, Odisha, Kerala, Jammu and Kashmir and Bihar took oath. 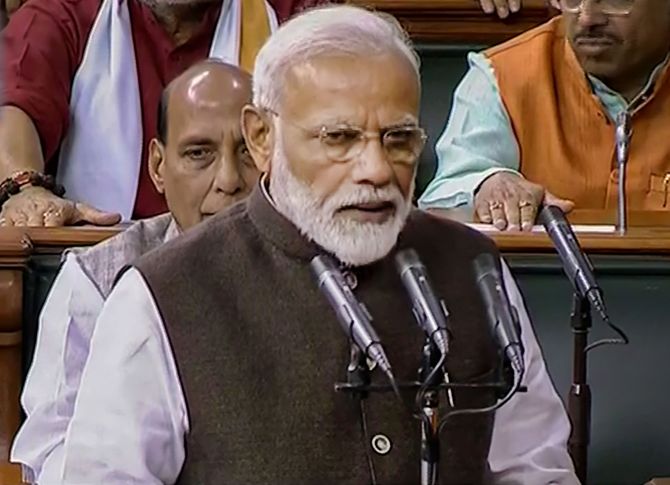 The remaining members will take oath on Tuesday.

The Lok Sabha at present has 542 elected members.

Elections to Vellore seat in Tamil Nadu was cancelled as the Election Commission felt excessive monery power was being used to lure voters in that constituency..

A fresh date is yet to be announced. 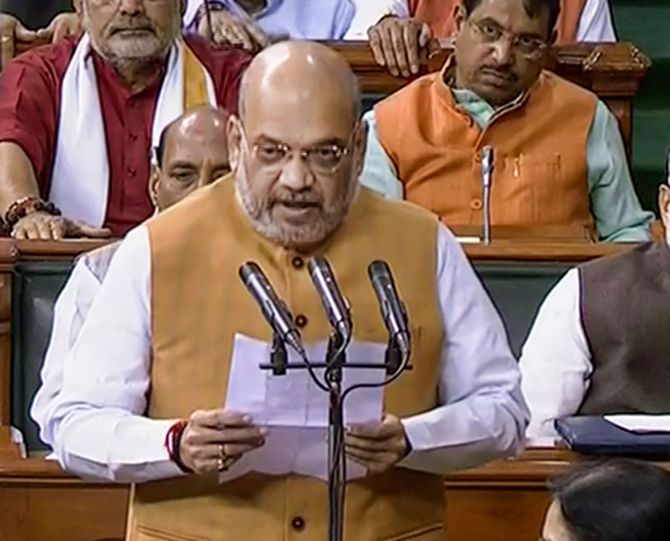 BJP MP from Bhopal Sadhvi Pragya Singh Thakur created a controversy when she suffixed the name of her spiritual guru with hers while taking oath, drawing objections from the Opposition.

Amid protests and shoutings, Thakur said that it was her full name and she had mentioned that she had already mentioned her full name in the form she had filled for oath taking. 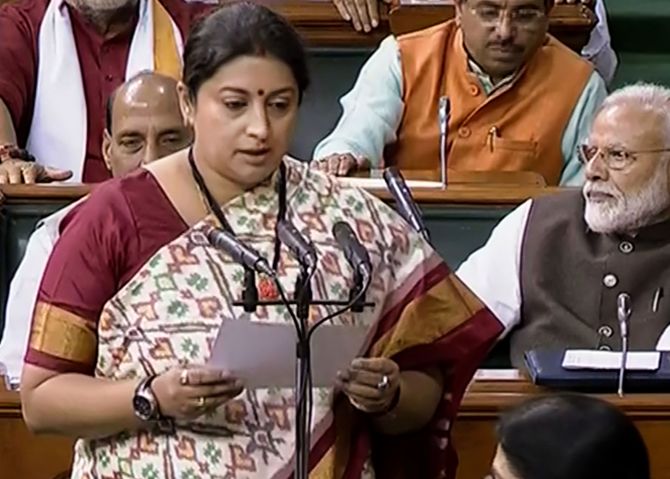 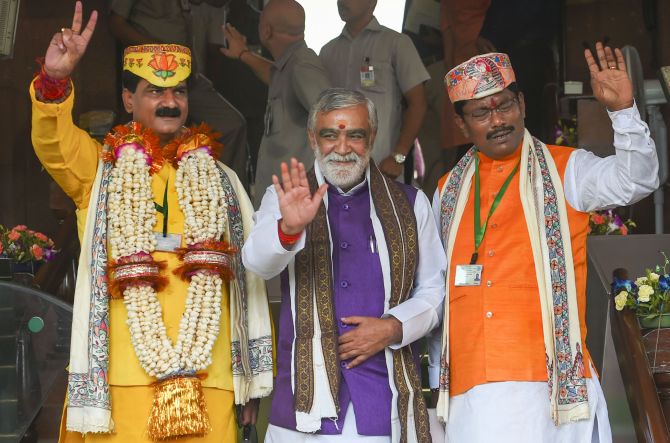 When Modi's name was called out by the Secretary General for taking oath, members from the ruling National Democratic Alliance thumped the desk greeting the Prime Minister with slogans such as 'Modi Modi' and "Bharat Mata ki Jai".

While the prime minister and most of Union Ministers took the oath in Hindi, Union Ministers Harsh Vardhan, Sripad Naik, Ashwini Chaubey and Pratap Chandra Sarangi did so in Sanskrit. 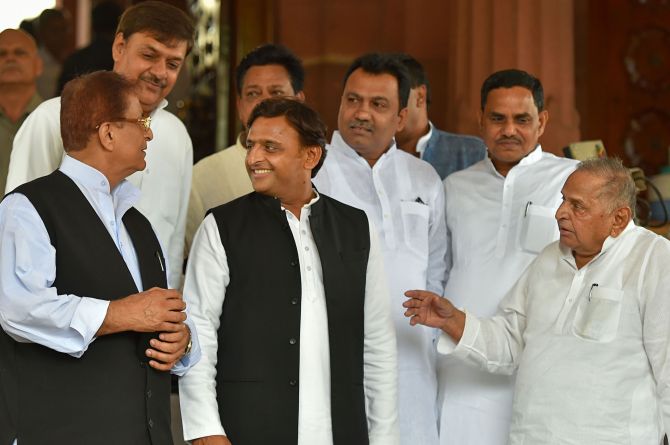 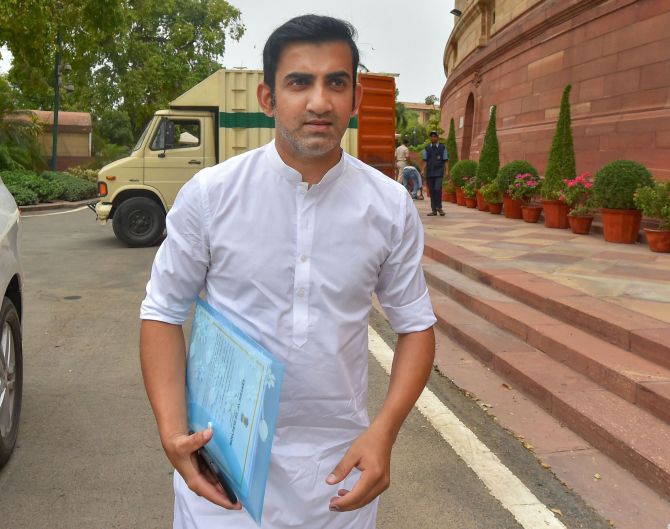 Before the House met, Virendra Kumar was sworn in as Pro-Tem Speaker by President Ramnath Kovind at Rashtrapati Bhavan.

Several members took oath in their mother tongue, like most of the YSR Congress Party MPs in Telegu. Many members from Assam took oath in Assamese. 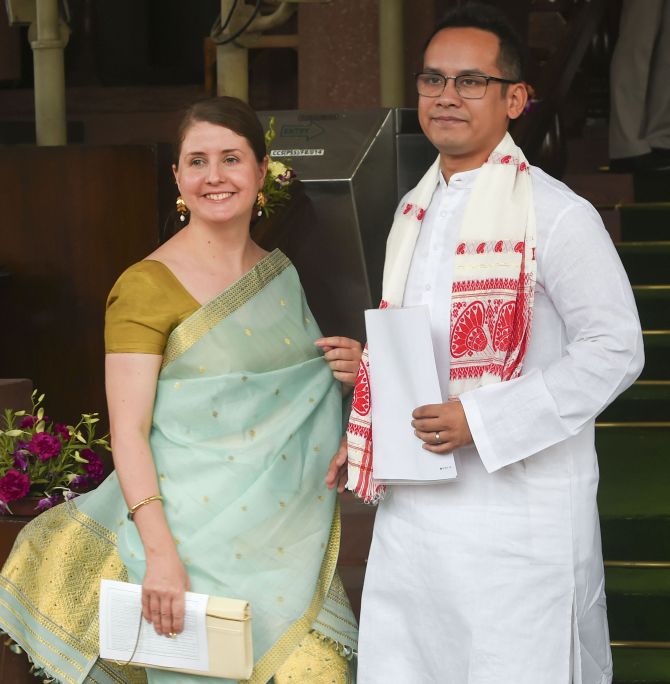 BJP member from Bihar Jarnardhan Singh Sigriwal expressed desire to take oath in Bhojpuri, but the Lok Sabha Secretary General said the language was not in the eight schedule of the Constitution. 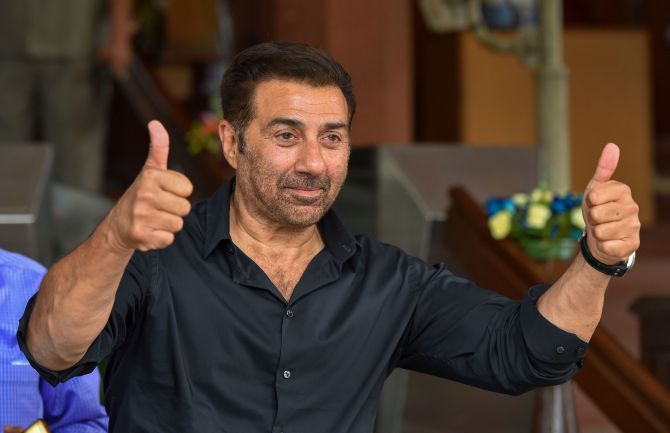 Amid thumping of desk by Congress members, Rahul Gandhi took the oath in English. He won the election from Wayanad in Kerala.

He had also contested from the Gandhi bastion of Amethi in Uttar Pradesh but was defeated by BJP leader and Union Minister Smriti Irani by a margin of over 55,000 votes.

Minutes before taking oath, he tweeted: "Representing Wayanad, Kerala, I begin my new innings in Parliament by taking my oath this afternoon, affirming that I
will bear true faith and allegiance to the Constitution of India". 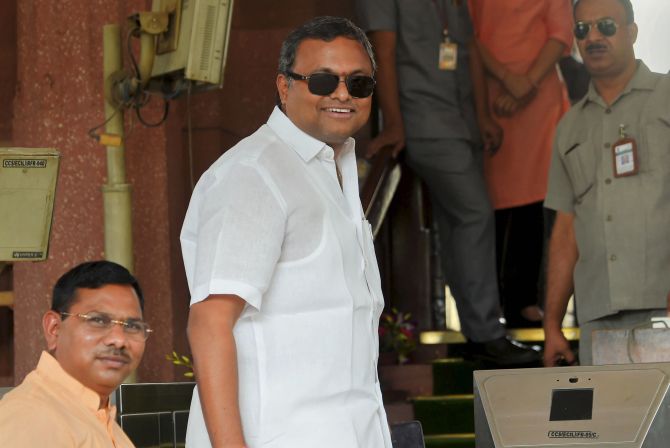 Union Ministers Babul Supriyo and Debashree Choudhury, who are from West Bengal, were greeted by fellow BJP MPs with "Jai Shri Ram" slogans when they were called to take oath as Lok Sabha Members.

The cheer was apparently to take a dig at West Bengal Chief Minister Mamata Banerjee who had allegedly objected to uttering the slogan during some incidents. When Union minister of state for environment and forest Supriyo was called to take oath, BJP members loudly cheered with "Jai Shri Ram". 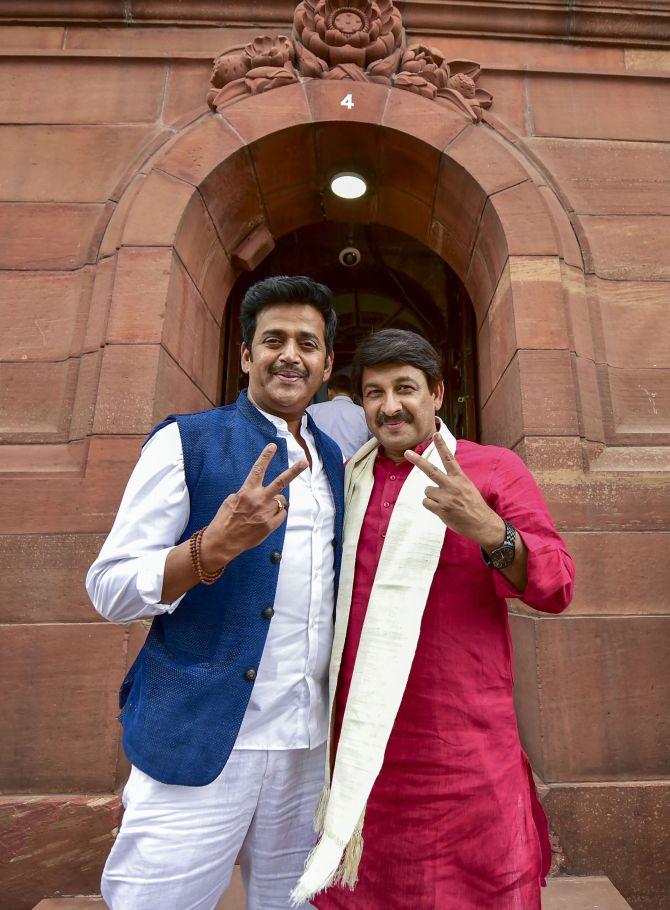 The slogan was repeatedly chanted when Choudhury, Union minister of state for women and child development, was called to take oath.

At least seven persons were detained on March 31 for chanting "Jai Shri Ram" slogan when Banerjee's motorcade passed through North 24 Parganas district of the state.