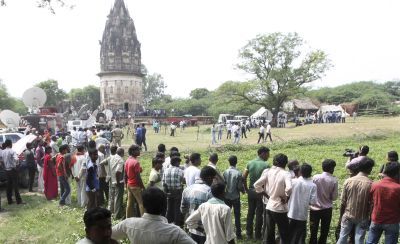 The Archaeological Survey of India on Sunday installed a couple of close-circuit cameras around the ruins of an 18th century fortress in Daundiya-Khera village of Unnao district (about 140 km from Lucknow), where its teams were busy digging in search of 1000 tons of gold, believed to have been buried there -- as per a dream witnessed by a popular local godman Baba Shobhan Sarkar.

The excavation was formally undertaken on October 18 with Unnao district magistrate striking the first shovel on the ground. And at the end of the third day of excavation, when the digging touched about 4 feet deep, ASI teams have struck the edge of a wall made of ‘lakhauri’ brick, commonly used in 17h and 18th century buildings.

Broken pieces of old earthenware utensils were also stated to have been found in one of the ten pits being dug by experts.

Even as a large part of the fortress which is in ruins was cordoned off by ASI and was under round-the-clock surveillance of police, the need for close circuit cameras was felt because of the increasing rush of people from far and wide, which necessitated intensified security.

According to an ASI official, “Currently excavation is being undertaken in ten pits, each measuring about 10X10 feet; and if need be more pits may be dug.”

“People continue to pour in from various places to have a glimpse of the excavation, which everyone hopes will make Baba Shobhan Sarkar’s dream come true”, said local village head Ajay Pal Singh.

He told this scribe over telephone from Daundiya-Khera, “You see we all have a lot of faith in Baba Shobhan Sarkar who persuaded the government to get ASI to look for the gold; we are all confident that the baba’s dream will come true if ASI follows his path.”

Sarkar’s closet disciple and his official representative Omji Maharaj continues to stick to his claim -- “the baba cannot be wrong; there is 1000 tons of gold buried here and once it is recovered, India will be in a position to give strength to its falling rupee in terms of the dollar.”

While the glitter of gold continues to elude the ‘treasure hunt team’, yet another claimant for the gold sprung up on Sunday, when a delegation of All India Kshatriya Mahasabha raised a demand for their share in the “booty”.

“Since the fortress belongs to an erstwhile royal family of Rajputs, the Kshtriya Mahasabha ought to be naturally entitled to a share in the gold recovered”, declared Mahasabha president Uma Shankar Singh who led the delegation to the excavation site on Sunday.

Earlier, Samajwadi Party general secretary and Rajya Sabha MP Naresh Agrawal had raised the pitch for the state government’s share in the gold.

Meanwhile a few persons, posing themselves as “descendents” of Raja Ram Baksh Singh (the owner of the fortress) have also staked their claim.

Raja Ram Baksh Singh, an erstwhile ‘taluqdaar’ of Avadh, ruled this area before being hanged by the British for participating in the first war of independence in 1857. His two daughters, who were his only successors, ended their lives by jumping into the Ganga river after which the palace remained abandoned before it eventually crumbled.

Image: Onlookers stand at the site of digging at Daundia Khera village in Unnao district 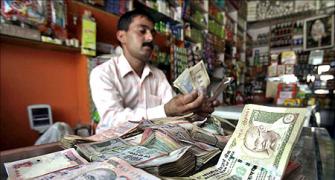 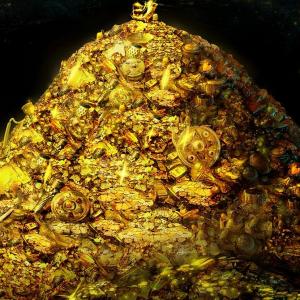