In the first fallout of the Dantewada massacre, the Central Reserve Police Force on Friday shunted out Deputy Inspector General Nalin Prabhat and two other officers for their alleged lapses.

CRPF director General Vikram Srivastava told PTI that the decision has been taken "after considering the E Rammohan Committee report and the court of inquiry conducted by the CRPF."

Besides 42-year-old Prabhat, a 1993-batch IPS officer of Andhra Pradesh cadre, the other two officials who have been sent out are Commandant A K Bisht and Inspector Sanjeev Bangre, he said.

While Prabhat will be joining in Chandigarh, a charge he was already holding, Bisht has been moved to a training centre Aradi in Orissa. Bangre has been shifted to Anantnag in Kashmir.

Srivastava said a separate Court of Inquiry to be headed by an officer of the rank of Inspector General has been instituted against these three officers.

R S Sahota will replace Prabhat while Ashok Swami will move in as Commandant of 62 batallion, the CRPF DG said.

CRPF Inspector General in the Bastar region Ramesh Chandra, who retired on April 30, will also be facing a court of inquiry for his alleged commissions and omissions.

The Rammohan Committee had inquired into the April 6 incident in which 75 CRPF personnel and one Chhattisgarh policeman were gunned down by the Naxals in Chintalnar of Dantewada district.

The committee had alleged that the planning of the operation had not been done properly. The CRPF personnel killed on that day had virtually become sitting ducks for the Naxals after they had virtually violated every standard operating procedure which included not to take help of villagers and never rest at any place for more than four hours.

This was the first incident post-Independence when the CRPF causality was so high. 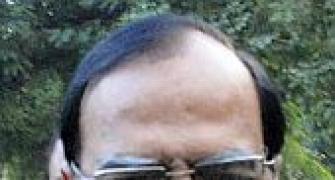 Ruchika case: Rathore to be stripped of medal