December 28 is going to be a decisive day for the three major political parties in Andhra Pradesh -- Congress, Telugu Desam and YSR Congress.

With the Centre finally convening an all-party meeting in New Delhi on that day on the vexatious Telangana issue, these parties will now have to clearly spell out where they exactly stand on the state bifurcation issue.

The last meeting of eight "recognised" political parties from Andhra Pradesh on the Telangana issue was held long ago on January 6, 2011, a week after the Justice Srikrishna Committee submitted its report to the Centre.

TDP abstained from that meeting while Congress did not spell out its stand.

Telangana Rashtra Samiti, which is leading a movement for a separate state since 2001, BJP and CPI favoured creation of Telangana state while CPI-M, Majlis-e-Ittehadul Muslimeen and erstwhile Praja Rajyam stood for a unified state.

There is no change in the stance of TRS, BJP, CPI, CPI-M and MIM. Praja Rajyam is now extinct and YSR Congress comes in its place.

Congress, which is in power both at the Centre and in the state, has so far not revealed its stand on Telangana despite promising to carve out a separate state way back in 2004.

Principal Opposition TDP had notified its stance on the statehood issue once in October 2008 when its politburo adopted a resolution seeking creation of Telangana state.

"It is a historic necessity," TDP supremo N Chandrababu Naidu had remarked, announcing the party's resolve to back the creation of a separate state. Much water had flown since then and the party remained vertically divided on the statehood issue after the Centre declared on December 9, 2009 that the "process for creation of Telangana" was being initiated.

However, it was Naidu who took the initiative and wrote a letter to Prime Minister Manmohan Singh on September 26 demanding that an all-party meeting be convened for "immediate resolution" of the statehood tangle.

The 21-month-old YSR Congress was not even in existence when the last all-party meet on Telangana was held but it has since emerged as a potent political force in the state.

Neither TDP nor YSRC are in a position to influence the Centre's decision on Telangana but still their political fortunes are delicately balanced on the very issue.

TDP has a solid base in all the three regions of the state while YSRC's effective strength lies in Andhra-Rayalaseema.

Favouring creation of a separate state straightaway is likely to erode both parties' base in Andhra-Rayalaseema though they may score points in Telangana. 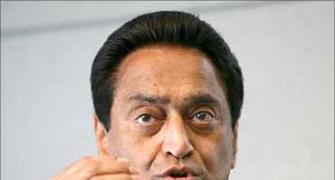 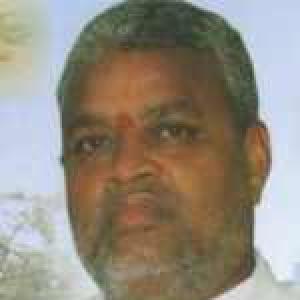