The COVID-19 situation in metro cities such as Delhi, Mumbai and Chennai is improving while higher number of cases are being reported from semi-urban areas, sources in the government said on Friday. They said mortality rate in the country is still relatively low and that around 26 lakh people have recovered from the disease so far.

Besides, active cases of coronavirus infection comprise around 21.90 per cent of the total cases.

"Metro cities like Delhi, Mumbai and Chennai are improving currently. Bengaluru will hopefully come under control soon. Higher number of cases are being reported from semi-urban areas now," a source said.

Cases in new areas in Maharashtra like Pimpri Chinchwad, Sangli, Solapur, are are rising.

Similarly, infections are being reported from Virudhunagar in Tamil Nadu and Bellary in Karnataka, the source said.

Cabinet Secretary Rajiv Gauba on Thursday reviewed the COVID-19 management and response strategy in nine states and one UT which contributed to 89 per cent of deaths due to the infection in the last two weeks, the Union health ministry had said in a statement on Thursday.

In a review meeting, these states and the union territory were asked to continue with rigorous vigil so as to contain the spread of infection as well as take steps to reduce fatalities.

The states and the UT were advised to proactively take steps towards reducing case fatality to less than one per cent across all districts focusing on effective containment, contact tracing and surveillance. 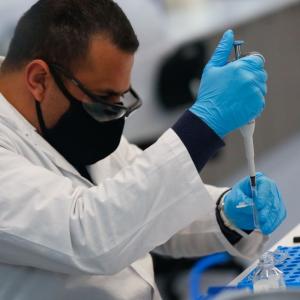 India may get Covid vaccine by early 2021: Report