Three of the four major states delayed testing despite worsening indicators.
Only Tamil Nadu quickened the pace after the first signs of deterioration.
Abhishek Waghmare reports. 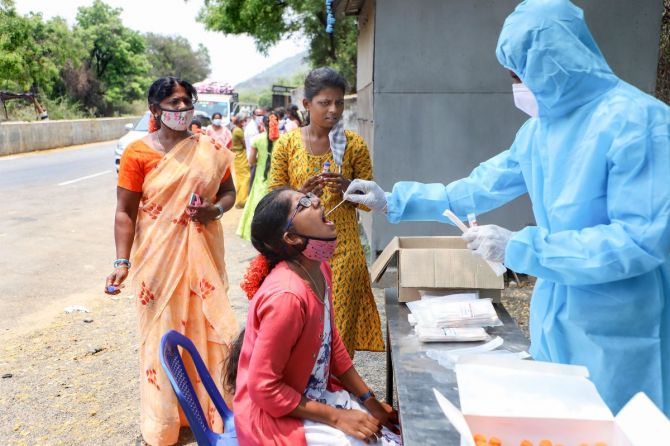 Assembly elections are in full swing this year particularly in West Bengal, where the polls have been scheduled over a protracted period of one month.

Polling days have passed by in Tamil Nadu, Assam, Kerala, and Puducherry.

But as the campaign rages in Bengal, COVID-19 is spreading with a speed never imagined before in multiple states.

Including, of course, the states mentioned above.

Did poll bound states change their strategy of tackling COVID-19 because they had elections?

Only Tamil Nadu quickened the pace after the first signs of deterioration.

Let us look at Kerala, a state that was one of the best performers in the country in terms of tests carried out daily.

Here, we take the rate of testing as tests carried out daily per 10,000 people (DTR), uniformly for all the four states. 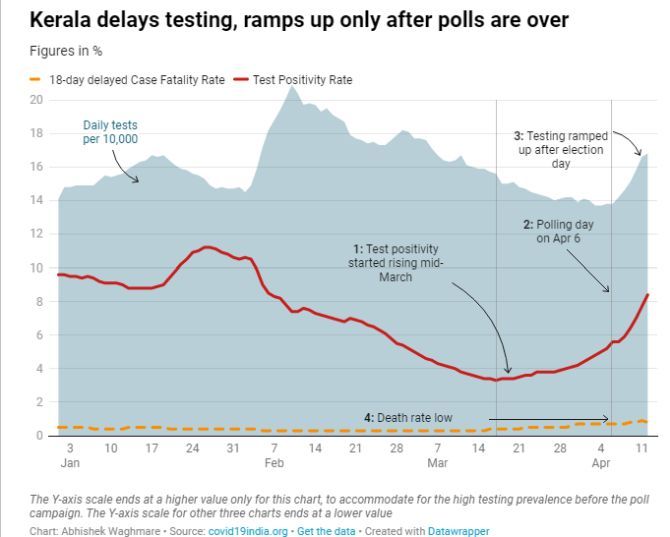 This has resulted in a better capture of the real COVID-19 situation in the state.

In fact, while Assam's TPR is quite low, its death rate is high.

Here, we measure death rate as the delayed case fatality rate, which is the number of deaths today, as a share of cases 18 days ago.

Assam's case is curious in that the death rate was higher than positivity rate.

The national level 18-day CFR has hovered over and below 1 per cent, and has currently worsened to 1.8 per cent (as the second wave approaches its peak). 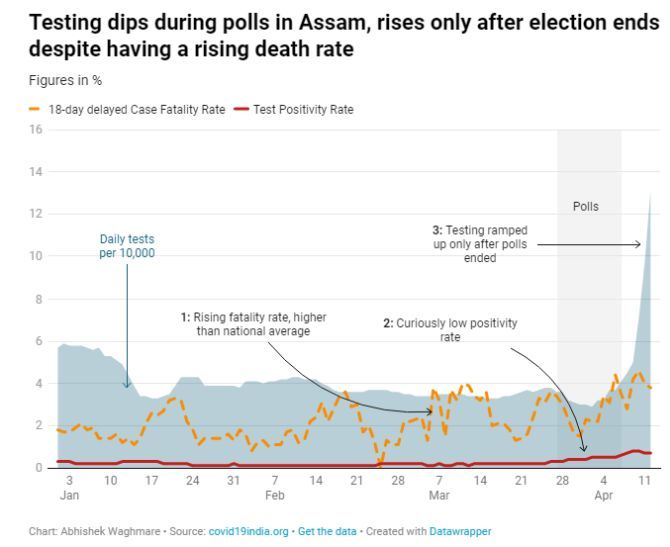 West Bengal, half-way through the elections, is still faring very poorly on testing.

If the completion of poll phases prompted states to pay attention to testing, WB seems to be neglecting it.

Bengal is conducting less than 4 tests per 10,000 people.

In fact, in absolute terms, the Pune Municipal Corporation (a city of 3.5 million people in Maharashtra) is conducting more daily tests than the entire state of West Bengal, which houses a 100 million people.

In West Bengal, TPR started rising from the lows in February itself.

It was not until the Test Positivity Rate crossed 3 per cent that testing was slightly pushed up.

It is rising, but still, the level is very low.

If WB goes on a path similar to what Kerala and Assam did, it may not put thrust on testing till the polls are over. Among the poll bound states, Tamil Nadu stands apart. It raised its testing level -- and kept raising it gradually -- at the first sign of a rise in test positivity. 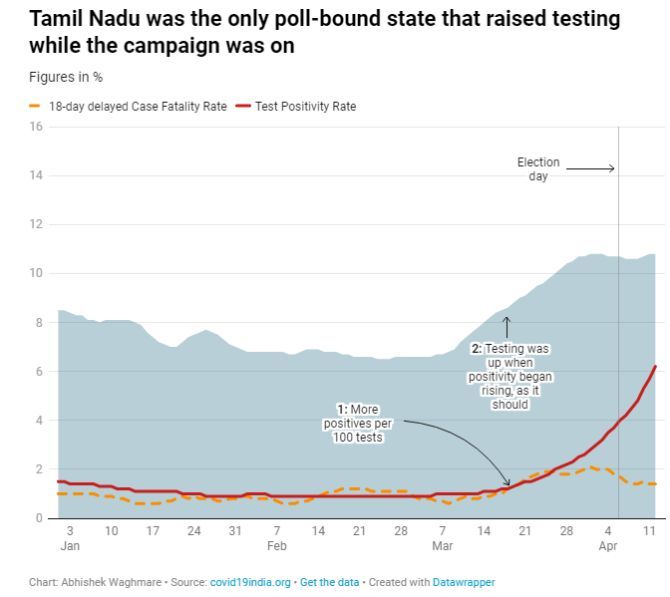 In the last few days, testing has stabilised at more than 10 tests per 10,000 people.

This is lower than the level of testing in Maharashtra, the most affected state, but nonetheless a correct response to a worsening condition. 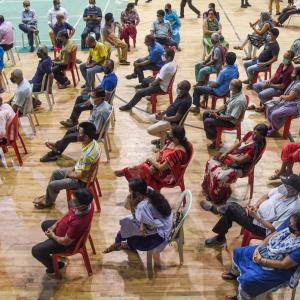