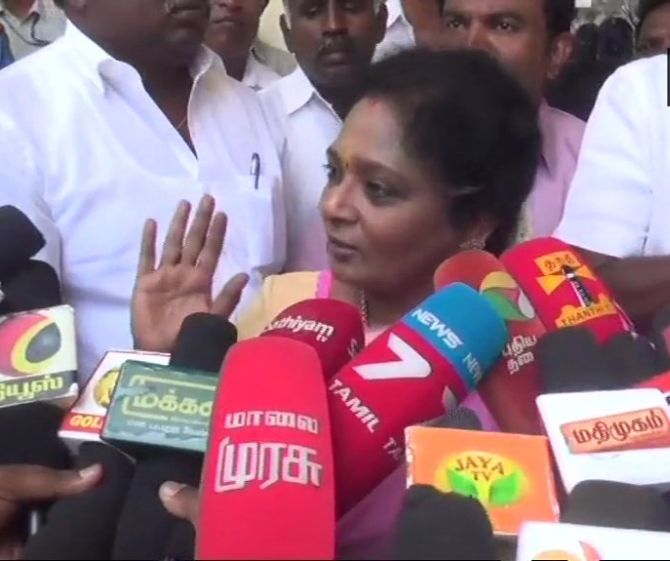 The court ordered the police to register a case under Sections 341, 294(b) and 506(1) of the Indian Penal Code after Sophia's father had approached the court, alleging that Soundararajan and her party workers had reportedly used abusive language against his daughter and misbehaved with her.

On September 3, Sophia allegedly shouted 'Fascist BJP government down down' on board a Chennai-Tuticorin flight.

Enraged by Sophia's sloganeering, Soundararajan, also on board the aircraft, got into a verbal spat with the her and later, allegedly with the police, who were stationed at the Tuticorin airport.

Soundararajan also lodged a complaint and Sophia was later detained for interrogation. However, the police released the girl on unconditional bail.

The Tamil Nadu BJP president claimed that the girl belonged to some organisation and was tutored to misbehave with the BJP leaders.

"It is the duty of the media to find out the name of the organisation that she belongs to. No normal passenger sitting in the flight have the audacity to misbehave with the leaders like that.

"I am sure this move was tutored," she had said last month. 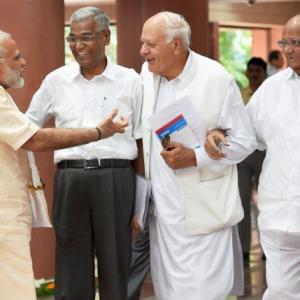