A Delhi court on Wednesday issued non-bailable warrants (NBWs) against two serving Pakistani Army Majors and three LeT operatives for plotting terror attacks in Delhi, Mumbai and other parts of the country.

"I issue NBWs against the five accused persons. The warrants are returnable on October 7," District and Sessions Judge S P Garg said.

The court, however, did not allow the plea of NIA seeking NBWs against JuD Chief Hafiz Saeed and Lashkar's operation commander Zaki-ur-Rehman Lakhvi as a Mumbai court has already issued NBWs against them.

"A Mumbai court has already issued the NBWs against them. This is sufficient for getting red corner notices issued against them."

The court in its eight-page order has dealt with the contentions of NIA which said issuance of NBWs was necessary for further probe in the case pertaining to national security.

The warrants came a day after links between terror networks and Pakistan's official establishment as well as intelligence agencies were underlined by comments made by India's National Security Adviser Shivshankar Menon.

His comments came against the backdrop of revelations that Pakistani-American and LeT operative David Headley made about Pakistani Navy training 26/11 attackers and ISI controlling the 60-hour-long Mumbai assault from beginning to end.

The NBWs are required for issuance of Red Corner Notices (RCN) against them.

The judge was yesterday provided with the case diary containing the statements of Headley, recorded by NIA in Chicago where Headley is lodged in a detention centre. 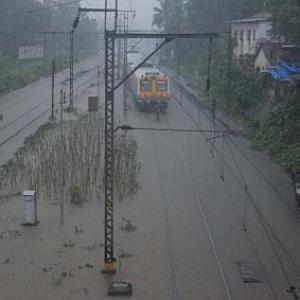