India on Wednesday suspended all visas, except a few categories such as diplomatic and employment, till April 15 in a bid to contain the spread of novel coronavirus, according to an official statement. The suspension will come into effect from 1200 GMT on March 13 at the port of departure.

The decision was taken at a meeting of a group of ministers held under the chairmanship of Health Minister Harsh Vardhan.

"All existing visas, except diplomatic, official, UN/International organisations, employment and project visas, stand suspended till 15th April 2020. This will come into effect from 1200 GMT on 13th March 2020 at the port of departure," the statement said.

Any foreign national who intends to travel to India for compelling reason may contact the nearest Indian Mission, the release said, adding that all incoming travellers, including Indian nationals, arriving from or having visited China, Italy, Iran, Republic of Korea, France, Spain and Germany after February 15 will be quarantined for a minimum period of 14 days.

The government advised the incoming travellers, including Indian nationals, to avoid non-essential travel and told them that they can be quarantined for a minimum of 14 days on their arrival in India.

"Indian nationals are strongly advised to avoid all non-essential travel abroad. On their return, they can be subjected to quarantine for a minimum of 14 days," it said.

International traffic through land borders will be restricted to designated check posts with robust screening facilities.

These will be notified separately by the ministry of home affairs, the release said.

Provision for testing primarily for students/compassionate cases in Italy to be made and collection for samples to be organised accordingly.

Those tested negative will be allowed to travel and will be quarantined on arrival in India for 14 days, the press release said.

The GOM discussed the recommendations made by the Committee of Secretaries chaired by the Cabinet Secretary and took the latest decisions, the release added.

Source: PTI© Copyright 2020 PTI. All rights reserved. Republication or redistribution of PTI content, including by framing or similar means, is expressly prohibited without the prior written consent.
Related News: Overseas Citizenship of India, GMT, Harsh Vardhan, Republic of Korea, France
SHARE THIS STORY
Print this article 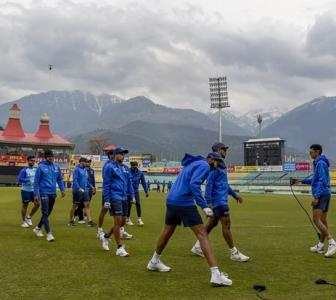 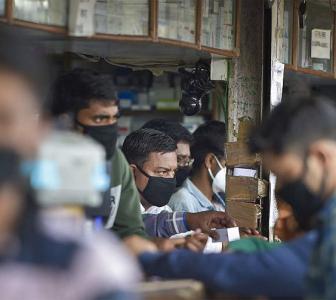 These Indian tech cos better poised to tackle COVID-19 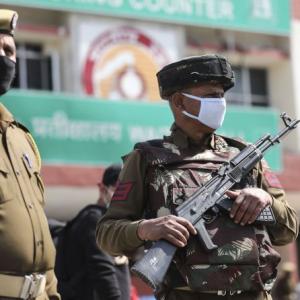