Tabligh members under treatment not cooperating: Docs to Delhi govt

Doctors from various hospitals in the national capital, where the members of Tabligh-e-Jamaat are admitted, have complained to the Delhi government that those from the religious organisation undergoing treatment are not cooperating with the medical staff, sources said on Friday. 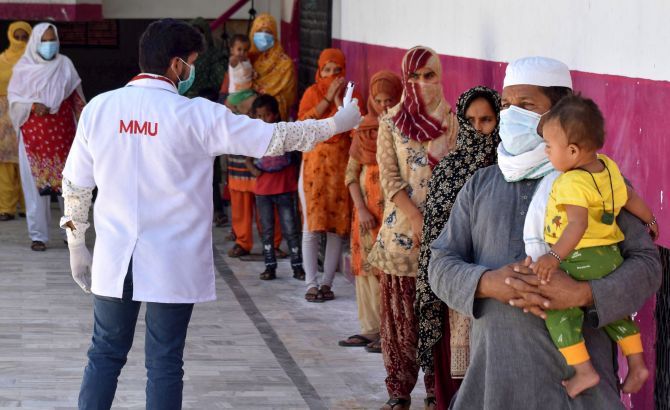 IMAGE: A medic checks the temperature of attendees of a religious congregation in Delhi's Nizamuddin area during their isolation period at a COVID-19 quarantine facility in Prayagraj, on Friday. Photograph: PTI Photo

The doctors have also demanded enhanced security outside and within the hospitals where the Markaz evacuees have been admitted.

A doctor said some patients evacuated from Nizamuddin Markaz, the headquarters of Tabligh-e-Jamaat in south Delhi, don't follow instructions from doctors and are reluctant to take medicines.

Another senior doctor with the Rajiv Gandhi Super Specialty Hospital recently complained to the Delhi government that the people brought from Nizamuddin Markaz are not cooperating with the medical staff.

In the neighbouring Ghaziabad, the Tabligh-e-Jamaat members quarantined at the district hospital allegedly misbehaved with the nurses, making lewd remarks and dropping their pants, following which the Uttar Pradesh government slapped the stringent National Security Act against them.

They were later shifted to a temporary isolation ward at a private educational institute. Some of them are in Ghaziabad at an isolation ward of the MMG District Hospital.

In a sharp reaction, Uttar Pradesh Chief Minister Yogi Adityanath called those involved in the hospital incident 'enemies of humanity'.

Police said the Tabligh-e-Jamaat members have been booked for indulging in ugly acts and passing lewd remarks against the women staff members at the hospital.

On Wednesday, the Delhi government, along with the Delhi Police, cleared the Nizamuddin markaz and evacuated over 2,000 people.

In Delhi alone, 1,810 people linked to the markaz have been quarantined and 536 are undergoing treatment at different hospitals.

Chief Minister Arvind Kejriwal said on Friday that the total number of coronavirus cases stood at 384 of which 259 were linked to Nizamuddin Markaz.

One more death was reported on Friday, taking the COVID-19 toll in Delhi to five -- three fresh cases were also linked to Tabligh-e-Jamaat.

On Thursday, the Delhi Health department officially sought more security from police in hospitals as the coronavirus patients brought from the Markaz and some other patients were triggering a 'law and order problem' and 'commotion' in hospitals.

It said those who had congregated inside the mosque were brought out in a 'massive exercise' held from March 30 to April 1, 536 of them were sent to various hospitals after they showed symptoms and 1,810 were sent to quarantine facilities.

One person from the Markaz, who was admitted at the Rajiv Gandhi Super Speciality Hospital, 'attempted suicide', but was saved by the hospital staff, while two other inmates at a quarantine facility in Narela escaped and were tracked in Patparganj, a letter to Delhi's Police Commissioner said.

During an interaction over a video link with Chief Minister Arvind Kejriwal on Wednesday, a senior doctor had also said that the patients brought from the Markaz were 'not cooperating' with the medical staff.

On Wednesday, similar complaints were also made by the residents of railway colony in Tughlakabad, where 167 people evacuated from the Markaz were quarantined at a nearby makeshift facility, prompting senior officials to request local authorities for necessary action.

Residents alleged that while being brought to the quarantine centre through a road leading from the colony, the Markaz evacuees coughed, sneezed and even spat on the road deliberately. 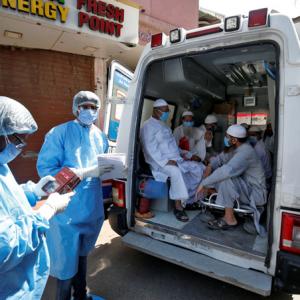 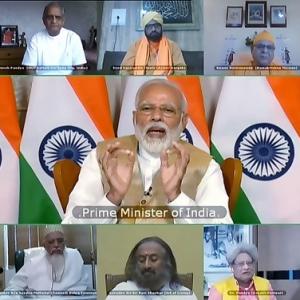