Delhi Bharatiya Janata Party chief Manoj Tiwari on Monday came under fire from the Aam Aadmi Party for playing cricket in neighbouring Haryana by crossing the "borders sealed" due to the COVID-19, and allegedly violating lockdown norms. 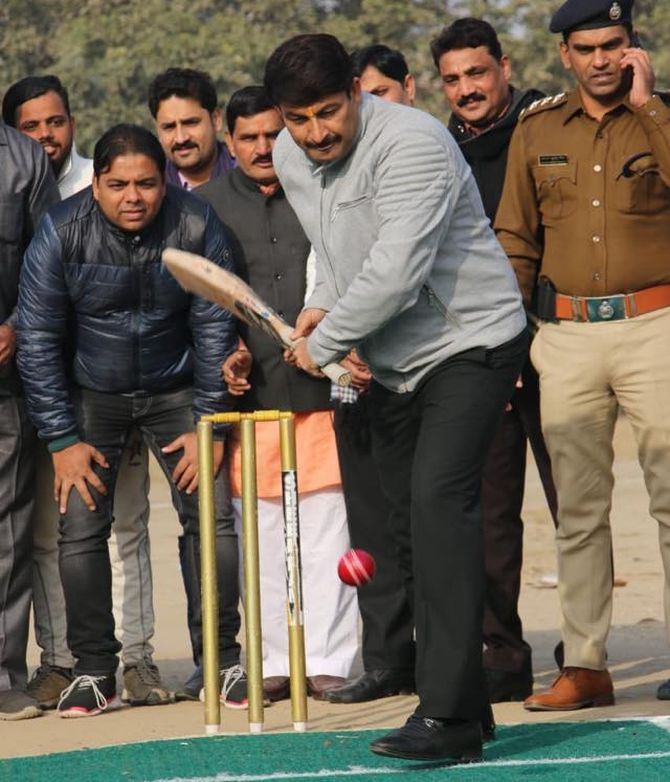 Tiwari, however, asserted he did not break any law. He hit back at the AAP for raising the issue to "divert attention" of media from allegations of corruption against its MLA Prakash Jarwal who is currently behind the bars.

"I did not violate any norm. As per ministry of home affairs orders on lockdown 4.0, sports grounds and stadiums have been opened without audience. I had proper permission to travel to Haryana," Tiwari said.

The Delhi BJP president on Sunday visited Gannaur in Haryana's Sonipat, 30 km from Delhi and played cricket at a local stadium.

Senior AAP leader and Rajya Sabha MP Sanjay Singh attacked Tiwari, saying it was "utterly insensitive act" on the part of the Delhi BJP president, also an MP, to visit another state to play cricket by "violating" COVID-19 lockdown norms.

"The BJP-ruled Khattar government in Haryana is stopping (from visiting Delhi) doctors and nurses of Delhi who live in the state."The BJP government has closed all roads connecting Delhi and Haryana. But it did not stop Tiwari who went there to play cricket," Singh charged.

He also said that the incident showed "insensitivity" of Tiwari who chose to play cricket at a time when a large number of migrant workers in the country were passing through a humanitarian crisis due to the coronavirus pandemic and lockdown.

Tiwari, however, attacked the AAP, alleging a "water tanker mafia" was being run in the city, and AAP leaders wanted to divert the attention from the arrest of MLA Prakash Jarwal in connection with suicide by a doctor.

"The AAP is highlighting me playing cricket because they want to evade questions over the arrest of Jarwal and loot by the tanker mafia," he charged.

"He played cricket on the request of the private stadium owners in absence of any spectators," Bakshi said.

The Delhi BJP president has been on the ground since the lockdown was declared to help and feed the needy people that AAP leaders "failed" to do, he claimed.

Neighbouring Uttar Pradesh has also sealed its borders with Delhi to contain the spread of coronavirus. 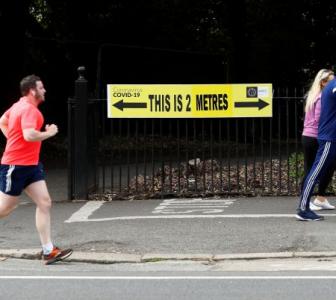 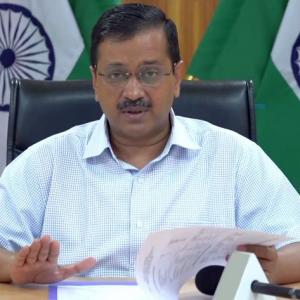 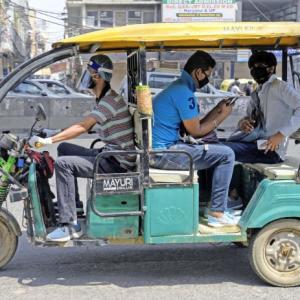