Days after the violence at Aligarh Muslim university over the amended citizenship law, four students remain admitted at the Jawaharlal Nehru Hospital's trauma centre on the campus, one of them with his hand amputated, a doctor said. 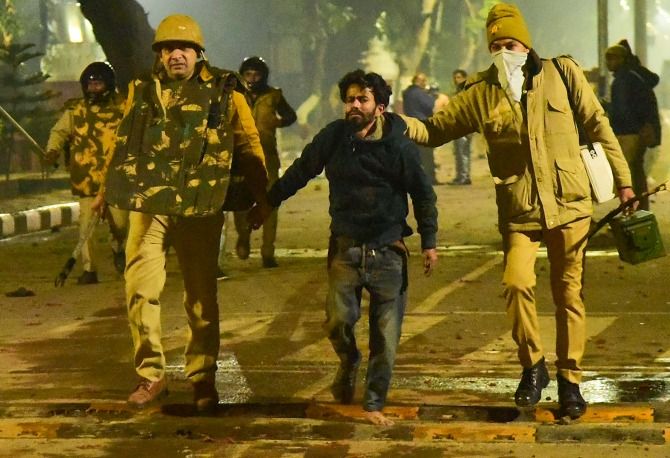 "I do not wish to say anything beyond the fact that I have lost my hand," Mohammad Tariq, a PhD student, whose is being treated at the trauma centre said.

Others alleged that the police had cracked down brutally on AMU students protesting peacefully against the Citizenship Amendment Act. The police, however, said they faced stone-pelting by unruly protesters and had to resort to lathi-charge and tear gas to contain them.

AMU Vice Chancellor Tariq Mansoor has said he called the police into the campus after “an angry mob of thousands” collected inside.

The mob posed an “imminent danger” to the lives of the students and university property of the university," he said in an open letter after Sunday's violence. But he has also complained of “excesses” by police.

Still admitted at the trauma centre, undergraduate Mohammad Tazeen, 19, alleged that he and several others faced a merciless attack” by police.

He said he was dragged out of the AMU guest house number 3, thrashed there and again at the Malkhan Singh Hospital, “where nearly 20 of us were taken in police vans supposedly for treatment".

He said he was part of a group of students peacefully holding a protest on Sunday night inside the campus near the Bab-e-Syed Gate, in solidarity with students at Delhi's Jamia Millia University.

He said the students took refuge in the guest house when the police lobbed “stun grenades” and tear gas shells. They chased after the students and dragged him and four other students out, Tazeen told PTI.

The students were allegedly thrashed by policemen at the Malkhan Singh Hospital. They were refused water and policemen said they were “anti-nationals” should be sent to Pakistan, he alleged.

Next morning, a senior doctor arrived at Malkhan Singh Hospital, plastered his hands and referred him and the others to the Jawaharlal Nehru Medical College hospital, despite objections by policemen.

Most of the students sent there were discharged after immediate treatment. Dr Ehtisham, Chief Medical Officer at the JN Hospital's trauma centre, said four students are still undergoing treatment there.

AMU Vice Chancellor Tariq Mansoor, who recently visited the hospital, said, "We are following up all the cases of serious injury.”

He said Tariq, whose hands were amputated, will get the best possible treatment anywhere in the country, or even abroad, to ensure that he is able to lead a normal life.

"Reports of police excesses have reached me and we will ensure that all such complaints are investigated by competent authorities," he said. 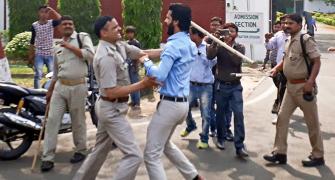 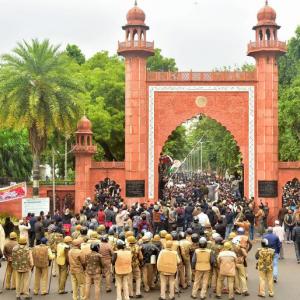 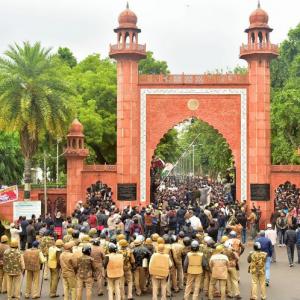