Tamil Nadu Director General of Police KP Jain has proceeded on long leave, taking moral responsibility of a gang hacking a sub-inspector to death in the presence of two Tamil Nadu ministers.

The government announced the appointment of Letika Saran, IPS, as the new Director General of Police Tamil Nadu, replacing K P Jain, who has gone on long a leave.

Chief Minister Karunanidhi, instead of sacking the two ministers who witnessed the death of a sub-inspector, accepted the voluntary retirement of DGP KP Jain and appointed Letika Saran.

The move comes a day after a gang hacked to death a sub-inspector attached to the Alwarkurichi police station in Tirunelveli district in daylight in the presence of two ministers.

A release issued by the principal secretary on Friday said Letika Saran, DGP, Training, Chennai, was being transferred and posted as DGP, Tamil Nadu.

Jain said that he was going on leave from January 14 to April 29. He is due to retire on April 30. "I sought leave and got it," he said, when asked for the reason behind his decision.

Asked if it should be construed as "protest leave", he said, "I am very happily and willingly going." Jain, who belongs to the 1971 IPS batch, took charge as DGP on March 31, 2008. 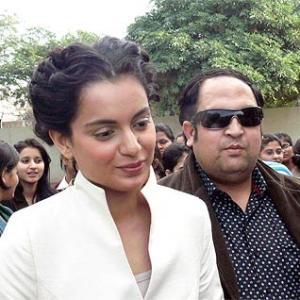