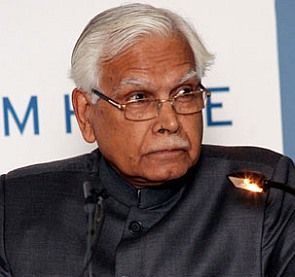 Natwar Singh, former Congress leader, on Friday said that the strong reaction from Sonia Gandhi to his new book, proves that it has touched a "raw nerve" and something has "upset" her so much that she came out.

He also claimed in an interview to NDTV that "50 Congressmen" called him to congratulate him for "telling the truth" in his new book.

Gandhi had on Thursday said, "I will write my own book and then you will come to know everything... the only way truth will come out is if I write... I am serious about it and I will be writing."

Gandhi had responded to a question about the row triggered by the autobiography of Natwar Singh in which he claims that it was Rahul Gandhi's fear for her life that prevented her from becoming Prime Minister contracting her version that she heeded to her "inner voice" in not taking up the post.

Insisting that she was not hurt, Gandhi said that she had seen worse things like her husband Rajiv Gandhi being assassinated and her mother-in law Indira Gandhi riddled with bullets.

Natwar Singh said the very fact that Gandhi reacted to the contents in his book was "significant" as she had not reacted to the book by Sanjaya Baru, media adviser to former Prime Minister Manmohan Singh.

Why, because it touched a raw nerve, he was asked. Natwar Singh responded, "Obviously, that's something, you know, has upset her so much, that she came out. If I was advising her, I would say don't say anything."

On Manmohan Singh dubbing Natwar Singh's version of why Gandhi refused to become PM and on other issues as a "marketing gimmick", the former External Affairs Minister said, "Facts are what Sanjaya Baru said and what I said and what many others have said."

"Did he go to meet Sonia to have tea," he asked.

On Rahul Gandhi, Natwar Singh said he was a "strong-willed person" and "not a pushover" but did not have the "fire in his belly" to serve as a full-time politician.

"He may not be a brilliant politician but as a human being, he is very tough. And I don't think he would fear about his own life."

In his book 'One Life is Not Enough' which hit the stands today, Natwar Singh, has described Gandhi as "venomous", "obsessively suspicious" and "a prima donna who was treated like royalty from the day she stepped in to India."

Singh (83), an estranged Gandhi family friend, had quit the Congress in 2008 after he had to resign from the UPA-I Government in 2005 in the wake of the Iraqi food-for-oil scam.

He has denied any wrongdoing and says that Gandhi did not intervene because she was told by advisers that her proximity to him would allow critics to allege that he was acting on her behalf in siphoning money.

He hoped Gandhi will write her book "sooner than later. I think she is entitled to her views. And I look forward to reading her book".

In a swipe at Gandhi's Italian roots, a point raised in the past against her by the opposition, Natwar Singh said, "No Indian would have treated me this way."

Flaying Gandhi's refusal to give him a chance to counter the allegations of corruption against him, he said, "We have a tradition that people who are older than you...you give them regard....anyone not born in India would not know this."

Singh, however, was clear that without the Gandhis as its anchor, the Congress will disintegrate into "five factions."

He said, "For the last 15 years, Sonia Gandhi has held the party together." 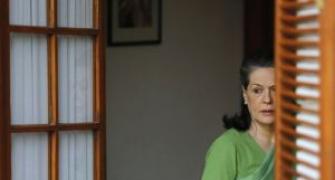 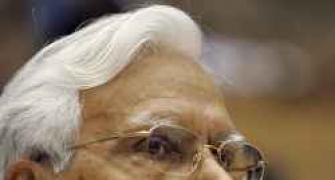 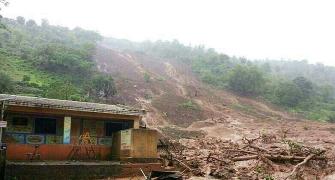 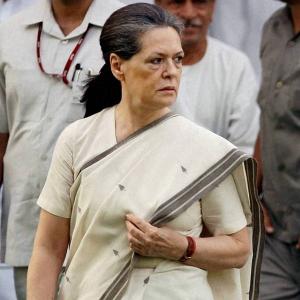 I will write my own book of truth: Sonia 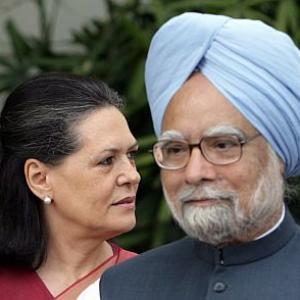