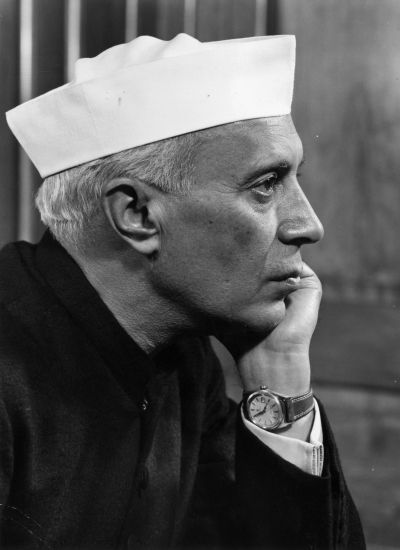 One of the write-ups in Hindi journal "Congress Darshan" blamed Nehru for "the state of affairs in Kashmir, China and Tibet", while another made the controversial remarks about Congress President Sonia Gandhi's parent.

As the Bharatiya Janata Party, still smarting from repeated disruptions of Parliament by the Congress that saw important bills like the one on GST getting stuck, gloated over rival's discomfiture, saying the "truth" it had been hiding had come out, the main opposition party claimed the magazine was not its "mouthpiece".

As the two unsigned articles in the journal published by by Mumbai Regional Congress Committee, left Congress in discomfort, Nirupam, who also heads the party's city unit, tendered an apology and sacked Sudhir Joshi, the man in charge of the magazine's editorial content.

One of the articles, a tribute to the country's first home minister Sardar Vallabhbhai Patel, had references to the "strained" relations between him and Nehru.

The article cited a letter Patel had purportedly written in 1950 to caution Nehru against China's policy towards Tibet wherein he had described China as "unfaithful and a future enemy of India".

"Had Patel been heard (by Nehru) then, the problems of Kashmir, China, Tibet and Nepal wouldn't have existed now. Patel opposed Nehru's move of taking the Kashmir issue to the UNO," the article went on to say.

Another piece, which focused on Sonia, described her early life and her "ambition to become an airhostess". It termed her father a "fascist soldier" who, the article claimed, was a member of the Italian forces that lost to the Russians in the World War II.

"Sonia Gandhi's father Stephano Maino was a former fascist soldier," the article claimed and described her rapid rise in the Congress hierarchy.

"Sonia Gandhi registered as a primary member of the Congress in 1997 and became the party’s president in 62 days. She also made an unsuccessful attempt to form a government," the article said.

Nirupam, who initially distanced himself from the articles, later admitted the "mistake".

"I do not agree with the article. It seems to have been sourced, but I don't know who the writer(s) is," said Nirupam but later admitted the "mistake".

"I admit the mistake. Inquiry will be initiated into the editorial department which committed the mistake. We will make sure that such a mistake is not repeated," he said.

Delighted at Congress's plight, senior BJP leader and Union Minister Prakash Javadekar, in a left-handed compliment, "congratulated" Nirupam and quipped the former MP from Mumbai was known for such write-ups when he was the editor of the Hindi edition Shiv Sena mouthpiece 'Dopahar Ka Saamana'.

"The Congress journal which is named Congress Darshan should be called 'Satyarth Darshan' (sight of truth). It is significant that it has come on the 131st foundation day of the party. Sardar Patel had maximum support in Congress to become the prime minister but Gandhiji proposed Nehru and kept Patel at a bay.

"Patel merged 562 provinces into India and Nehru was in charge of only Kashmir and it remains a problem. Patel had warned about China's betrayal on Tibet... This is not the BJP or Javadekar saying so but the mouthpiece of Congress. What Congress had been hiding has come out. I congratulate Sanjay Nirupam," Javadekar told a press conference in Delhi.

Congress claimed it had nothing to do with the publication nor had it appointed Nirupam as the magazine's editor.

Vadakkan said Congress had appointed Nirupam as MRCC chief and not the editor of any magazine and also distanced the party from the sacking the magazine editor.

In Delhi, Congress leaders Salman Khurshid and Raj Babbar said that the issue should be seriously looked into.

Notwithstanding Congress's claim of having nothing to do with the publication, BJP secretary Shrikant Sharma questioned the sacking of the magazine's content editor Suraj Joshi, saying it showed the party's "intolerance against truth" as most of what had appeared was a "matter of fact".

Javadekar quoted from the write-up, which criticised Nehru's Kashmir and China policies, while lavishing praise on Patel, as he sought to further embarrass Congress.

"Congress mouthpiece would never write about Patel. And now when it has written, it has written only truth," he said, claiming that leaders outside Nehru-Gandhi family like P V Narasimha Rao, Lal Bahadur Shastri besides Patel never got "justice" from it, a party of "one family". 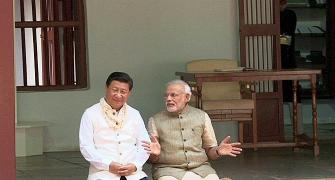 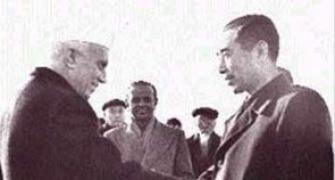 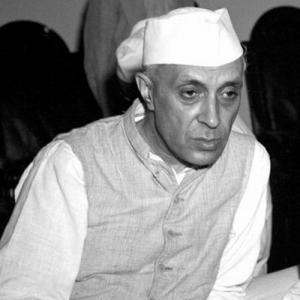