The Congress on Tuesday wrote a letter to Facebook chief executive officer Mark Zuckerberg, demanding a probe into the alleged "bias" and interference of the social media gaint's India leadership team in the country's electoral democracy, even as the Bharatiya Janata Party took a swipe at the opposition party, saying any organisation that does not work to its liking is accused of acting under BJP-RSS pressure. 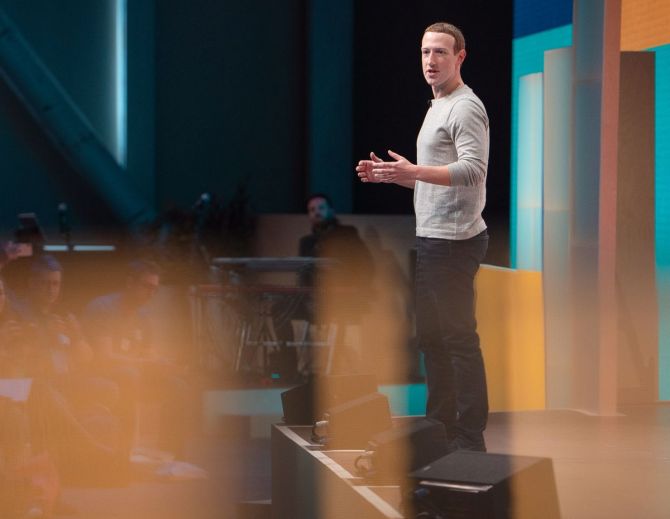 A massive political row broke out after a report by the Wall Street Journal last week alleged that senior Facebook executives had opposed applying hate speech rules to posts by certain BJP leaders, with the BJP and the Congress engaged in a bitter war of words for the last three days over the issue.

In the letter to Zuckerberg, the Congress general secretary KC Venugopal referred to the WSJ report, and said there were clear charges against the leadership of Facebook India of favouring the BJP consistently and being "complicit in propagating hate speech" by leaders belonging to the party.

He demanded setting up of a high level inquiry by Facebook headquarters into the Facebook India leadership team, their operations and submit a report to the board of Facebook within one or two months, and said pending the probe and submission of the report, the company should "consider a new team to lead Facebook India operations so as to not influence the probe".

Hitting back at the Congress, Union information technology minister and senior BJP leader Ravi Shankar Prasad said people whose political base has "shrunk like anything" seek to dominate discourse on these platforms, and asserted that everybody regardless of his ideology has the right to air views.

He said former Congress president Rahul Gandhi believes that any organisation that does not work to his liking is acting under the pressure of the BJP and the RSS.

"If the platform is public, then every Indian regardless of his ideology and commitment has got the right to convey his view. It is a hard fact we need to know that people whose political base has shrunk seek to dominate discourse on these platforms," Prasad said.

Hitting out at Gandhi over his hate-speech barbs at the BJP, he said the Congress leader's comments during the Delhi assembly polls that youth will hit Prime Minister Narendra Modi with sticks in six months if he doesn't address the issue of unemployment in the country, was a "text book case of instigation for violence".

Sharing the Congress' letter on his Twitter handle, Gandhi said Facebook needs to be questioned by all Indians.

"We cannot allow any manipulation of our hard-earned democracy through bias, fake news and hate speech. As exposed by WSJ, Facebook's involvement in peddling fake and hate news needs to be questioned by all Indians," he tweeted.

Reacting to the controversy, Facebook on Monday said the company's social media platform prohibits hate speech and content that incites violence, adding these policies are enforced globally without regard to political affiliation.

"While we know there is more to do, we're making progress on enforcement and conduct regular audits of our process to ensure fairness and accuracy," a Facebook spokesperson said.

In the report, the WSJ cited interviews with unnamed Facebook insiders to claim that one of its senior India policy executives opposed applying hate speech rules to posts by certain BJP leaders, including BJP MLA from Telangana Raja Singh.

Raja Singh has rejected allegations that he posts communally charged comments online, asserting he only works in the national interest.

He also said his official FB page had been "hacked and blocked" in 2018 but that there has been no response from police on a complaint filed by him.

The Congress also noted that the report "specifically...states "Ms Das (of Facebook India) has provided the BJP with favourable treatment on election-related issues."

Describing the allegations against the company as "damning and serious", it said it was not too late to "course correct and make amends".

"As India's oldest political party that fought for the nation's freedom and established India's electoral democracy through universal adult franchise, it is deeply disturbing to note that your company may be a willing participant in thwarting the very rights and values that our founding leaders sacrificed their lives for,” Venugopal said in the letter.

In his letter, Venugopal said Congress has repeatedly raised the issue of "bias" with many Facebook and WhatsApp executives.

He said other political parties have raised the issue in India's Parliament adding that the Congress has separately demanded a probe by a Parliamentary Committee in India into "this very serious issue of Facebook's interference in world's largest electoral democracy".

Meanwhile, an FIR has been filed in Raipur against a senior Facebook executive and two users of the social media platform for allegedly hurting religious sentiments, Senior Superintendent of Police Ajay Yadav said.

Three persons, identified as Ankhi Das from New Delhi, Ram Sahu from Mungeli (Chhattisgarh) and Vivek Sinha from Indore (Madhya Pradesh) have been booked on the complaint of Awesh Tiwari, a Raipur-based journalist of a news channel, the official said.

On Monday, Ankhi Das had filed a complaint with the Delhi Police, alleging that she has been receiving "threats to her life" and that she was intentionally "vilified" following publication of the report.

Reacting to the Facebook row, Shiv Sena said, "there is no objection to debates on a medium like Facebook. But action should be taken irrespective of party affiliation if hatred is spread and language of disintegrating the country and communities is used,"

"Companies like Facebook cannot ignore the person spreading hatred just because he/she belongs to the ruling party", the Sena said in an editorial of its mouthpiece Saamana.

Both the Congress and the Communist Party of India-Marxist have already demanded a probe by a Joint Parliamentary Committee into the charges against Facebook.

On Sunday, Union IT minister Prasad had hit out at the Congress over the issue and reminded the opposition party of the Cambridge Analytica issue.

Prasad's reference to Cambridge Analytica was about the allegations the Congress faced in 2018 that the UK-based firm offered the party data mining of Facebook posts in a bid to influence voters in 2019 Lok Sabha polls. Congress had rejected the charges. 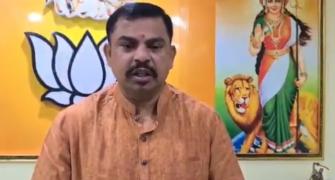 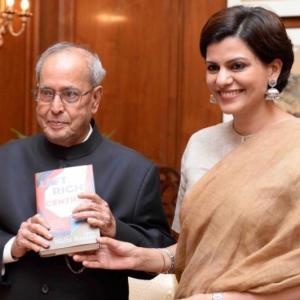