Trying to wriggle out of the controversy over Union Minister V Narayansamy's remarks on the Comptroller and Auditor General, the Congress on Monday indicated that the government will not go in for changes in the auditor's institutional mechanism based on the "activities of a person".

Denying suggestions that incumbent Vinod Rai has become a pain in the neck for the ruling dispensation, party spokesman Sandeep Dikshit told reporters that the CAG is the "companion" of the government.

"I don't think the government will take institutional measures based on the activities of a person," he said when asked whether the government was contemplating making the CAG a multi-member body.

The party has earlier accused Rai of "going beyond the mandate" in reports on 2G and coal block allocations.

In an interview to PTI, Minister of State in the Prime Minister's Office V Narayanasamy had talked about the government mulling a proposal to make CAG a multi-member body, which drew sharp criticism from the opposition and civil society. The minister had later sought to retract his comments on this issue.

Dikshit, who was subjected to a volley of questions on the issue, said the minister has clarified that he was "misquoted and misunderstood".

"I have no reason to doubt what Narayanasamy has said," he said.

"CAG is a companion of the government. It is part and parcel of the government. CAG is not a pain in the neck for anyone. It gives an opinion, right or wrong, which is sent to the Public Accounts Committee for consideration. Unfortunately, CAG has given some reports which give an impression that (something is wrong between the CAG and government)," he said

At the same time, he made it clear that the Congress has "no stand" on the matter and it was for the government to decide.

"Right now, there is no stand. Constitution speaks of one CAG. The Shunglu Commission has given its report, making CAG a multi-member body is a recommendation of the committee. It is for the government to look into it," he said.

The Congress's reaction came close on the heels of the Bharatiya Janata Party threatening that any move to dilute CAG's authority would be seriously opposed by the party inside and outside Parliament. 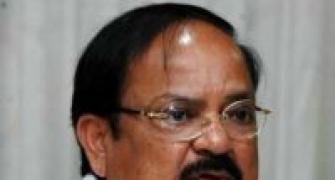