The ruling Congress in Rajasthan suffered a jolt with the Bharatiya Janata Party beating it in panchayat elections, an outcome which the winning party on Wednesday called a 'farmers' mandate' amid protests against the Centre's new agri-marketing laws. 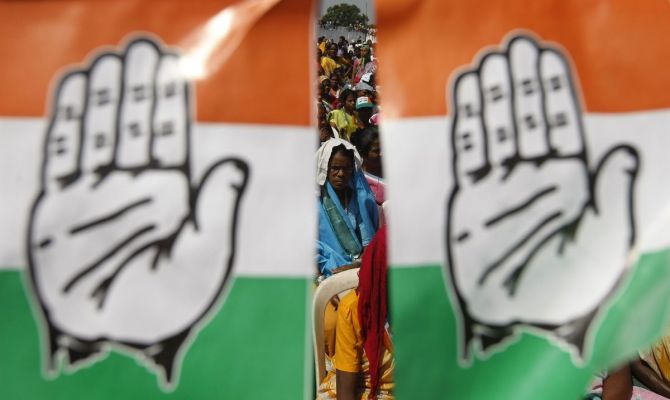 The BJP bagged 1,989 of the 4,371 panchayat samiti seats while the Congress won 1,852 with almost all results of the four-phase local government polls being declared.

At the zila parishad level, BJP candidates won 353 of the 635 seats for which results were declared and the Congress got 252.

Only one zila parishad seat result is yet to be announced in the election held across 21 of the state's 33 districts.

The BJP candidates are now in majority in 13 of these district boards and the party is set to head one more with the help of ally RLP.

The Congress has won five of the remaining zila parishads.

The results come as a boost for the Bharatiya Janata Party when its government at the Centre is facing protests -- mainly from farmers in Punjab and Haryana -- over the three new laws to deregulate the sale of crops.

In Delhi, Union minister Prakash Javadekar said the results indicate that crores of rural people are in favour of agriculture reforms.

"This is a farmers' mandate and a vote for farm reforms," he told reporters.

He said the results bucked a trend in Rajasthan where in the panchayat elections in 2010 and 2015, the party in power had won the rural government elections as well.

Polling for the panchayat elections was held on November 23 and 27, and December 1 and 5.

The results come just days before the Ashok Gehlot government completes two years in Rajasthan, and only months after it tackled a revolt among the Congress MLAs led by sacked deputy chief minister Sachin Pilot.

The Congress lost even in the home districts of ministers Govind Singh Dotasra, who is also the head of the party's state unit, Cooperative Minister Udai Lal Anjana and Sports Minister Ashok Chandna.

In Sikar's Laxmangarh panchayat samiti, which comes under Dotasra's constituency, the BJP won 13 of the 25 seats while Congress got 11.

In Chittorgarh's Nimbahera panchayat samiti, the BJP won 14 out of 17 seats, an embarrassment for minister Udai Lal Anjana.

In Tonk panchayat samiti, where no party got a majority, three independent winners have pledged support to Tonk MLA Sachin Pilot, according to the husband of one of them.

If this happens, the samiti will go to the Congress.

Rajasthan Congress president Dotasra said his party will perform better in the next election.

'Many thanks to all the candidates for increasing the base of the party in the panchayat elections held in 21 districts of the state,' the Congress leader tweeted.

'These results motivate us to do better in future; Congress will do better in the upcoming elections by keeping good synergy between the government and the organisation,' he added.

But BJP state president Satish Poonia said the results signaled 'farewell' to the 'corrupt government' in the state. 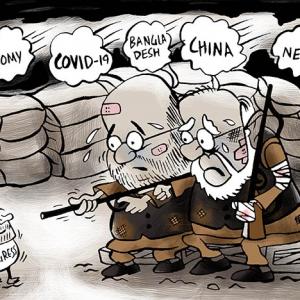